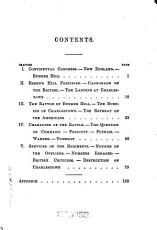 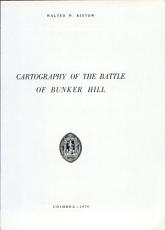 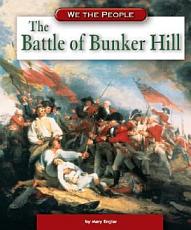 Book Description:
Examines the events, aftermath, and significance of the Battle of Bunker Hill.

Book Description:
This is a reproduction of a book published before 1923. This book may have occasional imperfections such as missing or blurred pages, poor pictures, errant marks, etc. that were either part of the original artifact, or were introduced by the scanning process. We believe this work is culturally important, and despite the imperfections, have elected to bring it back into print as part of our continuing commitment to the preservation of printed works worldwide. We appreciate your understanding of the imperfections in the preservation process, and hope you enjoy this valuable book. 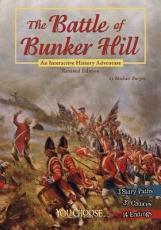 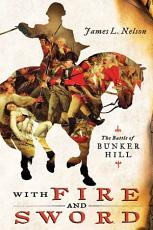 Book Description:
On June 17, 1775, the entire dynamic of the newborn American Revolution was changed. If the Battle of Lexington and Concord was, in the immortal words of Ralph Waldo Emerson, the "shot heard round the world," Bunker Hill was the volley that rocked Britain's Parliament and the ministry of King George III to its core. The Battle of Bunker Hill was the first hostile engagement of the Revolution between two organized armies, and the first time that a genuine American army had ever taken the field. It gave the British their first inkling that the Colonial rabble-in-arms they had envisioned might actually prove to be a formidable fighting force. In this book, award-winning author James L. Nelson tells the exciting and dramatic story of the fight that changed the face of the American Revolution. He looks at the events leading up to that fateful day, the personalities on both the British and American sides who made momentous decisions, and the bloody outcome of those crucial choices, which would affect the British strategy on the battlefield throughout the coming six more years of active warfare. A masterful new history of the first set-piece battle of the Revolutionary War, With Fire and Sword offers critical new insights into one of the most important actions of our country's founding.