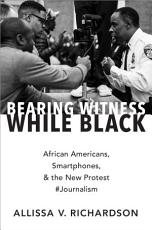 Book Description:
"Bearing Witness While Black: African Americans, Smartphones and the New Protest #Journalism tells the story of this century's most powerful Black social movement--through the eyes of 15 activists who documented it. At the height of the Black Lives Matter uprisings, African Americans filmed and tweeted evidence of fatal police encounters in dozens of US cities--using little more than the device in their pockets. Their urgent dispatches from the frontlines spurred a global debate on excessive police force, which claimed the lives of African American men, women and children at disproportionate rates. This groundbreaking book reveals how the perfect storm of smartphones, social media and social justice empowered Black activists to create their own news outlets, which continued a centuries-long, African American tradition of using the news to challenge racism. Bearing Witness While Black is the first book of its kind to identify three overlapping eras of domestic terror against African American people--slavery, lynching and police brutality--and explain how storytellers during each period documented its atrocities through journalism. What results is a stunning genealogy--of how the slave narratives of the 1700s inspired the Abolitionist movement; how the black newspapers of the 1800s galvanized the anti-lynching and Civil Rights movements; and how the smartphones of today have powered the anti-police brutality movement. This lineage of black witnessing, Allissa V. Richardson teaches us, is formidable and forever evolving. Richardson's own activism, as an award-winning pioneer of smartphone journalism, informs this text deeply. She weaves in personal accounts of her teaching in the US and Africa--and of her own brushes with police brutality--to share how she has inspired black youth to use mobile devices, to speak up from the margins. It is from this vantage point, as participant-observer, that she urges us not to become numb to the tragic imagery that African Americans have documented. Instead, Bearing Witness While Black conveys a crucial need to protect our right to look--into the forbidden space of violence against black bodies--and to continue to regard the smartphone as an instrument of moral suasion and social change"-- 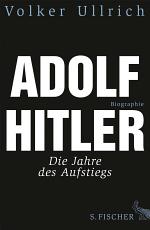