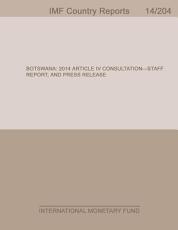 Book Description:
KEY ISSUES Setting: The seeds of good governance and prudent macroeconomic and natural resources management planted by the Botswana authorities paid off with an impressive increase in the GDP per capita during the last three decades. However, as in many other small middle-income countries (SMICs) in the region, trend growth has softened in recent years, reflecting the decline in the contribution of total factor productivity (TFP) to growth which calls for policies to reduce structural bottlenecks in the economy. Current conditions and outlook: Botswana’s economy remains broadly internally and externally balanced and the authorities’ near-term macroeconomic policy mix is appropriate. Output growth is expected to slowdown in 2014 reflecting partly weaknesses in the non-mineral sector, while inflation is expected to remain within the Bank of Botswana’s (BoB) medium-term objective range of 3-6 percent. Fiscal policy: Staff supports the FY2014/15 budget, which reins in unproductive current spending, while protecting growth-promoting capital spending. Achieving medium-term fiscal consolidation objectives adopted in the budget, would require articulating concrete measures to reduce the wage bill relative to GDP and broaden the revenue base. Financial sector development: Botswana’s banking system is well-capitalized and profitable with relatively low nonperforming loans. Although from a low base, credit growth to households continues to expand at a high rate, which poses potential vulnerabilities for the financial sector. Thus, staff recommends that macro prudential measures be considered to temper the rate of growth of household borrowing. In this context, staff welcomes the government’s emphasis on enhancing greater financial deepening and inclusion, while preserving the stability of the financial system. Reinvigorating growth: Returning to an era of strong growth and accelerating Botswana’s convergence to higher income levels would require policies to reinvigorate TFP growth. These include improving the quality of public spending, notably in public investment projects and education to ensure the transformation of diamond wealth into sustainable assets. The authorities’ efforts to improve the country’s competitiveness, including through reducing the regulatory burden on firms, is also welcomed. Past advice: There is broad agreement between the Fund and the authorities on the macroeconomic policy stance and structural reform policy priorities. Consistent with staff’s advice, the FY 2014/15 budget outlined a framework to reduce the burden of loss- making state-owned enterprises on fiscal resources and propel them toward commercial viability. Furthermore, the budget includes medium-term projections of government accounts, as recommended by staff during past consultations. However, progress towards reducing the wage bill relative to GDP remains modest. 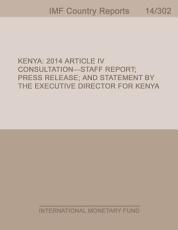 Book Description:
KEY ISSUES Context: Kenya has embarked on major reforms in line with the 2010 constitution. The new government has started the process of devolution at a fast pace, introducing a reporting framework that allows for monitoring progress and challenges. Macroeconomic stability in a market-friendly environment continues attracting the interest of foreign investors. Kenya placed its first US$2 billion Eurobond at favorable terms, with proceeds to be used to upgrade power generation and transportation. Promising commercial prospects of oil discoveries have the potential of providing significant foreign exchange and fiscal resources. Kenya is actively participating in the integration of East Africa, showing progress in reducing delays from the port of Mombasa to Kampala and Kigali. Kenyan banks export their successful business models through East Africa and other countries in the region, while complying with upgraded prudential regulations. The Central Bank of Kenya (CBK) maintains proactive financial inclusion policies that have been effective in facilitating access to credit by small and medium enterprises. Thanks to legal reforms, the Financial Action Task Force has removed Kenya from its watch list. Recent terrorist attacks and threats have raised security concerns, especially in coastal areas bordering Somalia. Outlook and policies: Growth is projected to accelerate to 5.8 percent in 2014/15 on the back of higher public and private investment and measures to improve the business environment. The 2014/15 budget aims at rebalancing recurrent and development spending. Medium-term fiscal policies intend to bring down the debt burden consistent with the East African Community Monetary Union (EAMU) Protocol convergence criteria. Inflation remains broadly in check, but rising food prices and rapid credit growth require careful monitoring by the CBK. Focus: Discussions centered on the implementation of devolution, in particular on the enforcement of accountability provisions. Some checks and balances are proving effective, such as the required Treasury approval of guarantees for county borrowing. However, a more systematic framework is needed. Staff and the authorities agreed that the scale of transfers to counties magnified government’s cash management problems that need to be addressed with the help of the recently introduced Treasury Single Account (TSA). This would also contribute to more effective monetary operations. Discussions also focused on the design of the legal framework for natural resource management aimed at ensuring consistency with public finance management provisions. 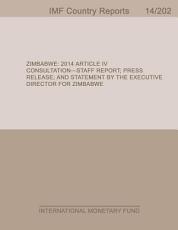 Book Description:
This 2014 Article IV Consultation highlights that economic rebound in Zimbabwe experienced since the end of hyperinflation in 2009 has now ended. After averaging 10 percent over 2009–2012, growth fell to an estimated 3.3 percent in 2013, reflecting tight liquidity conditions, election-year uncertainty, weak demand for key exports, competitiveness pressures, and the impact of adverse weather conditions. Inflation continued its downward trend from 2.9 percent (year over year) at end-2012 to ?0.3 percent in April 2014. The medium-term outlook, under the baseline scenario, is for growth to average some 4 percent, as large mining sector investments reach full capacity. 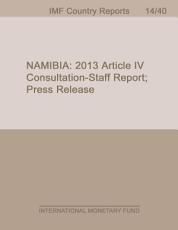 Book Description:
This 2013 Article IV Consultation highlights that Namibia’s real GDP grew by a healthy 5 percent in 2012. Preliminary data for the first half of 2013 suggest that growth has moderated; the slowdown reflects weak global demand for exports, which more than offset the solid growth in the non-mineral sector, most notably in retail trade. At end-October 2013, inflation stood slightly below 5 percent. The IMF Staff projects that output growth would further moderate to about 4 percent in 2013. Mineral exports will likely remain subdued on account of weak external demand with growth slowing in Namibia’s major trading partners. 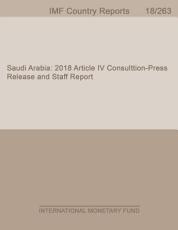 Book Description:
Reform momentum remains strong under Vision 2030. New reform initiatives are being rolled-out under the Vision Realization Programs (VRPs). Oil prices have risen over the past year and are positively affecting fiscal and external balances. Higher oil prices provide both an opportunity and a risk to the fiscal reforms. 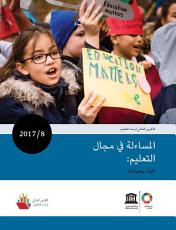 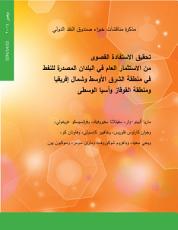 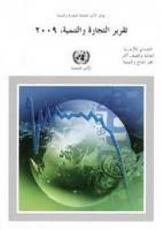 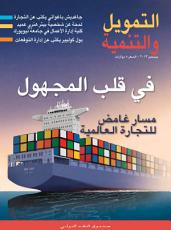 Book Description:
For the latest thinking about the international financial system, monetary policy, economic development, poverty reduction, and other critical issues, subscribe to Finance & Development (F&D). This lively quarterly magazine brings you in-depth analyses of these and other subjects by the IMF’s own staff as well as by prominent international experts. Articles are written for lay readers who want to enrich their understanding of the workings of the global economy and the policies and activities of the IMF.