Book Description:
Caterina, a little brown bird who loves to make lists, plans to earn money by selling lemonade, but when others have the same idea, Caterina must find a way to make her stand eye-catching. 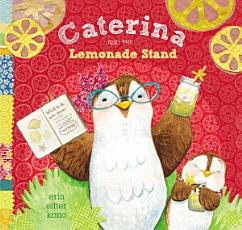 Book Description:
Caterina creates the most unique lemonade stand in the neighborhood in this sunny second book of an endearing new series, just right for fans of Max & Ruby and Ladybug Girl. Caterina loves making lists and planning big, creative projects, and this time she’s planning a lemonade stand – the perfect summer pastime. She’s hoping to earn enough money for a new scooter, but finds that she’s not the only one in town with the lemonade idea. Everybody seems to be selling the refreshing treat, so how can Caterina’s stand truly stand out? Leave it to our hard-working, artistic bird (with a little help from her faithful younger brother, Leo) to make a joyous success of her plan. Readers will want to try Caterina’s bright idea, or maybe come up with a great one of their own. And they’ll cheer the surprise ending -- a happy one for Caterina and especially for sweet Leo. 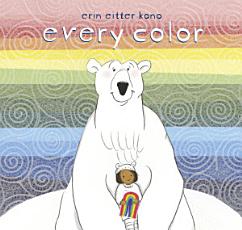 Book Description:
A new friendship helps a polar bear realize that it’s possible to see every color in the rainbow—you just need to know how to look In this picture book perfect for fans of Carson Ellis’s Home and Aaron Becker’s Journey, Bear longs to see color . . . but everything around him on the North Pole is white, white, white. When a seagull brings a gift from a little girl, Bear falls in love with the colors in her painting, but it's not enough. So the girl sets off in her boat to take Bear on an adventure and help him see the colors up close. The pair visits colorful landmarks around the world, from the windmills of Holland to the Egyptian pyramids to New York's Statue of Liberty. And by the time they return to Bear's polar home, Bear has learned to see color reflected all around him—especially the colors of the Northern Lights, which were there all along. 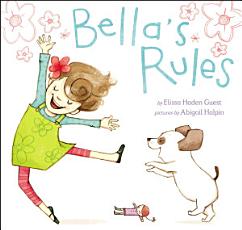 Book Description:
In the vein of Eloise and Marley, here's an adorable tale of two well-intentioned rule breakers who show each other how friends deserve to be treated Bella knows her family's rules by heart, but she much prefers her own: Candy for breakfast, no hair-washing, and no such thing as bedtime. And then . . . Bella the wild child gets a new pet! At first, Bella and Puppy are the very best of friends. But when it turns out that Puppy doesn't like the family rules either (including the rule not to gnaw off Bella's teddy bear's arm), well...it's time for a little puppy training. And Bella might just learn a thing or two herself! 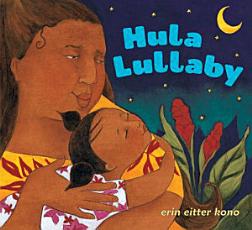 Book Description:
Against the backdrop of a beautiful Hawaiian landscape, a young girl cuddles and sleeps in her mother's lap. 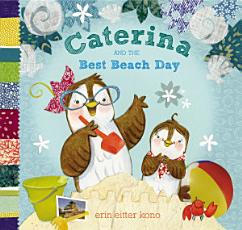 Book Description:
Fans of Max & Ruby and Ladybug Girl will love spending a day at the beach with Caterina! Caterina is a little brown bird with a penchant for planning, so when she and her little brother, Leo, spend the day at the beach, she makes sure to bring along everything they’ll need to have a perfect summer day. Leo’s dearest wish is to see a whale, but even Caterina knows that no one can plan that kind of awesome encounter. But soon, Leo spies something big and gray in the water. Can he convince Caterina to leave the plan behind and chase the whale with him? Fans of the first two books will recognize Caterina's signature focus, and cheer when Leo takes the lead in this summertime adventure.

Book Description:
Caterina is a little brown bird with a love of lists, but even with great ideas and careful planning, things go wrong on the day she throws her very first party for friends. 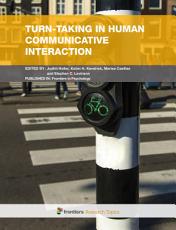 Book Description:
The core use of language is in face-to-face conversation. This is characterized by rapid turn-taking. This turn-taking poses a number central puzzles for the psychology of language. Consider, for example, that in large corpora the gap between turns is on the order of 100 to 300 ms, but the latencies involved in language production require minimally between 600 ms (for a single word) or 1500 ms (for as simple sentence). This implies that participants in conversation are predicting the ends of the incoming turn and preparing in advance. But how is this done? What aspects of this prediction are done when? What happens when the prediction is wrong? What stops participants coming in too early? If the system is running on prediction, why is there consistently a mode of 100 to 300 ms in response time? The timing puzzle raises further puzzles: it seems that comprehension must run parallel with the preparation for production, but it has been presumed that there are strict cognitive limitations on more than one central process running at a time. How is this bottleneck overcome? Far from being 'easy' as some psychologists have suggested, conversation may be one of the most demanding cognitive tasks in our everyday lives. Further questions naturally arise: how do children learn to master this demanding task, and what is the developmental trajectory in this domain? Research shows that aspects of turn-taking, such as its timing, are remarkably stable across languages and cultures, but the word order of languages varies enormously. How then does prediction of the incoming turn work when the verb (often the informational nugget in a clause) is at the end? Conversely, how can production work fast enough in languages that have the verb at the beginning, thereby requiring early planning of the whole clause? What happens when one changes modality, as in sign languages – with the loss of channel constraints is turn-taking much freer? And what about face-to-face communication amongst hearing individuals – do gestures, gaze, and other body behaviors facilitate turn-taking? One can also ask the phylogenetic question: how did such a system evolve? There seem to be parallels (analogies) in duetting bird species, and in a variety of monkey species, but there is little evidence of anything like this among the great apes. All this constitutes a neglected set of problems at the heart of the psychology of language and of the language sciences. This Research Topic contributes to advancing our understanding of these problems by summarizing recent work from psycholinguists, developmental psychologists, students of dialog and conversation analysis, linguists, phoneticians, and comparative ethologists. 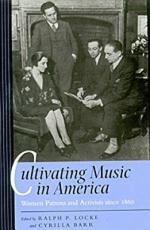 Book Description:
"The Victorian cup on my shelf--a present from my mother--reads 'Love the Giver.' Is it because the very word patronage implies the authority of the father that we have treated American women patrons and activists so unlovingly in the writing of our own history? This pioneering collection of superb scholarship redresses that imbalance. At the same time it brilliantly documents the interrelationship between various aspects of gender and the creation of our own culture."--Judith Tick, author of Ruth Crawford Seeger: A Composer's Search for American Music "Together with the fine-grained and energetic research, I like the spirit of this book, which is ambitious, bold, and generous minded. Cultivating Music in America corrects long-standing prejudices, omissions, and misunderstandings about the role of women in setting up the structures of America's musical life, and, even more far-reaching, it sheds light on the character of American musical life itself. To read this book is to be brought to a fresh understanding of what is at stake when we discuss notions such as 'elitism, ' 'democratic taste, ' and the political and economic implications of art."--Richard Crawford, author of The American Musical Landscape "We all know we are indebted to royal patronage for the music of Mozart. But who launched American talent? The answer is women, this book teaches us. Music lovers will be grateful for these ten essays, sound in scholarship, that make a strong case for the women philanthropists who ought to join Carnegie and Rockefeller as household words as sponsors of music."--Karen J. Blair, author of The Torchbearers: Women and Their Amateur Arts Associations in America

Book Description:
A charming new snow globe-inspired board book just in time for the holidays! This shaped board book looks just like a snow globe with a clear acetate window and shimmery glitter on every die-cut layered page. Kids won't be able to resist turning the pages, reading the lyrical story by Megan E. Bryant, and watching the colorful illustrations by Melissa Iwai come to life. With adorable forest animals hidden on every spread, here's a glorious gift book to treasure all throughout the snowy season. Safe for all ages.