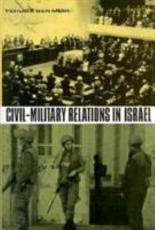 Book Description:
In Civil-Military Relations in Israel, Yehuda Ben Meir examines the reasons preventing Israel from becoming a "garrison state." A former deputy minister for foreign affairs and longtime member and analyst of the Israeli political scene, Ben Meir is uniquely qualified to give a behind-the-scenes picture of the intimate relationship between Israel's civilian and military leaders. Civil-Military Relations in Israel examines the changing face of the military over the years from an idealistic defense force to a professional army. Ben Meir also views the great divisiveness in Israeli politics as a threat to the unified strength of purpose that in the past characterized the nation's civil authority, and he examines present and future threats to continued civilian control of the military. The book also delves into the legal and constitutional foundations of Israel's civil-military relations, providing a valuable perspective on the organization and role of the current defense establishment, as well as the informal relationship between the key players in the system. In addition, Ben Meir pinpoints the areas in which the military is involved in key political decision making. Despite continuing efforts to resolve the pattern of violence and conflict in the Middle East, the long-standing hostility between Arab and Jew in the region is unlikely to disappear in the near future. And as long as such animosity lingers, Israel's military will remain a strong force in Israeli politics. 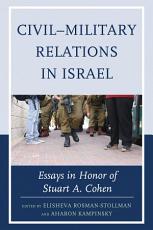 Book Description:
This book brings together prominent scholars from different disciplines in the field of civil-military relations in both Israel and abroad, and provides rare access in English to quality scholarship in this area. 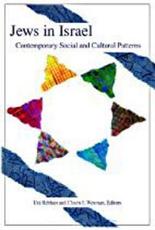 Book Description:
Offers a complete sociological perspective of Jews and Jewish life in Israel from 1948 to the present.

Book Description:
There have been many books on the place of war, security, or military service in Israeli society. The Military, State, and Society in Israel makes contributions to the debate-theoretical, empirical, and polemical-that are related to the Israeli case and to wider debates about the place of war and the military in contemporary industrialized societies. The Israeli case is important in the development of more macro approaches to the study of "things military" as war has played a central role in Israel's history and continues to do so. The book encapsulates in a very explicit manner tensions in the relationships between the military, state, and society and stands at the core of contemporary debates between two fundamental approaches to the study of the relations between the military society and the state: the "armed forces and society" school and the "state-making and war" perspective. Contemporary Israel is the site of debates about many of the fundamental assumptions that have undergirded the Jewish nation-state: the ethnic character of nationhood and statehood; the role of the Jewish diaspora vis-Ã-vis Israel; the legitimacy of Jewish "ethnic pluralism"; the meaning of the Holocaust; privatization of social life and the spread of consumerism; and weakening of the centralized state as the agent of social transformation affecting housing, language, health, technology, production, dress, and child-rearing. One important consequence of these internal conflicts and struggles has been a significant erosion in the almost sacred status once enjoyed by state institutions, and especially the military, among the majority of Jewish population. "Theoretical and Comparative Perspectives," situates Israel in its wider theoretical and comparative context and shows how the study of Israel contributes to the theoretical understanding of contemporary changes in civil-military relations. "The Politics of Civil-Military Relations," concentrates on current changes in Israeli politics, the character of the conflict with the Palestinians, and the place of military in society. "The State and War-Making-Creating Citizens, Soldiers, and Men and Women," indicates how war and the military are not only instruments for state-making, but are also important factors in the formation of individual identities. "The Notion of 'National Security'-Institutions and Concepts," raises the basic question of whether the institutional mechanisms and the strategic conceptions crystallized during the first 50 years of Israel's existence are still relevant in a changing post-cold war world. "The Armed Forces as Organization, Continuity and Change," focuses on the lines of continuity and trends of change in several aspects of the Israeli Defense Forces' internal organizational structure. Studies based on Israeli cases, data, and scholarship have been central to the development of expertise in such fields as applied psychology and psychotherapy. This volume contributes to these areas of study, and will be of central importance to professionals interested in civil-military. 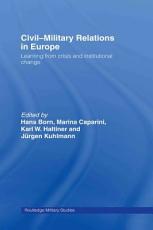 Book Description:
This new book illustrates how democracy cannot develop or endure unless military and security forces are under the full control of democratic institutions, and all the necessary safeguards, checks and balances are in place. The contributors show how contemporary European states manage the following issue: how does a society, primarily through its legitimate, democratically elected political leaders and their appointed officials, control the military, that same state institution that has been established for its protection and wields the monopoly of legitimate force? Twenty-eight case studies are selected from key countries: the Czech Republic, Germany, Georgia, France, Hungary, Ireland, Israel, Macedonia, Poland, Romania, Slovenia, Serbia and Montenegro, Switzerland, and the Ukraine. The key subjects of these cases vary from corruption to military incompetence, disobedience towards civilian superiors, to unauthorized strikes and accidents. The focus is on the relationship between political, civilian and military actors while identifying problems and dangers that can emerge in those relations to the detriment of effective and legitimate democratic control. This is essential reading for students of civil-military relations, democratization, European politics and security studies in general. 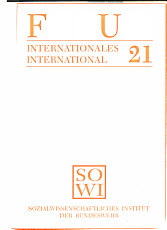 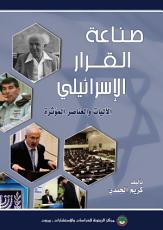 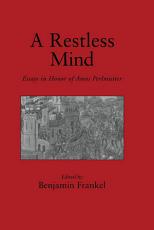 Book Description:
Amos Perlmutter has devoted his academic career to the study of comparative politics, international relations and modern authoritarianism. He has written 14 books and more than 70 articles in academic journals. He has also been a prolific contributor to newspapers in the United States and abroad and offered commentary on TV and radio shows. These essays analyse and explain some of his thinking. 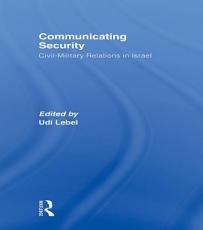 Book Description:
This book analyzes the changes and tendencies expressed in the relation between army and society in Israel. Since its inception, Israel has been defined as a nation in arms, a public space in which the security needs became central and, to a great extent, dictated the agenda and functioning of all the public arenas operating in it. The theoretical investigation is accompanied by case study illustrations of special instances related to the nexus between: security and society security and politics the army and the media the army and public relations security and culture bereavement and commemoration social motivation to serve in the army the army and foreign policy. Lebel explores the connection between the military and culture in Israel against the backdrop of globalization, individualism, liberalism, and social burn-out in the face of survival and change. 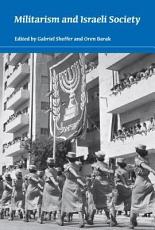 Book Description:
Challenging the established view that the civilian sector in Israel has been predominant over its security sector since the state's independence in 1948, this volume critically and systematically reexamines the relationship between these sectors and provides a deeper, more nuanced view of their interactions. Individual chapters cast light on the formal and informal arrangements, connections, and dynamic relations that closely tie Israel's security sector to the country's culture, civil society, political system, economy, educational system, gender relations, and the media. Among the issues and events discussed are Israel's separation barrier, the impact of Israel's military confrontations with the Palestinians and other Middle Eastern states -- especially Lebanon -- and the impact of the wars in Iraq and Afghanistan. The Israeli case offers insights about the role of the military and security in democratic nations in contemporary times.