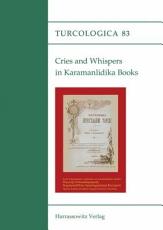 Book Description:
The Karamanlides are Greek Orthodox Christians originally located in Central Anatolia with Turkish as their primary language. Cries and Whispers in Karamanlidika Books contains the papers presented at the First International Conference on Karamanlidika Studies (Nicosia, 11th-13th September 2008). Since the main problems of research in "Karamanlidika" are the lack of analytical studies, the absence of scholarly exchange between researchers, as well as the politicization and political manipulation of the subject, the conference was intended to bring together specialists in the field to present papers dealing expressly with the phenomenon without political dilatation and expansion. Being a first approach to the intricate subject, the conference aimed to create a scientific platform for further research and cooperation between scholars. Historians, linguists and researchers in literature were asked to pose questions concerning the production of Karamanlidika printed works and manuscripts, the reasons that determined this production, its quantity and its quality as well as the subjects who produced and assimilated it. 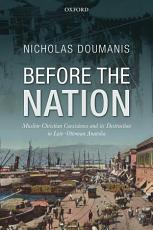 Book Description:
It is common for survivors of ethnic cleansing and even genocide to speak nostalgically about earlier times of intercommunal harmony and brotherhood. After being driven from their Anatolian homelands, Greek Orthodox refugees insisted that they lived well with the Turks, and yearned for the days when they worked and drank coffee together, participated in each others festivals, and even prayed to the same saints. Historians have never showed serious regard to thesememories, given the refugees had fled from horrific ethnic violence that appeared to reflect deep-seated and pre-existing animosities. Refugee nostalgia seemed pure fantasy; perhaps contrived to lessen the pain and humiliations of displacement.Before the Nation argues that there is more than a grain of truth to these nostalgic traditions. It points to the fact that intercommunality, a mode of everyday living based on the accommodation of cultural difference, was a normal and stabilizing feature of multi-ethnic societies. Refugee memory and other ethnographic sources provide ample illustration of the beliefs and practices associated with intercommunal living, which local Muslims and Christian communities likened to a commonmoral environment. Drawing largely from an oral archive containing interviews with over 5000 refugees, Nicholas Doumanis examines the mentalities, cosmologies, and value systems as they relate to cultures of coexistence. He furthermore rejects the commonplace assumption that the empire was destroyed by intercommunal hatreds. Doumanis emphasizes the role of state-perpetrated political violence which aimed to create ethnically homogenous spaces, and which went some way in transforming these Anatolians into Greeksand Turks. 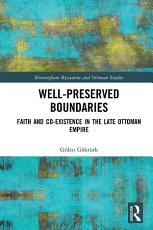 Book Description:
Cappadocia was a place of co-habitation of Christians and Muslims, until the Greco-Turkish Population Exchange (1923) terminated the Christian presence in the region. Using an interdisciplinary approach drawing on history, political science and anthropology, this study investigates the relationship between tolerance, co-habitation, and nationalism. Concentrating particularly on Orthodox-Muslim and Orthodox-Protestant practices of living together in Cappadocia during the last fifty years of the Ottoman Empire, it responds to the prevailing romanticism about the Ottoman way of handling diversity. The study also analyses the transformation of the social identity of Cappadocian Orthodox Christians from Christians to Greeks, through various mechanisms including the endeavour of the elite to utilise education and the press, and through nationalist antagonism during the long war of 1912 to 1922. 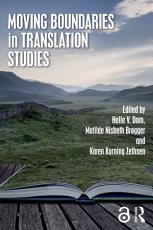 Book Description:
Translation is in motion. Technological developments, digitalisation and globalisation are among the many factors affecting and changing translation and, with it, translation studies. Moving Boundaries in Translation Studies offers a bird’s-eye view of recent developments and discusses their implications for the boundaries of the discipline. With 15 chapters written by leading translation scholars from around the world, the book analyses new translation phenomena, new practices and tools, new forms of organisation, new concepts and names as well as new scholarly approaches and methods. This is key reading for scholars, researchers and advanced students of translation and interpreting studies. 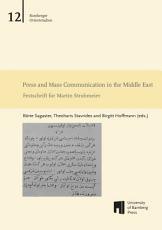 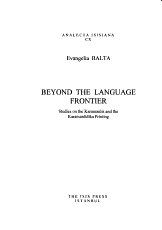 Book Description:
"The present volume first offers a revisit of her in-depth studies of the Karamanlis, the Turcophone Rum people native to Karamania, the wider Cappadocia region of Anatolia. The second part of the book presents selected articles discussing the Karamanlidika Press of the late nineteenth and early twentieth century, covering both published and unpublished material in Turkish printed in Greek characters. The articles are based on painstaking research in the Ottoman archives and present formerly unknown material. One of the objectives of Balta’s research has been to illuminate the relationship between the Ottoman, Armeno-Turkish and Karamanlidika literatures by acquiring an overview of the publications available in all of these scripts and the translations from one script to another. As suggested by the title, through this work she seeks to go beyond the language frontiers in order to shed new light on Ottoman history" -- 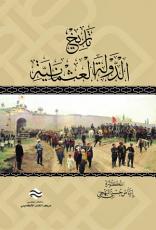 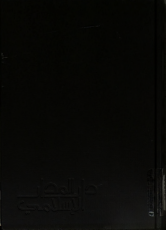 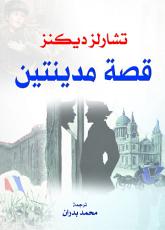 Book Description:
A young woman just passing through a Midwestern town in the 1950's touches many lives before she moves on.