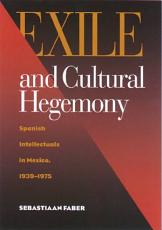 Book Description:
After Francisco Franco's victory in the Spanish Civil War, a great many of the country's intellectuals went into exile in Mexico. During the three and a half decades of Francoist dictatorship, these exiles held that the Republic, not Francoism, represented the authentic culture of Spain. In this environment, as Sebastiaan Faber argues in Exile and Cultural Hegemony, the Spaniards' conception of their role as intellectuals changed markedly over time. The first study of its kind to place the exiles' ideological evolution in a broad historical context, Exile and Cultural Hegemony takes into account developments in both Spanish and Mexican politics from the early 1930s through the 1970s. Faber pays particular attention to the intellectuals' persistent nationalism and misplaced illusions of pan-Hispanist grandeur, which included awkward and ironic overlaps with the rhetoric employed by their enemies on the Francoist right. This embrace of nationalism, together with the intellectuals' dependence on the increasingly authoritarian Mexican regime and the international climate of the Cold War, eventually caused them to abandon the Gramscian ideal of the intellectual as political activist in favor of a more liberal, apolitical stance preferred by, among others, the Spanish philosopher Jose Ortega y Gasset. With its comprehensive approach to topics integral to Spanish culture, both students of and those with a general interest in twentieth-century Spanish literature, history, or culture will find Exile and Cultural Hegemony a fascinating and groundbreaking work. 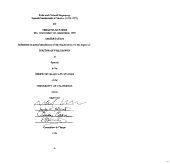 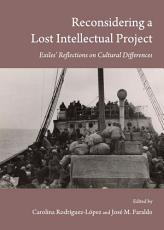 Book Description:
This book explores an aspect of the complex cultural history of 20th-century exile: the influences of transnational experiences on the views of emigrants and exiles concerning their own academic, scientific and intellectual cultures. These essays focus on the reflections of people who left their countries during the period of 1933–1945. Many of them reconsidered their own past in the old country and compared it with their actual experiences in the adopted homeland. The individual cases presented here share a similar theoretical framework. The book is divided into two sections: the first one focuses on the German and Spanish lost project, and the second one deals with the East European projects – focused on Polish and Rumanian examples above all. From the perspective of transnational history, Merel Leeman analyzes the cases of two special exiles: George Mosse and Peter Gay. Spaniards’ American projects is the main topic of Carolina Rodríguez-López’s analysis of Spanish scholars in the US. Natacha Bolufer focuses on associations and newspapers like Liberación which paid special attention to Spanish leftists suffering from Franco’s political measures. José M. Faraldo looks at the cases of refugees from Eastern European countries – mainly from Romania and Poland – who escaped to Spain after the fall of the axis in 1945. Mihaela Albu describes the diversity and plurality of Romanian exiles in the Western world, in diverse countries of Europe and also in the US. This book aims to encourage the dialogue and comparison among diverse exiles. 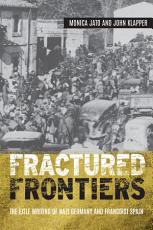 Book Description:
A comparative study of inner and territorial forms of literary exile under Nazism and Francoism, proposing an integrative model of exile that emphasizes common approaches and themes rather than division. 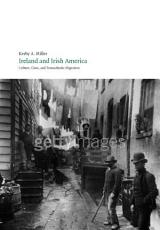 Book Description:
Between 1600 and 1929, perhaps seven million men and women left Ireland and crossed the Atlantic. Ireland and Irish America is concerned with Catholics and Protestants, rural and urban dwellers, men and women on both sides of that vast ocean. Drawing on over thirty years of research, in sources as disparate as emigrants' letters and demographic data, it recovers the experiences and opinions of emigrants as varied as the Rev. James McGregor, who in 1718 led the first major settlement of Presbyterians from Ulster to the New World, Mary Rush, a desperate refugee from the Great Famine in County Sligo, and Tom Brick, an Irish-speaking Kerryman on the American prairie in the early 1900s. Above all, Ireland and Irish America offers a trenchant analysis of mass migration's causes, its consequences, and its popular and political interpretations. In the process, it challenges the conventional 'two traditions' (Protestant versus Catholic) paradigm of Irish and Irish diasporan history, and it illuminates the hegemonic forces and relationships that governed the Irish and Irish-American worlds created and linked by transatlantic capitalism.

Book Description:
How historians, journalists, photographers, and filmmakers have dealt with the legacy of the Spanish Civil War, the Franco dictatorship, and the Transition 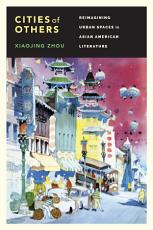 Book Description:
Asian American literature abounds with complex depictions of American cities as spaces that reinforce racial segregation and prevent interactions across boundaries of race, culture, class, and gender. However, in Cities of Others, Xiaojing Zhou uncovers a much different narrative, providing the most comprehensive examination to date of how Asian American writers - both celebrated and overlooked - depict urban settings. Zhou goes beyond examining popular portrayals of Chinatowns by paying equal attention to life in other parts of the city. Her innovative and wide-ranging approach sheds new light on the works of Chinese, Filipino, Indian, Japanese, Korean, and Vietnamese American writers who bear witness to a variety of urban experiences and reimagine the American city as other than a segregated nation-space. Drawing on critical theories on space from urban geography, ecocriticism, and postcolonial studies, Zhou shows how spatial organization shapes identity in the works of Sui Sin Far, Bienvenido Santos, Meena Alexander, Frank Chin, Chang-rae Lee, Karen Tei Yamashita, and others. She also shows how the everyday practices of Asian American communities challenge racial segregation, reshape urban spaces, and redefine the identity of the American city. From a reimagining of the nineteenth-century flaneur figure in an Asian American context to providing a framework that allows readers to see ethnic enclaves and American cities as mutually constitutive and transformative, Zhou gives us a provocative new way to understand some of the most important works of Asian American literature. 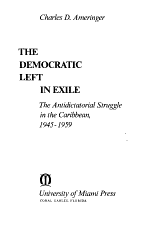 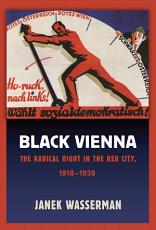 Book Description:
Interwar Vienna was considered a bastion of radical socialist thought, and its reputation as "Red Vienna" has loomed large in both the popular imagination and the historiography of Central Europe. However, as Janek Wasserman shows in this book, a "Black Vienna" existed as well; its members voiced critiques of the postwar democratic order, Jewish inclusion, and Enlightenment values, providing a theoretical foundation for Austrian and Central European fascist movements. Looking at the complex interplay between intellectuals, the public, and the state, he argues that seemingly apolitical Viennese intellectuals, especially conservative ones, dramatically affected the course of Austrian history. While Red Viennese intellectuals mounted an impressive challenge in cultural and intellectual forums throughout the city, radical conservatism carried the day. Black Viennese intellectuals hastened the destruction of the First Republic, facilitating the establishment of the Austrofascist state and paving the way for Anschluss with Nazi Germany. Closely observing the works and actions of Viennese reformers, journalists, philosophers, and scientists, Wasserman traces intellectual, social, and political developments in the Austrian First Republic while highlighting intellectuals’ participation in the growing worldwide conflict between socialism, conservatism, and fascism. Vienna was a microcosm of larger developments in Europe—the rise of the radical right and the struggle between competing ideological visions. By focusing on the evolution of Austrian conservatism, Wasserman complicates post–World War II narratives about Austrian anti-fascism and Austrian victimhood.

Book Description:
What is left of Francisco Franco's legacy in Spain today? Franco ruled Spain as a military dictator from 1939 until his death in 1975. In October 2019, his remains were removed from the massive national monument in which they had been buried for forty-four years. For some, the exhumation confirmed that Spain has long been a modern, consolidated democracy. The reality is more complicated. In fact, the country is still deeply affected by the dictatorial legacies of Francoism. In one short volume, Exhuming Franco covers all major facets of the Francoist legacy today, combining research and analysis with reportage and interviews. This book is critical of Spanish democracy; yet, as the final chapter makes clear, Spain is one of many countries facing difficult questions about a conflictive past. To make things worse, the rise of a new, right-wing nationalist revisionism across the West threatens to undo much of the progress made in the past couple of decades when it comes to issues of historical justice.