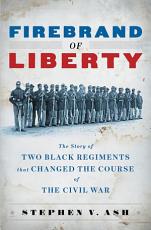 Book Description:
A nearly forgotten Civil War episode is restored to history in this masterful account. In March 1863, nine hundred black Union soldiers, led by white officers, invaded Florida and seized the town of Jacksonville. They were among the first African American troops in the Northern army, and their expedition into enemy territory was like no other in the Civil War. It was intended as an assault on slavery by which thousands would be freed. At the center of the story is prominent abolitionist Colonel Thomas Wentworth Higginson, who led one of the regiments. After waging battle for three weeks, Higginson and his men were mysteriously ordered to withdraw, their mission a seeming failure. Yet their successes in resisting the Confederates and collaborating with white Union forces persuaded President Abraham Lincoln to begin full-scale recruitment of black troops, a momentous decision that helped turned the tide of the war. Using long-neglected primary sources, historian Stephen V. Ash’s stirring narrative re-creates this event with insight, vivid characterizations, and a keen sense of drama. 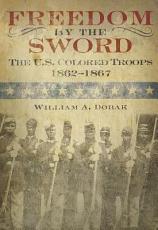 Book Description:
From late 1862 to the spring of 1865, the federal government accepted more than 180,000 black men as soldiers, something it had never done before on such a scale. Known collectively as the United States Colored Troops and organized in segregated regiments led by white officers, some of these soldiers guarded army posts along major rivers; others fought Confederate raiders to protect Union supply trains; and still others took part in major operations like the siege of Petersburg and the battle of Nashville. After the war, many of the black regiments garrisoned the former Confederacy to enforce federal Reconstruction policy. This book tells the story of these soldiers' recruitment, organization, and service. 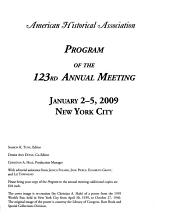 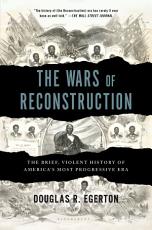 Book Description:
A groundbreaking new history, telling the stories of hundreds of African-American activists and officeholders who risked their lives for equality-in the face of murderous violence-in the years after the Civil War. By 1870, just five years after Confederate surrender and thirteen years after the Dred Scott decision ruled blacks ineligible for citizenship, Congressional action had ended slavery and given the vote to black men. That same year, Hiram Revels and Joseph Hayne Rainey became the first African-American U.S. senator and congressman respectively. In South Carolina, only twenty years after the death of arch-secessionist John C. Calhoun, a black man, Jasper J. Wright, took a seat on the state's Supreme Court. Not even the most optimistic abolitionists thought such milestones would occur in their lifetimes. The brief years of Reconstruction marked the United States' most progressive moment prior to the civil rights movement. Previous histories of Reconstruction have focused on Washington politics. But in this sweeping, prodigiously researched narrative, Douglas Egerton brings a much bigger, even more dramatic story into view, exploring state and local politics and tracing the struggles of some fifteen hundred African-American officeholders, in both the North and South, who fought entrenched white resistance. Tragically, their movement was met by ruthless violence-not just riotous mobs, but also targeted assassination. With stark evidence, Egerton shows that Reconstruction, often cast as a “failure” or a doomed experiment, was rolled back by murderous force. The Wars of Reconstruction is a major and provocative contribution to American history. 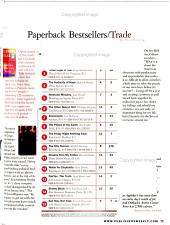 Book Description:
The IBR, published again since 1971 as an interdisciplinary, international bibliography of reviews, offers book reviews of literature dealing primarily with the humanities and social sciences published in 6,000 mainly European scholarly journals. This unique bibliography contains over 1.3 millions book reviews. 60,000 entries are added every year with details on the work reviewed and the review. 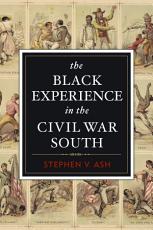 Book Description:
Originally published in hardcover in 2010 by Praeger. 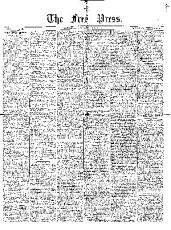