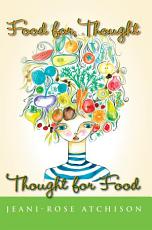 Book Description:
Is your food making you ill? Taking you through processes that eventually brings your meal to your plate, Jeani-Rose writes how most manufactured food is the core reason for poor health today. She also links how everything we eat, drink, place on our skin or hair and breathe has a direct impact on our health. Inspiring and insightful, this informative book is written with two distinct sections. The first, as a well researched narrative on the environmental and nutritional effects of our diet. Besides covering how different food components work in the body there are also chapters on MSG, GMO, water and many more. The second part has well over 200 simple, step by step whole food vegetarian recipes. From ferments and salads to milks and desserts, just about everything one needs to know about food and eating is in this wonderful book. 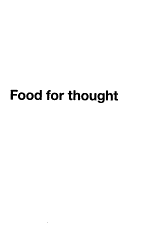 Book Description:
Offers a thought-provoking and visually compelling exploration of the artistic and gastronomic creativity of Ferran Adria, the world's most revolutionary chef, explaining the essence of Adria's creativity through numerous full-color photos and texts by potent personalities of the art and gastronomic worlds. 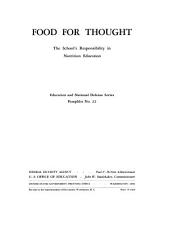 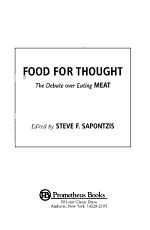 Book Description:
For anyone who has ever wondered about the ethics of killing animals for food, this is the definitive collection of essays on the ethical debate. Written by internationally recognized scholars on both sides of the debate, the provocative articles here compiled will give vegetarians and meat-eaters a thorough grounding in all aspects of this controversial issue. After an introduction to the nature of the debate by editor Steve F. Sapontzis, Daniel Dombrowski reviews the history of vegetarianism. There follows a discussion of health issues and what anthropology has to tell us about human diet. Also included are the classic cases for vegetarianism from philosophers Peter Singer and Tom Regan, and new essays rebutting those classic positions from humanists Roger Scruton and Carl Cohen, among others. Various scholars then examine religious teachings about eating animals, which are drawn from Judaism, Christianity, and Islam, as well as Native American and Eastern traditions. Finally, Carol J. Adams, Deanne Curtin, and Val Plumwood, among other outstanding advocates, debate the ethics of eating meat in connection with feminism, environmentalism, and multiculturalism. Containing virtually a "Who’s Who" of philosophers, social critics, environmentalists, feminists, and religious scholars who have participated in the vegetarianism debate over the past quarter century, this outstanding anthology of expert articles, most of them new, provides the latest thinking on a subject of increasing public interest. 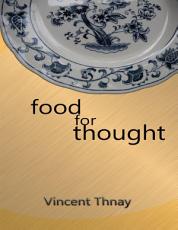 Book Description:
'Food for Thought' is a compilation of quotes. Quotes reinforce our thoughts, ideas, beliefs and opinions. They are timeless – as applicable today and hereafter as when they were first uttered, and some of them were spoken centuries ago. 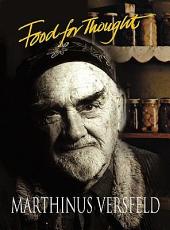 Book Description:
A reissue of a classic South African cookbook, which is at the same time a book of profound wisdom and great delight. Martin Versveld was a man of many parts and philosopher of renown and, in this work he provides stimulation and, quite literally, food for thought. If it offers new insights into what may be termed the semiotics of gastronomy, it also transcends our customary systems of thought to become an inquiry into human values."

Book Description:
Food for Thought offers fresh psychoanalytic insights into treating clients with eating disorders. In lively and jargon-free language, Nina Savelle-Rocklin breaks down the psychoanalytic approach to give practitioners and general readers alike a deeper understanding of the theory and effective treatment of eating disorders to achieve lasting change and true healing. 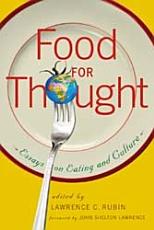 Book Description:
Historically, few topics have attracted as much scholarly, professional, or popular attention as food and eating—as one might expect, considering the fundamental role of food in basic human survival. Almost daily, a new food documentary, cooking show, diet program, food guru, or eating movement arises to challenge yesterday’s dietary truths and the ways we think about dining. This work brings together voices from a wide range of disciplines, providing a fascinating feast of scholarly perspectives on food and eating practices, contemporary and historic, local and global. Nineteen essays cover a vast array of food-related topics, including the ever-increasing problems of agricultural globalization, the contemporary mass-marketing of a formerly grassroots movement for organic food production, the Food Network’s successful mediation of social class, the widely popular phenomenon of professional competitive eating and current trends in “culinary tourism” and fast food advertising. Instructors considering this book for use in a course may request an examination copy here.