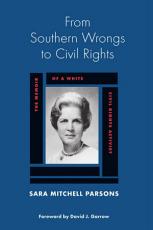 Book Description:
Foreword by David J. Garrow This first-hand account tells the story of turbulent civil rights era Atlanta through the eyes of a white upper-class woman who became an outspoken advocate for integration and racial equality. As a privileged white woman who grew up in segregated Atlanta, Sara Mitchell Parsons was an unlikely candidate to become a civil rights agitator. After all, her only contacts with blacks were with those who helped raise her and those who later helped raise her children. As a young woman, she followed the conventional path expected of her, becoming the dutiful wife of a conservative husband, going to the country club, and playing bridge. But unlike many of her peers, Parsons harbored an increasing uneasiness about racial segregation. In a memoir that includes candid diary excerpts, Parsons chronicles her moral awakening. With little support from her husband, she runs for the Atlanta Board of Education on a quietly integrationist platform and, once elected, becomes increasingly outspoken about inequitable school conditions and the slow pace of integration. Her activities bring her into contact with such civil rights leaders as Martin Luther King, Jr., and his wife, Coretta Scott King. For a time, she leads a dual existence, sometimes traveling the great psychic distance from an NAACP meeting on Auburn Avenue to an all-white party in upscale Buckhead. She eventually drops her ladies' clubs, and her deepening involvement in the civil rights movement costs Parsons many friends as well as her first marriage. Spanning sixty years, this compelling memoir describes one woman's journey to self-discovery against the backdrop of a tumultuous time in our country's history. Sara Mitchell Parsons lives in Atlanta. She has received numerous honors for her community activism, including being named 1994 Role Model of the Year by the Older Women's League in Atlanta. David J. Garrow, Presidential Distinguished Professor at Emory University School of Law, is the author of Bearing the Cross, a Pulitzer Prize-winning biography of Martin Luther King, Jr., and Liberty and Sexuality: The Right to Privacy and the Making of Roe vs. Wade. "Sara Parsons's efforts to integrate and improve schools and her attack on complacent white churches made her a pariah and resulted in the break-up of her marriage. . . . She was one of the South's first white elected officials who openly advocated racial equality.--Atlanta Journal-Constitution "Sara Parsons in the 1960's [was the lone white member of the Atlanta school board to support integration. . . . Jimmy Carter may not have had the courage [then to meet with Martin Luther King. But Ms. Parsons did. She met Dr. King on several occasions, even though each time it seemed to cost her another white friend.--New York Times 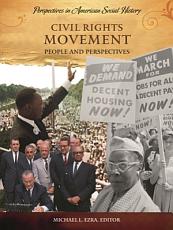 Book Description:
Presents a collection of essays about the history of the civil rights movement, focusing on the efforts of clergy, student activists, black nationalists, and such organizations as the NCAAP and Core to bring about racial equality. 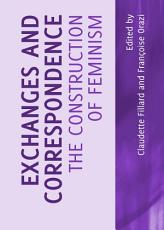 Book Description:
Through the eighteen essays of this book, the reader becomes the beholder of a challenging survey of “feminism-in-the-making,” from its early stages in the 18th century to the present, in Anglo-Saxon countries and elsewhere, including Eastern Europe and some places under the influence of communism or Islam. The development of exchanges and correspondence enabled feminism to pre-exist the word itself, which leads several contributors to ponder over its meaning as well as over the notion of influence, a pivotal component of their reflection. Through the complex interplay of harmony and disharmony, openly acknowledged or carefully hidden similarities or differences, and the delineation of the converging or conflicting forces which the authors of this volume attempt to disentangle, a fascinating chorus of voices eventually emerges from this volume, a preview of the budding “sisterhood.” It throws light on the major factors in women’s growing consciousness of their plight and of the main stakes in the struggle for the defense of their rights. Scholars of different national origins and methodological approaches here join forces until the book itself amounts to an innovative web of exchanges and correspondences, its medium as well as its avowed message. 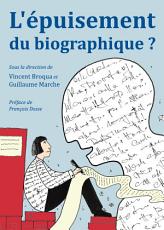 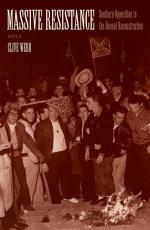 Book Description:
On May 17, 1954, in Brown v. Board of Education, the United States Supreme Court ruled that racial segregation in public schools was unconstitutional. When the court failed to specify a clear deadline for implementation of the ruling, southern segregationists seized the opportunity to launch a campaign of massive resistance against the federal government. What were the tactics, the ideology, the strategies, of segregationists? This collection of original essays reveals how the political center in the South collapsed during the 1950s as opposition to the Supreme Court decision intensified. It tracks the ingenious, legal, and often extralegal, means by which white southerners rebelled against the ruling: how white men fell back on masculine pride by ostensibly protecting their wives and daughters from the black menace, how ideals of motherhood were enlisted in the struggle for white purity, and how the words of the Bible were invoked to legitimize white supremacy. Together these essays demonstrate that segregationist ideology, far from a simple assertion of supremacist doctrine, was advanced in ways far more imaginative and nuanced than has previously been assumed. 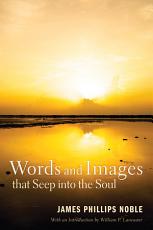 Book Description:
Our lives move along with ups and downs, and we cope with them the best we can. But underneath there is a hunger for something more. There are times of stress such as when a loved one dies, a job is lost, a child is on a dangerous path, a difficult situation goes on and on. There are many other stressors that we all encounter. This book offers quotations from ancient and modern authors and poems and reflections that give a thought or image that seeps through the cracks that the stresses have made, and a deeper level is reached. There a new insight occurs, a new reality is discovered, or faith and hope are renewed. William Lancaster said: "Reading these poems . . . I feel planted, secure, that all is right with the world. I put my head down on the desk like a school kid and felt that the hand of God was on my shoulder. This God said, 'Bill, I am your God. You are my child, all of you.'" If you want a deeper and stronger faith in the God who loves you, this book can impact your life. 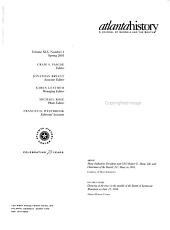 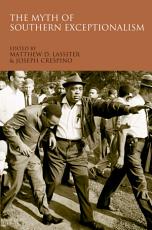 Book Description:
"More than one-third of the population of the United States now lives in the South, a region where politics, race relations, and the economy have changed dramatically since World War II. Yet scholars and journalists continue to disagree over whether the modern South is dominating, deviating from, or converging with the rest of the nation. This collection asks how the stories of American history chance if the South is no longer seen as a region apart--as the conservative exception to a liberal nation."--Back cover.