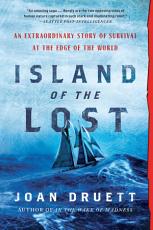 Book Description:
“Riveting.” —The New York Times Book Review Hundreds of miles from civilization, two ships wreck on opposite ends of the same deserted island in this true story of human nature at its best—and at its worst. It is 1864, and Captain Thomas Musgrave’s schooner, the Grafton, has just wrecked on Auckland Island, a forbidding piece of land 285 miles south of New Zealand. Battered by year-round freezing rain and constant winds, it is one of the most inhospitable places on earth. To be shipwrecked there means almost certain death. Incredibly, at the same time on the opposite end of the island, another ship runs aground during a storm. Separated by only twenty miles and the island’s treacherous, impassable cliffs, the crews of the Grafton and the Invercauld face the same fate. And yet where the Invercauld’s crew turns inward on itself, fighting, starving, and even turning to cannibalism, Musgrave’s crew bands together to build a cabin and a forge—and eventually, to find a way to escape. Using the survivors’ journals and historical records, award-winning maritime historian Joan Druett brings to life this extraordinary untold story about leadership and the fine line between order and chaos. 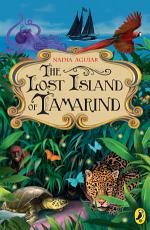 Book Description:
A mesmerizing, heartpounding adventure novel about a fantastical island cut off from the outside world. 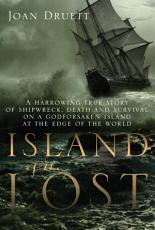 Book Description:
In January 1864, five seamen from the wrecked schooner Grafton are stranded on an isolated speck of land some 300 miles south of New Zealand. Battling ferocious winds, relentless freezing rain and an impenetrable coastal forest, their chances of survival are slim. But under the leadership of Captain Thomas Musgrave, they miraculously cling to life for nearly two years before building a vessel and setting off on one of the most courageous sea voyages ever. Meanwhile, in May 1864, on the same island but twenty miles of impassable cliffs and chasms away, another ship is wrecked and nineteen men struggle ashore. This crew, however, succumbs to utter anarchy and only three remain to be rescued a year later. Using the survivors' journals, Joan Druett tells a gripping tale about leadership, endurance, and the fine line between order and chaos. 'Those yearning for a classic man vs. nature, triumph-over-terrible-odds story, get ready to set sail.' Paste, US 'Swashbuckling maritime history.' Kirkus Reviews 'One of the finest survival stories I've read.' Seattle Times

Book Description:
Whoever can discover the lost island will find a reward and great secrets. 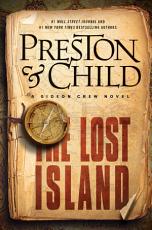 Book Description:
Gideon Crew – brilliant scientist, master thief – is living on borrowed time. When he’s handed an eyebrow-raising mission by his mysterious employer, Gideon has no reason to refuse. His task? To steal a page from the priceless Book of Kells, now on display in New York City, protected by unbreakable security. Accomplishing the impossible, Gideon steals the parchment – only to learn that hidden beneath the gorgeously illuminated image is a treasure map dating back to the time of the ancient Greeks, treasure that could, perhaps, save Gideon’s life.

Book Description:
Describes how the crews of two different vessels became shipwrecked on opposite ends of the same deserted island and the very different experiences of the two groups--one of which through sheer determination and fortitude overcame the challenges of their environment, while the other descended into complete anarchy.

Book Description:
The Island of Lost Maps tells the story of a curious crime spree: the theft of scores of valuable centuries-old maps from some of the most prominent research libraries in the United States and Canada. The perpetrator was Gilbert Joseph Bland, Jr., an enigmatic antiques dealer from South Florida, whose cross-country slash-and-dash operation had gone virtually undetected until he was caught in 1995–and was unmasked as the most prolific American map thief in history. As Miles Harvey unravels the mystery of Bland’s life, he maps out the world of cartography and cartographic crime, weaving together a fascinating story of exploration, craftsmanship, villainy, and the lure of the unknown.

Book Description:
Two girls divided by time, united by their love for some very special horses -- an epic Caribbean adventure! On a remote tropical island, twelve year-old Beatriz is about to embark on an epic journey, through hurricanes and across the high seas and back to the time of Christopher Columbus... When Beatriz stumbles across a wild mare with strange markings in the jungle she can't believe it is real. Yet from that moment on the strongest connection grows between them, and she begins to uncover an incredible history. For centuries ago, Felipa and her horse, Cara Blanca, were running for their lives. As the fates of Beatriz, Felipa and their horses become entwined, Beatriz realises that the future of the world's rarest horses depends on her. Based on the extraordinary true story of the Abaco Barb, a real-life mystery that has remained unsolved for over five hundred years.

Book Description:
Now in paperback, this standalone fantasy brings an ancient Egyptian mystery to life against a modern background, in a tale expertly crafted by a seasoned anthropologist. Set against the glory and tragedy of ancient Roman Egypt, this novel explores the greatest love story of all time. Sixteen-year-old Hal Stevens is a budding historian from a small town in Colorado. A virtual outcast at high school, he has only two friends: Roberto, nicknamed the Biker Witch, and Cleo Mallawi. Cleo claims to be the reincarnation of Queen Cleopatra. She also believes she's being stalked by an ancient Egyptian demon, Ammut, the Devourer of the Dead. When Hal and Roberto find Cleo murdered in the forest near her home, it appears she may have been telling the truth. Her last request sends them journeying to Egypt with famed archaeologist Dr. James Moriarity, where it quickly becomes clear that Cleo has set them on the quest of a lifetime: the hunt for the lost graves of Marc Antony and Cleopatra. But they are not alone in their search. Cleo's murderers are watching their every move. And not all of them are human....

Book Description:
Peter is still the boy who doesn?t grow up. Wendy is a girl who has to grow up too soon. And Wendy?s autistic brother Michael has a connection to The Island of Lost Children. When Peter leaves his island home, it?s to search for pick-up soccer games, mock sword fights, and the occasional flatulence competition. Wendy spends her evenings looking after her two brothers, bratty JJ as well as Michael, while her parents work nights. In the midst of several unusual events?including the disappearance of her classmate Lily, at odds with her adoptive mother?Wendy doesn?t realize that Peter?s pirate nemesis is keeping an eye on her. Everything changes for Wendy and her family when an odd fairy named Bellatresse helps Peter find the girl whose stories he once listened to outside her bedroom window. With its quirky humor and occasionally touching moments, The Island of Lost Children is about children creating their own stories, worlds, and families, while swashbuckling, navigating mystical rivers, riding child-made roller coasters, and, of course, sailing high through the open skies.