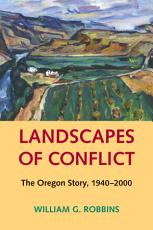 Book Description:
Post-World War II Oregon was a place of optimism and growth, a spectacular natural region from ocean to high desert that seemingly provided opportunity in abundance. With the passing of time, however, Oregon�s citizens � rural and urban � would find themselves entangled in issues that they had little experience in resolving. The same trees that provided income to timber corporations, small mill owners, loggers, and many small towns in Oregon, also provided a dramatic landscape and a home to creatures at risk. The rivers whose harnessing created power for industries that helped sustain Oregon�s growth � and were dumping grounds for municipal and industrial wastes � also provided passageways to spawning grounds for fish, domestic water sources, and recreational space for everyday Oregonians. The story of Oregon�s accommodation to these divergent interests is a divisive story between those interested in economic growth and perceived stability and citizens concerned with exercising good stewardship towards the state�s natural resources and preserving the state�s livability. In his second volume of Oregon�s environmental history, William Robbins addresses efforts by individuals and groups within and outside the state to resolve these conflicts. Among the people who have had roles in this process, journalists and politicians Richard Neuberger and Tom McCall left substantial legacies and demonstrated the ambiguities inherent in the issues they confronted. 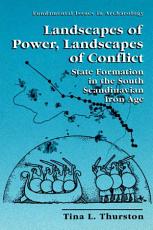 Book Description:
Tina Thurston’s Landscapes of Power; Landscapes of Conflict is a thi- generation processual analysis of sociopolitical evolution during the Iron Age in southern Scandinavia. Several red flags seem to be raised at once. Are not archaeologists now postprocessual, using new interpretive approaches to - derstand human history? Is not evolution a discredited concept in which - cieties are arbitrarily arranged along a unilinear scheme? Should not modern approaches be profoundly historical and agent-centered? In any event, were not Scandinavians the ultimate barbarian Vikings parasitizing the complex civilized world of southern and central Europe? Tina Thurston’s book focuses our attention on the significant innovations of anthropological archaeology at the end of the twentieth century. A brief overview of processual archaeology can set the context for - preciating Landscapes ofPower; Landscapes of Conflict. During the 1960s the emergent processual archaeology (a. k. a. the New Archaeology) cryst- lized an evolutionary paradigm that framed research with the comparative ethnography of Service and Fried. It was thought that human societies p- gressed through stages of social development and that the goal was to d- cover the evolutionary prime movers (such as irrigation, warfare, trade, and population) that drove social and cultural change. By the 1970s prime movers had fallen from favor and social evolution was conceived as complicated flows of causation involving many variables.

Book Description:
This is a traveller's guide to the historical sites of the New Zealand Wars. With clear helpful directions, it pinpoints all the major battle sites and provides a vivid commentary on the drama that enfolded at each site. Richly illustrated with black and white photographs, maps, and a 32-page colour insert with photographs and historical paintings. The New Zealand Wars (commonly termed The Maori Wars) of the 19th century were a major event in New Zealand's colonial history and their political reverberations are felt to this day. This book is a unique field guide to the other legacy of the Wars: dozens of battlegrounds, Maori and Pakeha fortifications and other historical sites that tell a tale of conflict and heroism. You can relive the British assault on Ohaewai; discover Te Kooti's and Tikowaru's mighty redoubts; visit the sites of British stockades; and visit the cemeteries commemorating the men and women who lost their lives. Each historical campaign is described vividly, and the 'places to visit' text and road maps make it easy to identify battle sites and points of interest. Nigel Prickett, born in Christchurch, brought up on a farm in the Wairarapa. He has a degree in history from Victoria University, Wellington, and a Ph.D. in archaeology from Auckland University. Since 1979 he has been Curator of Archaeology at the Auckland War Memorial Museum. Over many years he has carried out fieldwork throughout the North Island to extend his knowledge of the history and sites of the New Zealand Wars. He has wide interests in New Zealand archaeology and has excavated Maori and early European sites. EARLY MAORI ORNAMENTS and MAORI ORIGINS are among his recent publications. 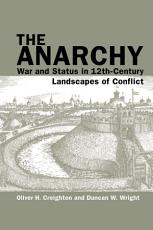 Book Description:
The turbulent reign of Stephen, King of England (1135-54), has been styled since the late 19th century as 'the Anarchy', although the extent of political breakdown during the period has since been vigorously debated. Rebellion and bitter civil war characterised Stephen's protracted struggle with rival claimant Empress Matilda and her Angevin supporters over 'nineteen long winters' when, according to the Anglo-Saxon Chronicle, 'Christ and his Saints slept'. Drawing on new research and fieldwork, this innovative volume offers the first ever overview and synthesis of the archaeological and material record for this controversial period. It presents and interrogates many different types of evidence at a variety of scales, ranging from nationwide mapping of historical events through to conflict landscapes of battlefields and sieges. The volume considers archaeological sites such as castles and other fortifications, churches, monasteries, bishops' palaces and urban and rural settlements, alongside material culture including coins, pottery, seals and arms and armour. This approach not only augments but also challenges historical narratives, questioning the 'real' impact of Stephen's troubled reign on society, settlement, church and the landscape, and opens up new perspectives on the conduct of Anglo-Norman warfare 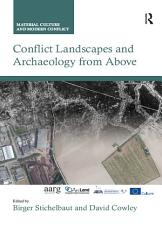 Book Description:
The study of conflict archaeology has developed rapidly over the last decade, fuelled in equal measure by technological advances and creative analytical frameworks. Nowhere is this truer than in the inter-disciplinary fields of archaeological practice that combine traditional sources such as historical photographs and maps with 3D digital topographic data from Airborne Laser Scanning (ALS) and large scale geophysical prospection. For twentieth-century conflict landscapes and their surviving archaeological remains, these developments have encouraged a shift from a site oriented approach towards landscape-scaled research. This volume brings together an wide range of perspectives, setting traditional approaches that draw on historical and contemporary aerial photographs alongside cutting-edge prospection techniques, cross-disciplinary analyses and innovative methods of presenting this material to audiences. Essays from a range of disciplines (archaeology, history, geography, heritage and museum studies) studying conflict landscapes across the globe throughout the twentieth century, all draw on aerial and landscape perspectives to past conflicts and their legacy and the complex issues for heritage management. Organized in four parts, the first three sections take a broadly chronological approach, exploring the use of aerial evidence to expand our understanding of the two World Wars and the Cold War. The final section explores ways that the aerial perspective can be utilized to represent historical landscapes to a wide audience. With case studies ranging from the Western Front to the Cold War, Ireland to Russia, this volume demonstrates how an aerial perspective can both support and challenge traditional archaeological and historical analysis, providing an innovative new means of engaging with the material culture of conflict and commemoration.

Book Description:
Striking aerial views of war, and of the scarred landscapes of its aftermath are the focus of this unique and multidisciplinary book. For the first time, the history, significance, and technology of military aerial photography are brought together and explored by military historians, archaeologists, and anthropologists. This new approach opens the door to a modern reassessment of military aerial imagery, reveals the concepts and philosophies that guided their production and interpretation, and illustrates the complex interaction between humans and technology in creating and understanding the landscapes of conflict.