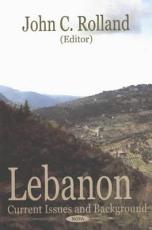 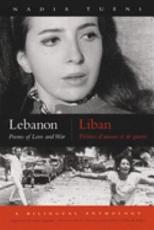 Book Description:
This bilingual anthology, edited by Christophe Ippolito, contains Samuel Hazo's complete translation of Lebanon: Twenty Poems for One Love and Paul B. Kelley's selections from the never-before-translated Sentimental Archives of a War in Lebanon. The Francophone poet Nadia Tueni has devoted readers in Lebanon and elsewhere in the Middle East and has quickly achieved poetic distinction in France. The fluency of her poetic language and motifs—reflecting Tueni's love of her people and country—is illuminated in Ippolito's introduction: "She chose to create a new poetic language that captured the fragile essence of her troubled country and exposed the many crises of identities present in the war. By identifying with her country, she placed herself beyond all parties and created a sacred river that irrigates her poems." Drawn from two collections that were published during the civil war in Lebanon in 1979 and 1982, these poems are haunted by the Lebanese war: some transcend famous Lebanese locales as the symbolic incarnations of the land's eternal essence; others, illuminated at first by nostalgic memories, take on a prophetic tone. Tueni's work merges the poetic with the political landscape of her country. She writes: " I belong to a country that commits suicide every day, while it is being assassinated." The languages of Rimbaud, Lautreamont, and surrealist poetry have had a decisive influence on Tueni's poetry. But she also owes a great debt on the Arabic side to the avant-garde poets, for example, the celebrated Adonis. Like many Lebanese writers, Tueni was active in political circles, particularly after the war in 1967. Her poems tell of suffering—"memories of an abandoned garden slip away"—of her own life slipping away, and in the end, the reader is invited to reflect on the mimesis of identity: identity of a country, identity of a woman, each echoing the other. 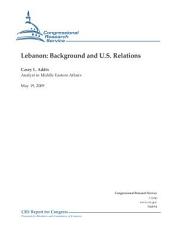 Book Description:
This book will serve as a guide for those who wish to understand the Lebanese conflict-expert and general reader alike-and for those, as well, who would work to bring peace to that tormented land. From Palestinian, Syrian, and Israeli intervention to delicate inter-Arab relations, the Arab-Israeli conflict, and superpower involvement, sixteen experts analyze the motives and actions of the men and groups engaged in the bloody Lebanese hostilities. Tables, notes, and index included. 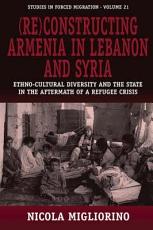 Book Description:
For almost nine decades, since their mass-resettlement to the Levant in the wake of the Genocide and First World War, the Armenian communities of Lebanon and Syria appear to have successfully maintained a distinct identity as an ethno-culturally diverse group, in spite of representing a small non-Arab and Christian minority within a very different, mostly Arab and Muslim environment. The author shows that, while in Lebanon the state has facilitated the development of an extensive and effective system of Armenian ethno-cultural preservation, in Syria the emergence of centralizing, authoritarian regimes in the 1950s and 1960s has severely damaged the autonomy and cultural diversity of the Armenian community. Since 1970, the coming to power of the Asad family has contributed to a partial recovery of Armenian ethno-cultural diversity, as the community seems to have developed some form of tacit arrangement with the regime. In Lebanon, on the other hand, the Armenian community suffered the consequences of the recurrent breakdown of the consociational arrangement that regulates public life. In both cases the survival of Armenian cultural distinctiveness seems to be connected, rather incidentally, with the continuing 'search for legitimacy' of the state. 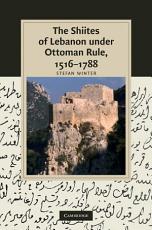 Book Description:
The Shiites of Lebanon under Ottoman Rule provides an original perspective on the history of the Shiites as a constituent of Lebanese society. Winter presents a history of the community before the 19th century, based primarily on Ottoman Turkish documents. From these, he examines how local Shiites were well integrated in the Ottoman system of rule, and that Lebanon as an autonomous entity only developed in the course of the 18th century through the marginalization and then violent elimination of the indigenous Shiite leaderships by an increasingly powerful Druze-Maronite emirate. As such the book recovers the Ottoman-era history of a group which has always been neglected in chronicle-based works, and in doing so, fundamentally calls into question the historic place within 'Lebanon' of what has today become the country's largest and most activist sectarian community. 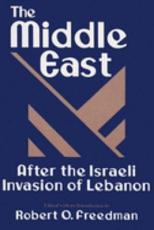 Book Description:
The Israeli invasion of Lebanon in June 1982 was in many ways a turning point in Middle Eastern politics. It spurred the United States to get involved in the Arab-Israeli peace process, while it weakened the position of PLO leader Nasser Arafat. 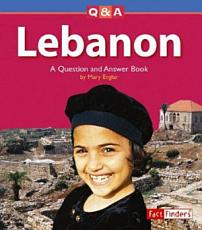 Book Description:
"This book will answer your questions about Lebanon's geography, government, economy, sports, holidays, food, and arts. Learn about the Bekaa Valley, ski resorts in the mountains, the musical oud, the dabke dance, and much more." 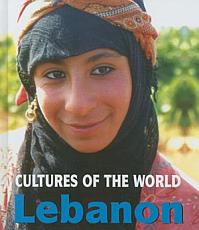 Book Description:
This book provides comprehensive information on the geography, history, wildlife, governmental structure, economy, cultural diversity, peoples, religion, and culture of Lebanon. All books of the critically-acclaimed Cultures of the World® series ensure an immersive experience by offering vibrant photographs with descriptive nonfiction narratives, and interactive activities such as creating an authentic traditional dish from an easy-to-follow recipe. Copious maps and detailed timelines present the past and present of the country, while exploration of the art and architecture help your readers to understand why diversity is the spice of Life.