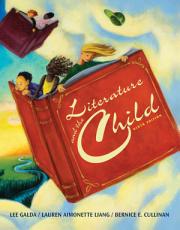 Book Description:
LITERATURE AND THE CHILD, 9th Edition, offers thorough, concise coverage of the genres and formats of children’s literature and guidance on using literature in the classroom. With a focus on diverse award-winning titles, this market-leading text includes beautifully written and illustrated discussions of exemplary titles for readers in nursery school through middle school. A stunning design features interior illustrations by Lauren Stringer, an award-winning children’s book author and illustrator. Each genre chapter contains criteria for evaluating literary quality, equipping students with a resource to guide text selection in the classroom. Practical, research-based information about teaching appears throughout, including sample teaching ideas and an emphasis on the importance of selecting and teaching complex texts. Extensive booklists provide excellent, ongoing resources and highlight texts that emphasize diversity. This text helps teachers understand how to select books that best serve their curriculum goals as well as the interests and needs of their students. Important Notice: Media content referenced within the product description or the product text may not be available in the ebook version. 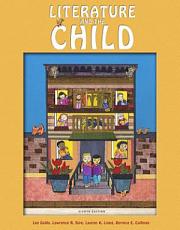 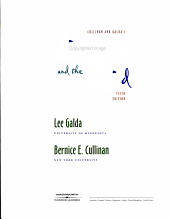 Book Description:
Galda and Cullinan explore the realm of children's literature. In the first part of the text, individual chapters are devoted to the genres of poetry, picture books, folklore, fantasy, contemporary realism. 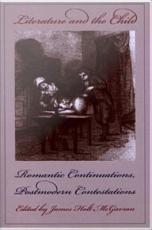 Book Description:
The Romantic myth of childhood as a transhistorical holy time of innocence and spirituality, uncorrupted by the adult world, has been subjected in recent years to increasingly serious interrogation. Was there ever really a time when mythic ideals were simple, pure, and uncomplicated? The contributors to this book contend—although in widely differing ways and not always approvingly—that our culture is indeed still pervaded, in this postmodern moment of the very late twentieth century, by the Romantic conception of childhood which first emerged two hundred years ago. In the wake of the French Revolution and the Industrial Revolution, western Europe experienced another fin de siècle characterized by overwhelming material and institutional change and instability. By historicizing the specific political, social, and economic conflicts at work within the notion of Romantic childhood, the essayists in Literature and the Child show us how little these forces have changed over time and how enriching and empowering they can still be for children and their parents. In the first section, “Romanticism Continued and Contested,” Alan Richardson and Mitzi Myers question the origins and ends of Romantic childhood. In “Romantic Ironies, Postmodern Texts,” Dieter Petzold, Richard Flynn, and James McGavran argue that postmodern texts for both children and adults perpetuate the Romantic complexities of childhood. Next, in “The Commerce of Children's Books,” Anne Lundin and Paula Connolly study the production and marketing of children's classics. Finally, in “Romantic Ideas in Cultural Confrontations,” William Scheick and Teya Rosenberg investigate interactions of Romantic myths with those of other cultural systems. 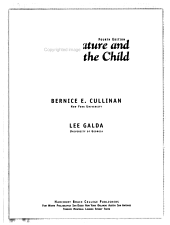 Book Description:
With a slender design and appealing art, Cullinan and Galda present a thought provoking discussion on how children can read to respond, read to learn, and read to enjoy. This text provides evaluation criteria for selecting superior children's books, rather than listing thousands of titles and synopses. Booklists direct readers to quality literature, and extended discussions of selected titles demonstrate the selection criteria. Multicultural literature is discussed throughout the text, with a separate chapter on more specific multicultural issues. Numerous teaching ideas, many of which are contributed by classroom teachers, provide practical applications. This is a book for teachers, stressing the use of good books in a literature based curriculum.

Book Description:
Tracking ideas of the child in Chinese society across the twentieth century, Kate Foster places fictional children within the story of the nation in a study of tropes and themes which range from images of strength and purity to the murderous and amoral. 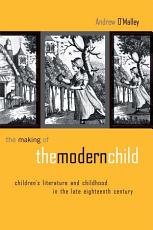 Book Description:
This book explores how the concept of childhood in the late-18th century was constructed through the ideological work performed by children's literature, as well as pedagogical writing and medical literature of the era. Andrew O'Malley ties the evolution of the idea of "the child" to the growth of the middle class, which used the figure of the child as a symbol in its various calls for social reform.

Book Description:
An investigation of identity formation in children's literature, this book brings together children’s literature and recent critical concerns with posthuman identity to argue that children’s fiction offers sophisticated interventions into debates about what it means to be human, and in particular about humanity’s relationship to animals and the natural world. In complicating questions of human identity, ecology, gender, and technology, Jaques engages with a multifaceted posthumanism to understand how philosophy can emerge from children's fantasy, disclosing how such fantasy can build upon earlier traditions to represent complex issues of humanness to younger audiences. Interrogating the place of the human through the non-human (whether animal or mechanical) leads this book to have interpretations that radically depart from the critical tradition, which, in its concerns with the socialization and representation of the child, has ignored larger epistemologies of humanness. The book considers canonical texts of children's literature alongside recent bestsellers and films, locating texts such as Gulliver’s Travels (1726), Pinocchio (1883) and the Alice books (1865, 1871) as important works in the evolution of posthuman ideas. This study provides radical new readings of children’s literature and demonstrates that the genre offers sophisticated interventions into the nature, boundaries and dominion of humanity.