Book Description:
There has been much talk and effort focused on the educational achievement gap between white versus black, Hispanic and American Indian students. While there has been some movement the gap has not appreciably narrowed, and it has narrowed the least for Native American students. This volume addresses this disparity by melding evidence-based instruction with culturally sensitive materials and approaches, outlining how we as educators and scientists can pay the educational debt we owe our children. In the tradition of the Native American authors who also contribute to it, this volume will be a series of "stories" that will reveal how the authors have built upon research evidence and linked it with their knowledge of history and culture to develop curricula, materials and methods for instruction of not only Native American students, but of all students. It provides a framework for educators to promote cultural awareness and honor the cultures and traditions that too few people know about. After each major section of the volume, the editors will provide commentary that will give an overview of these chapters and how they model approaches and activities that can be applied to other minority populations, including Blacks, Hispanics, and minority and indigenous groups in nations around the globe.

Book Description:
This book provides effective strategies that can be used to improve academic achievement and well-being of minority students. It examines, collectively, three cultural groups on themes related to diverse families, immigration issues, and teaching and learning. The book conceptualizes opportunities and challenges in working with minority children in the context of the federal No Child Left Behind Act. It is a must-have reference for anyone who works with children. 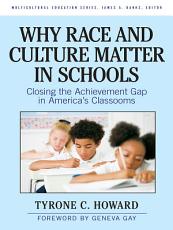 Book Description:
While race and culture remain important variables in how young people experience schools, they are often misunderstood by educators and school personnel. Building on three studies that investigated schools successful in closing the achievement gap, Tyrone Howard shows how adopting greater awareness and comprehensive understanding of race and culture can improve educational outcomes. Important reading for anyone who is genuinely committed to promoting educational equity and excellence for all children, this accessible book: Outlines the changing racial, ethnic, and cultural demographics in U.S. schools. Calls for educators to pay serious attention to how race and culture play out in school settings.Presents empirical data from schools that have improved achievement outcomes for racially and culturally diverse students.Focuses on ways in which educators can partner with parents and communities. “This book will be challenging for some readers and affirming for others. It is at times disheartening and at other times inspiring; sometimes anguishing but always enlightening.” —From the Foreword by Geneva Gay, University of Washington–Seattle, author of Culturally Responsive Teaching, Second Edition “Tyrone Howard provides a multi-dimensional and textured look at why students of color continue to struggle in the nation's schools. However, he does not stop there. This book points toward the solutions we have been seeking--partnerships, principles, and persistence.” —Gloria Ladson-Billings, University of Wisconsin–Madison 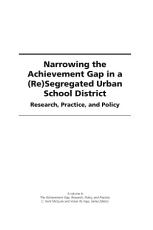 Book Description:
The interplay between sociopolitical forces and economic agendas becomes apparent when one examines the June 28, 2007 United States Supreme Court Decision, Parents Involved In Community Schools v. Seattle School District . In a reversal of the 1954 Brown Decision, the United States Supreme Court ruled that public schools could not use race as a factor when assigning children to public schools. Given demographic shifts, globalization, economic instability, and ideological shifts, the reversal was expected. However, it is essential that policymakers, educators, and other stakeholders consider the impact of attending segregated schools on the achievement gap that continues to exist between minority groups and European Americans attending resegregated neighborhood schools. This book will focus on the test score gaps between African American and European American students. The achievement gaps between these two groups will be analyzed will be presented and elaborated. Additionally, the authors will analyze how changes in school characteristics such as: racial composition; school composition; school expenditures, and socio economic level of neighborhoods affect achievement gap trends in the Norfolk School District. An examination of the achievement gap trends in an urban school district will serve to better inform public policy and school reform efforts. The specific goals of this book are to describe the achievement gap between minority AfricanAmerican students and EuropeanAmerican students in the Norfolk school district and to present strategies utilized by urban districts to narrow the gap. One unique feature of this book is that it provides a datadriven researchbased analysis of the achievement gap between minority and EuropeanAmerican students. 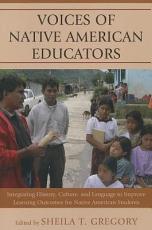 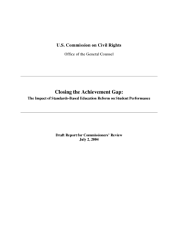 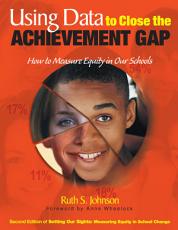 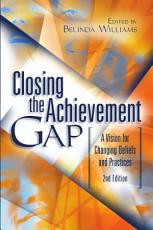 Book Description:
Chapters in this book, based on the efforts of the Urban Education National Network Task Force, define the nature of obstacles to the academic performance of urban students and identify, validate, and disseminate a knowledge base of theory and practice to inform decision making about urban schools. The chapters are: (1) "The Nature of the Achievement Gap: The Call for a Vision To Guide Change" (Belinda Williams); (2) "Bridging the Achievement Gap in Urban Schools: Reducing Educational Segregation and Advancing Resilience-Promoting Strategies" (Margaret C. Wang and John A. Kovach); (3) "Cultural Values in Learning and Education" (Patricia Marks Greenfield, Catherine Raeff, and Blanca Quiroz); (4) "Educating Teachers To Close the Achievement Gap: Issues of Pedagogy, Knowledge, and Teacher Preparation" (Kenneth M. Zeichner); (5) "Closing the Achievement Gap: Opportunity To Learn, Standards, and Assessment" (Floraline Ingram Stevens); (6) "Fostering Resiliency in Urban Schools" (Bonnie Benard); (7) "Teacher Engagement and Real Reform in Urban Schools" (Karen Seashore Louis and BetsAnn Smith); and (8) "A Social Vision for Urban Education: Focused, Comprehensive, and Integrated Change" (Belinda Williams). An appendix lists the Regional Educational Laboratories. Most chapters contain references. (Contains one figure.) (SLD)

Book Description:
Despite the United States devoting significant budgetary and legislative allotments to improving AI/AN education in the late twentieth and early twenty-first century, the fundamental education gap between these students and their non-Native peers persists. It remains because the programs in place do not sufficiently address the non-cognitive deficits among this group of teens that have resulted from disproportionately high exposure to adverse childhood experiences, systemic ethnic discrimination causing health problems and detrimental epigenetic markers, and high maternal cortisol levels. These deep-seated issues are responsible for the high rates of depression and attempted suicide among AI/AN teens, in-school discipline and suspension, and high incarceration rates in juvenile detention facilities. The current funding and programming primarily target the visible symptoms of these issues rather than the root problems. As long as funding, research, and programming fail to address the non-cognitive impairments common among AI/AN youth and systemic discrimination making them transgenerational and cyclical, the U. S. government will not be able to close this achievement gap. The primary research attempting to aid children with traumatic backgrounds and their families in developing non-cognitive skills has focused almost exclusively on urban areas, and not at all on AI/AN communities. This research has revealed that mental health care and early-childhood parenting support can help mitigate the effects of poverty and comorbid traumas on children's non-cognitive development. To apply this research effectively to the experiences and needs of AI/AN teens, we must design programs focused on culturally competent teaching, emphasizing emotional regulation and support for academic risk-taking which can help remediate non-cognitive neurobiological deficits for students who have already been affected. This work will require the combination of educational data, anthropological and sociological research, psychological research and methodology, and educational/mental health care philosophy in an effort to identify the path forward for AI/AN communities and the United States government. In addition, we must address the mental health care needs of parents and teens to prevent transgenerational trauma from persisting. 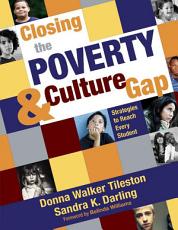 Book Description:
Use instructional practices that lead students of poverty and diverse cultures to success! Donna Walker Tileston and Sandra K. Darling provide instructional strategies to help teachers improve learning in students of diverse cultures and poverty. This research-based book presents a six-part framework that builds on students’ assets and strengths. The authors discuss: Why some cultures are “turned off” by typical motivational approaches and what educators can do to reach students What research says about the brain’s desire to learn How teachers can build on students’ prior knowledge The importance of resiliency Teaching procedural and declarative knowledge and preparing students for tests