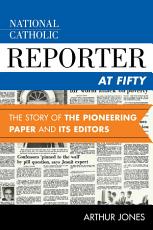 Book Description:
National Catholic Reporter at Fifty tells the story of the award-winning Catholic paper from its founding during the Second Vatican Council through the present. Arthur Jones takes readers through NCR’s highs and lows with a focus on its important editors and key themes—race and poverty, peace/foreign policy, women’s issues, sexuality, and the church/papacy. 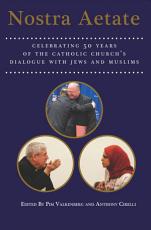 Book Description:
The contents of this book originated in a conference at the Catholic University of America in May 2015. The essays and lectures contained within focus on the relationships of the Catholic Church with the other "Abrahamic" faiths, primarily Islam and Judaism. There is some discussion of the Asian religions as well. This volume, in structure, loosely follows the document Nostra Aetate itself. The first part of the book gives a broad view of the document and its importance. The following parts concentrates on the relationships between the Catholic Church and the Asian, Muslim and Jewish religions. The concluding section of the book surveys the reception Nostra Aetate received in various ecclesial and academic contexts. 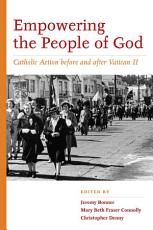 Book Description:
The early 1960s were a heady time for Catholic laypeople. Pope Pius XII’s assurance “You do not belong to the Church. You are the Church” emboldened the laity to challenge Church authority in ways previously considered unthinkable. Empowering the People of God offers a fresh look at the Catholic laity and its relationship with the hierarchy in the period immediately preceding the Second Vatican Council and in the turbulent era that followed. This collection of essays explores a diverse assortment of manifestations of Catholic action, ranging from genteel reform to radical activism, and an equally wide variety of locales, apostolates, and movements. 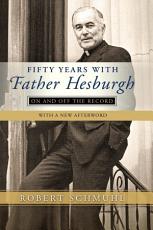 Book Description:
For over half a century, Robert Schmuhl interviewed and wrote about Reverend Theodore M. Hesburgh, C.S.C., who served as the president of the University of Notre Dame from 1952 until 1987. Beginning as an undergraduate student during the 1960s, when he covered Hesburgh and Notre Dame for the Associated Press, to 2014 when he conducted his last visit with the frail ninety-seven-year-old priest, Schmuhl maintained a unique relationship with Father Hesburgh. Over time, Hesburgh’s meetings with Schmuhl evolved into a friendship, which is documented in this personal and warmhearted portrait of the man who was for decades considered the most influential priest in America. Fifty Years with Father Hesburgh: On and Off the Record contains excerpts and commentary from various interviews Schmuhl conducted with Father Hesburgh about his service as Notre Dame’s president, including the most difficult years of his presidency during the 1960s, when Notre Dame and other college campuses were in turmoil because of student protests against the Vietnam War and other issues. Knowing and working with four popes and nine U.S. presidents, Father Hesburgh was a moral force in virtually all major social issues of his day, including civil rights, peaceful uses of atomic energy, third-world development, and immigration reform. Schmuhl records Hesburgh’s candid reflections on the U.S. presidents with whom he worked and his assessment of the years after he left the university’s presidency and maintained an active life of service in retirement. Schmuhl expresses his devotion and respect in the chapters about Hesburgh’s twilight decades. He describes how Hesburgh dealt with macular degeneration and blindness in his later years, enlisting students to read the New York Times and other publications to him. During the 1990s and the first years of the twenty-first century, Father Ted was, as he liked to say, “everybody’s grandfather.” His open-door policy extended beyond students to faculty, staff, alumni, and campus visitors, and continued right up until the end of his life. Throughout the book, Schmuhl captures the essence, spirit, and humanity of a great leader.

Book Description:
Explains how chiropractic can be used as a means of treating disorders and maintaining health through adjustments, exercise, and nutrition

Book Description:
Brings together, from the pages of "Esquire," writings by fifty distinquished American writers on fifty Americans who have had extraordinary impact in the fields of the arts, business, communications, medicine, politics, religion, science, and sports

Book Description:
An analysis of the class interests that are rapidly polarizing society in the USA. It argues that the distribution of resources critical to class membership is shaped by large organizational structures and processes located in the economic, political and cultural arenas. 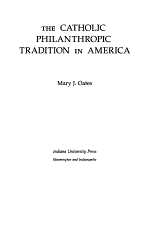 Book Description:
From their earliest days in America, Catholics organized to initiate and support charitable activities. A rapidly growing church community, although marked by widening church and ethnic differences, developed the extensive network of orphanages, hospitals, schools, and social agencies that came to represent the Catholic way of giving. But changing economic, political, and social conditions have often provoked sharp debate within the church about the obligation to give, priorities in giving, appropriate organization of religious charity, and the locus of authority over philanthropic resources. This first history of Catholic philanthropy in the United States chronicles the rich tradition of the church's charitable activities and the increasing tension between centralized control of giving and democratic participation.