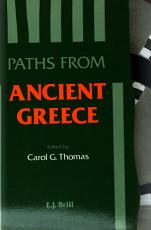 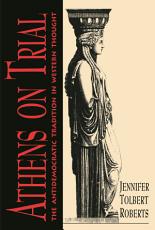 Book Description:
The Classical Athenians were the first to articulate and implement the notion that ordinary citizens of no particular affluence or education could make responsible political decisions. For this reason, reactions to Athenian democracy have long provided a prime Rorschach test for political thought. Whether praising Athens's government as the legitimizing ancestor of modern democracies or condemning it as mob rule, commentators throughout history have revealed much about their own notions of politics and society. In this book, Jennifer Roberts charts responses to Athenian democracy from Athens itself through the twentieth century, exploring a debate that touches upon historiography, ethics, political science, anthropology, sociology, philosophy, gender studies, and educational theory.

Book Description:
Aristotle was a many-sided intellectual. Philosophy and science were harmonically united in his personality. He and his students studied every field of human activity, as well as of nature. He collected and recorded every piece of knowledge of his epoch and afterwards he scrutinised them with discerning eyes. His works, which are classified into many categories (logical, natural, ontological, ethical, political, rhetorical, and poetical), are the base of many sciences. That is why he has been surged at the top of philosophy for more than 16 centuries, since the time he became more broadly known -in the 1st century B. C., after the first edition of the whole of his surviving works by Andronicus of Rhodes. At first, he was naturally academic and an avid reader. He was born in the ancient Stageira of Macedonia in 384 B. C. in a wealthy family -his father was a doctor in the court of the king of Macedonia Amyntas III. Therefore, he enjoyed the use of his father's library, initially. In the course of his life, he gradually owned a huge library -compared with the data of that time-, which he finally bequeathed to his most loyal student, Theophrastus. According to his biographer Diogenes Laertius (Vitae philosophorum, 5.32.1), he was also αἰτιολογικώτατος (mostly enquiring causes), that is, he enquired the cause in everything, to its minute details, and so he became the founder of scientific research. He did not belittle the work, conclusions, and conjectures of the older cogitators and scientists. He respected them, he took them into consideration, and he studied them. The proof of this is that he always set beforehand in his works what had been said or ascertained by the older ones. But he did not content himself with that; he pulled everything he found to be wrong to pieces and after that he formulated his own opinion -in a kindly and temperate manner. At the end, he also cited the suggestions of other thinkers regarding the specific subject of every time. 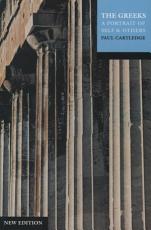 Book Description:
This book provides an original and challenging answer to the question: 'Who were the Classical Greeks?' Paul Cartledge - 'one of the most theoretically alert, widely read and prolific of contemporary ancient historians' (TLS) - here examines the Greeks and their achievements in terms of their own self-image, mainly as it was presented by the supposedly objective historians: Herodotus, Thucydides, and Xenophon. Many of our modern concepts as we understand them were invented by the Greeks: for example, democracy, theatre, philosophy, and history. Yet despite being our cultural ancestors in many ways, their legacy remains rooted in myth and the mental and material contexts of many of their achievements are deeply alien to our own ways of thinking and acting. The Greeks aims to explore in depth how the dominant group (adult, male, citizen) attempted, with limited success, to define themselves unambiguously in polar opposition to a whole series of 'Others' - non-Greeks, women, non-citizens, slaves and gods. This new edition contains an updated bibliography, a new chapter entitled 'Entr'acte: Others in Images and Images of Others', and a new afterword. 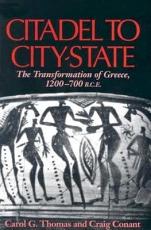 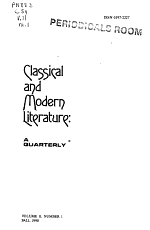 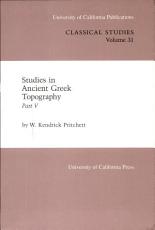 Book Description:
Shavit (history of the Jewish people, Tel Aviv U.) describes how Jewish intellectuals of the 18th century began finding in classical Greek culture elements they though Jewish culture lacked and would have to embrace in order to become part of the modern world. He explains that by asserting that Judaism had been open to Hellenistic influences since the time of the Second Table, they legitimized their own efforts to secularize Jewish identity and culture. First published as Yahadut bi-re'i ha- Yavanut ve-hofa'at ha-Yehudi ha-Helenisti ha-moderni by Am Oved Published, Tel Aviv, in 1992. Distributed by ISBS. Annotation copyrighted by Book News, Inc., Portland, OR 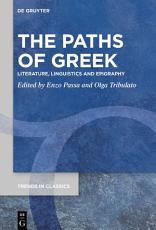 Book Description:
This volume proposes a multidisciplinary approach to the history of Ancient Greek. Each of its ten papers offers a methodological example of how the study of Greek can be greatly enhanced by a truly multidisciplinary perspective in which the analysis of language interacts with epigraphy, textual philology and comparative linguistics, yet without neglecting the role that linguistic features play in the texts in which they are used, and hence in the culture which produced both. The first four papers tackle epic language, addressing eccentric pronouns and formulas, the role and semantics of the middle perfect, and the development of hexameter poetry in the colonial West. The next two papers are devoted to lyric poetry and its linguistic influence in Greek literature and tackle fragments by Corinna and Epicharmus respectively. The remaining four contributions look into a variety of topics spanning from early Ionic prose to the diachronic development of the Greek lexicon and its reception in Byzantine lexicography. They all provide examples of how Greek literary language evolved across the centuries, how it was perceived by ancient scholars, and what contribution modern linguistic approaches can provide to our understanding of both these issues. 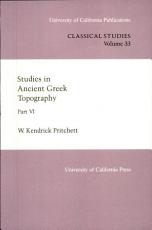 Book Description:
Professor Pritchett continues his study of topographical data to test the veracity of Greek historians. This sixth volume focuses on Pansanias's account of the sites in the Thyreatis, on the historical record on the use of the Thermopylai pass, and on Polybios's accounts of Philip V's march across the Peloponnesos in 219 B.C. and on Thermon in 218 B.C., with new identifications proposed for sites in Arkadia and Aitolia.