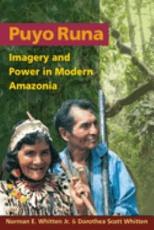 Book Description:
A longitudinal ethnography of a changing indigenous culture in Ecuador 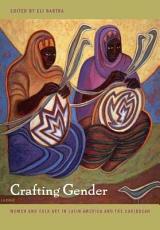 Book Description:
This volume initiates a gender-based framework for analyzing the folk art of Latin America and the Caribbean. Defined here broadly as the "art of the people" and as having a primarily decorative, rather than utilitarian, purpose, folk art is not solely the province of women, but folk art by women in Latin America has received little sustained attention. Crafting Gender begins to redress this gap in scholarship. From a feminist perspective, the contributors examine not only twentieth-century and contemporary art by women, but also its production, distribution, and consumption. Exploring the roles of women as artists and consumers in specific cultural contexts, they look at a range of artistic forms across Latin America, including Panamanian molas (blouses), Andean weavings, Mexican ceramics, and Mayan hipiles (dresses). Art historians, anthropologists, and sociologists from Latin America, the Caribbean, and the United States discuss artwork from Mexico, Argentina, Chile, Colombia, Ecuador, Panama, Suriname, and Puerto Rico, and many of their essays focus on indigenous artists. They highlight the complex webs of social relations from which folk art emerges. For instance, while several pieces describe the similar creative and technical processes of indigenous pottery-making communities of the Amazon and of mestiza potters in Mexico and Colombia, they also reveal the widely varying functions of the ceramics and meanings of the iconography. Integrating the social, historical, political, geographical, and economic factors that shape folk art in Latin America and the Caribbean, Crafting Gender sheds much-needed light on a rich body of art and the women who create it. Contributors Eli Bartra Ronald J. Duncan Dolores Juliano Betty LaDuke Lourdes Rejón Patrón Sally Price María de Jesús Rodríguez-Shadow Mari Lyn Salvador Norma Valle Dorothea Scott Whitten 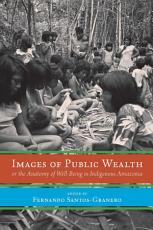 Book Description:
What is considered a good life in contemporary societies? Can we measure well-being and happiness? Reflecting a global interest on the topics of well-being, happiness, and the good life in the face of the multiple failures of millennial capitalism, Images of Public Wealth or the Anatomy of Well-Being in Indigenous Amazonia deliberately appropriates a concept developed by classical economists to understand wealth accumulation in capitalist societies in order to denaturalize it and assess its applicability in non-capitalist kin-based societies. Mindful of the widespread discontent generated by the ongoing economic crisis in postindustrial societies as well as the renewed attempts by social scientists to measure more effectively what we consider to be “development” and “economic success,” the contributors to this volume contend that the study of public wealth in indigenous Amazonia provides not only an exceptional opportunity to apprehend native notions of wealth, poverty, and the good life, but also to engage in a critical revision of capitalist constructions of living well. Through ethnographic analysis and thought-provoking new approaches to contemporary and historical cases, the book’s contributors reveal how indigenous views of wealth—based on the abundance of intangibles such as vitality, good health, biopower, and convivial relations—are linked to the creation of strong, productive, and moral individuals and collectivities, differing substantially from those in capitalist societies more inclined toward the avid accumulation and consumption of material goods. 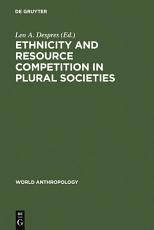 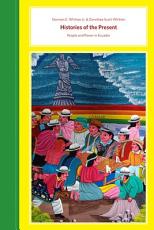 Book Description:
The wellspring of critical analysis in this book emerges from the major Indigenous Uprising of 1990 and its ongoing aftermath in which indigenous and Afro-Ecuadorian action transformed the nation-state and established new dimensions of human relationships. The authors weave anthropological theory with longitudinal Ecuadorian ethnography to produce a unique contribution to Latin American Studies. 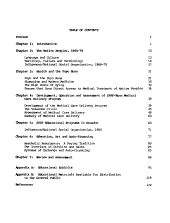 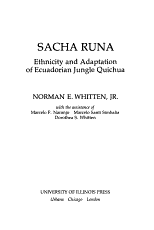 Book Description:
"From Myth to Creation offers a dramatic inside view of the cognitive and symbolic world of native potters and woodworkers from a region undergoing radical change. Extensively illustrated by more than a hundred color and black-and-white photographs, this volume presents cart, culture, and symbolism of Amazonian Ecuador from the perspective of the indigenous creators themselves. By placing Canelos Quichua art in its social and cultural contexts, Dorothea and Norman Whitten promote an understanding and appreciation of art, aesthetics, and the historical and contemporary consciousness of indigenous peoples of the Americas. From Myth to Creation was prepared by the Whittens as a complement to the exhibition of the same title at the Krannert Art Museum, University of Illinois at Urbana-Champaign, 16 April - 22 May 1988. This edition will include a new preface, a new cover, a new chapter 6, and some minor text changes and additions. Most of the original b&w photos from the interior will be replaced by color versions"-- 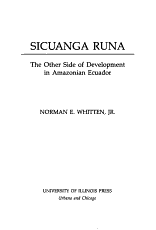