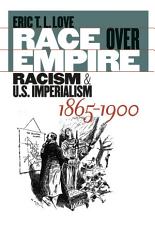 Book Description:
Generations of historians have maintained that in the last decade of the nineteenth century white-supremacist racial ideologies such as Anglo-Saxonism, social Darwinism, benevolent assimilation, and the concept of the "white man's burden" drove American imperialist ventures in the nonwhite world. In Race over Empire, Eric T. L. Love contests this view and argues that racism had nearly the opposite effect. From President Grant's attempt to acquire the Dominican Republic in 1870 to the annexations of Hawaii and the Philippines in 1898, Love demonstrates that the imperialists' relationship with the racist ideologies of the era was antagonistic, not harmonious. In a period marked by Jim Crow, lynching, Chinese exclusion, and immigration restriction, Love argues, no pragmatic politician wanted to place nonwhites at the center of an already controversial project by invoking the concept of the "white man's burden." Furthermore, convictions that defined "whiteness" raised great obstacles to imperialist ambitions, particularly when expansionists entered the tropical zone. In lands thought to be too hot for "white blood," white Americans could never be the main beneficiaries of empire. What emerges from Love's analysis is a critical reinterpretation of the complex interactions between politics, race, labor, immigration, and foreign relations at the dawn of the American century. 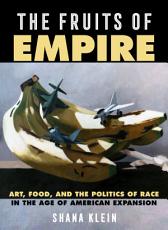 Book Description:
The Fruits of Empire is a history of American expansion through the lens of art and food. In the decades after the Civil War, Americans consumed an unprecedented amount of fruit as it grew more accessible with advancements in refrigeration and transportation technologies. This excitement for fruit manifested in an explosion of fruit imagery within still life paintings, prints, trade cards, and more. Images of fruit labor and consumption by immigrants and people of color also gained visibility, merging alongside the efforts of expansionists to assimilate land and, in some cases, people into the national body. Divided into five chapters on visual images of the grape, orange, watermelon, banana, and pineapple, this book demonstrates how representations of fruit struck the nerve of the nation's most heated debates over land, race, and citizenship in the age of high imperialism. 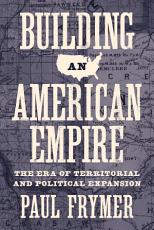 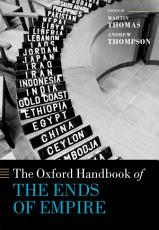 Book Description:
This handbook is currently in development, with individual articles publishing online in advance of print publication. At this time, we cannot add information about unpublished articles in this handbook, however the table of contents will continue to grow as additional articles pass through the review process and are added to the site. Please note that the online publication date for this handbook is the date that the first article in the title was published online. 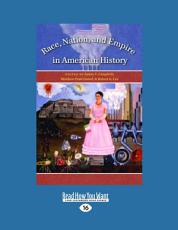 Book Description:
While public debates over America's current foreign policy often treat American empire as a new phenomenon, this lively collection of essays offers a pointed reminder that visions of national and imperial greatness were a cornerstone of the new country when it was founded. In fact, notions of empire have long framed debates over western expansion, Indian removal, African slavery, Asian immigration, and global economic dominance, and they persist today despite the proliferation of anti-imperialist rhetoric. In fifteen essays, distinguished historians examine the central role of empire in American race relations, nationalism, and foreign policy from the founding of the United States to the twenty-first century. Full of transnational connections and cross-pollinations, of people appearing in unexpected places, the essays are also stories of people being put, quite literally, in their place by the bitter struggles over the boundaries of race and nation. Collectively, these essays demonstrate that the seemingly contradictory processes of boundary crossing and boundary making are and always have been intertwined. The contributors are James T. Campbell, Ruth Feldstein, Kevin K. Gaines, Matt Garcia, Matthew Pratt Guterl, George Hutchinson, Matthew Frye Jacobson, Prema Kurien, Robert G. Lee, Eric Love, Melani McAlister, Joanne Pope Melish, Louise M. Newman, Vernon J. Williams Jr., and Natasha Zaretsky. The editors are James T. Campbell, Matthew Pratt Guterl, and Robert G. Lee. 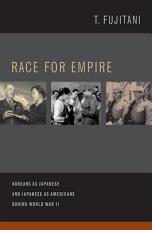 Book Description:
Race for Empire offers a profound and challenging reinterpretation of nationalism, racism, and wartime mobilization during the Asia-Pacific war. In parallel case studies—of Japanese Americans mobilized to serve in the United States Army and of Koreans recruited or drafted into the Japanese military—T. Fujitani examines the U.S. and Japanese empires as they struggled to manage racialized populations while waging total war. Fujitani probes governmental policies and analyzes representations of these soldiers—on film, in literature, and in archival documents—to reveal how characteristics of racism, nationalism, capitalism, gender politics, and the family changed on both sides. He demonstrates that the United States and Japan became increasingly alike over the course of the war, perhaps most tellingly in their common attempts to disavow racism even as they reproduced it in new ways and forms. 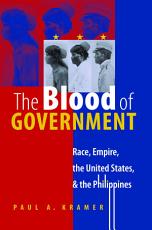 Book Description:
In 1899 the United States, having announced its arrival as a world power during the Spanish-Cuban-American War, inaugurated a brutal war of imperial conquest against the Philippine Republic. Over the next five decades, U.S. imperialists justified their co 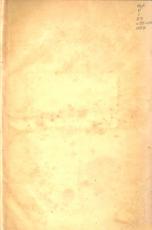