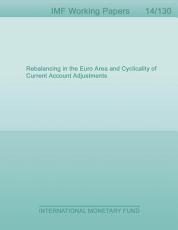 Book Description:
The paper examines progress with the external rebalancing of euro area deficit countries. Relative prices are adjusting at different pace across countries and with different compositions of wage cuts and labor shedding. There is so far limited evidence of resource re-allocation from non-tradable to tradable sectors, while improved export performance is still dependent on external demand from the rest of world. Current account adjustments have taken place, reflecting structural changes but also cyclical forces, suggesting that part of the improvements may unwind when cyclical conditions improve. Looking ahead, relying only on relative price adjustments (which adversely affects demand) to rebalance the euro area could prove very challenging. Structural reforms will play an important role in the reallocation of resources to the tradable sector and the associated relative price adjustment, while boosting non-price and price competitiveness. 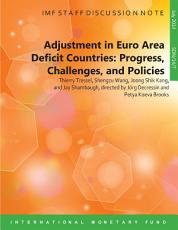 Book Description:
Imbalances within the euro area have been a defining feature of the crisis. This paper provides a critical analysis of the ongoing rebalancing of euro area “deficit economies” (Greece, Ireland, Portugal, and Spain) that accumulated large current account deficits and external liability positions in the run-up to the crisis. It shows that relative price adjustments have been proceeding gradually. Real effective exchange rates have depreciated by 10-25 percent, driven largely by reductions in unit labor costs due to labor shedding. While exports have typically rebounded, subdued demand accounts for much of the reduction in current account deficits. Hence, the current account balance of the euro area as a whole has shifted into surplus. Internal rebalancing has come with subdued activity—notably very high unemployment in the deficit economies—and made continued adjustment more difficult. To advance rebalancing further, the paper emphasizes the need for: (1) macroeconomic policies that support demand and bring inflation in line with the ECB’s medium-term price stability objective; (2) continued EMU reforms (banking union) to ensure proper financial intermediation; and (3) structural reforms in product and labor markets to improve productivity and support the reallocation of resources to tradable sectors.

Book Description:
In the long aftermath of the acute global financial crisis of 2008/09, “rebalancing” the economy with new sources of growth and productivity remains a persistent necessity. This book addresses the resulting trade-offs and challenges. These needs, and the corresponding policy challenges, are especially prevalent in Europe, in particular Central, Eastern and South-Eastern Europe. On this issue, this book contributes lessons learned from earlier balance sheet recessions. It also addresses the often overlooked link between macroeconomic imbalances and economic inequality. Further contributions focus on the interaction between monetary policy and financial stability, adding a regional perspective to these important issues. 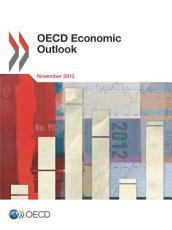 Book Description:
The OECD Economic Outlook is the OECD’s twice-yearly analysis of the major economic trends and prospects for the next two years. 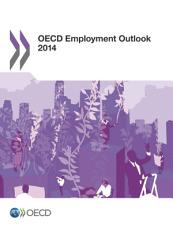 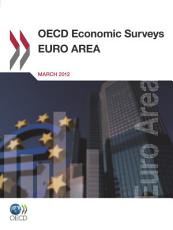 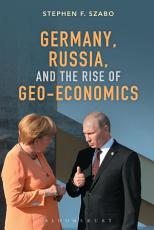 Book Description:
Having emerged from the end of the Cold War as a unified country, Germany has quickly become the second largest exporter in the world. Its economic might has made it the center of the Eurozone and the pivotal power of Europe. Like other geo-economic powers, Germany's foreign policy is characterized by a definition of the national interest in economic terms and the elevation of economic interests over non-economic values such as human rights or democracy promotion. This strategic paradigm is evident in German's relationship with China, the Gulf States and Europe, but it is most important in regard to its evolving policies towards Russia. In this book, Stephen F. Szabo provides a description and analysis of German policy towards Russia, revealing how unified Germany is finding its global role in which its interests do not always coincide with the United States or its European partners. He explores the role of German business and finance in the shaping of foreign policy and investigates how Germany's Russia policy effects its broader foreign policy in the region and at how it is perceived by key outside players such as the United States, Poland and the EU. With reference to public, opinion, the media and think tanks Szabo reveals how Germans perceive Russians, and he uncovers the ways in which its dealings with Russia affect Germany in terms of the importing of corruption and crime. Drawing on interviews with key opinion-shapers, business and financial players and policy makers and on a wide variety of public opinion surveys, media reports and archival sources, his will be a key resource for all those wishing to understand the new geo-economic balance of Europe. 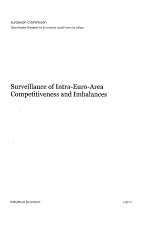 Book Description:
The first decade of EMU has witnessed steady competitiveness divergence between euro-area Member States together with the emergence of large differences in current account positions. These trends are a cause of concern both for individual Member States and for the functioning of EMU. The Eurogroup has discussed the issue repeatedly in recent years and agreed in 2008 to initiate a regular review of competitiveness divergences and macroeconomic imbalances within the euro area. The present report is part of the European Commission's input to the review carried out by the Eurogroup in 2010. It provides a comprehensive assessment of the external performance of euro-area Member States since the launch of the euro, focusing in particular on the impact of the global financial and economic crisis. It also reviews possible policy responses. The competitiveness assessment is broad-based, drawing on the examination of a wide range of indicators. It also includes a review of the domestic imbalances that underlie changes in competitive positions, including excessive growth in private-sector credit and asset prices in some Member States. 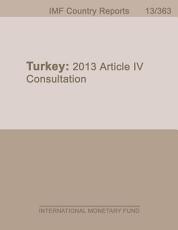 Book Description:
This 2013 Article IV Consultation highlights that the Turkish economy achieved a welcome reduction of imbalances in 2012. In 2013, growth has accelerated significantly on the back of a monetary and fiscal policy stimulus. The economy is projected to expand by 3.8 percent this year, with private consumption and public investment as the main contributors. With this rotation back to domestic demand-led growth, the current account deficit is widening again, while inflation remains above target. The authorities are on track to meet their 2013 budget targets, despite rapid spending growth. Executive Directors have expressed satisfaction that the Turkish financial system is generally sound. 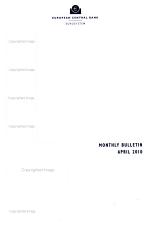