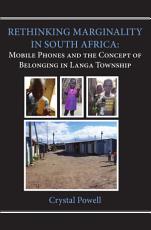 Book Description:
What does it mean to be marginal? For residents of Cape Town's Langa Township, being considered marginal is subject to a host of social, physical and sometimes materialistic qualifications - not least of which is owning a mobile phone. Through various presentations of unique aspects of township life revealed through ethnographic snapshots, this book reveals the complex realities of marginalization experienced by some residents in Langa Township, located in Cape Town, South Africa. Mobile phones have been embraced and accommodated by both local South Africans and African immigrant residents living and working in Langa. Among other things, the technology has become a way of challenging (real and imagined) marginalities within the township in particular and South Africa in general. The book provides empirical data on the role of technology in regards to migration and notions of belonging; specifically the ways that technology has mitigated distance for residents, provided opportunities for development, facilitated the negotiation of various marginalities, and offered new ways of belonging for Langa residents. 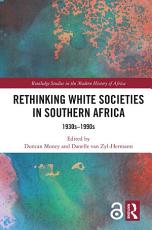 Book Description:
This book showcases new research by emerging and established scholars on white workers and the white poor in Southern Africa. Rethinking White Societies in Southern Africa challenges the geographical and chronological limitations of existing scholarship by presenting case studies from Angola, Mozambique, South Africa, Zambia and Zimbabwe that track the fortunes of nonhegemonic whites during the era of white minority rule. Arguing against prevalent understandings of white society as uniformly wealthy or culturally homogeneous during this period, it demonstrates that social class remained a salient element throughout the twentieth century, how Southern Africa’s white societies were often divided and riven with tension and how the resulting social, political and economic complexities animated white minority regimes in the region. Addressing themes such as the class-based disruption of racial norms and practices, state surveillance and interventions – and their failures – towards nonhegemonic whites, and the opportunities and limitations of physical and social mobility, the book mounts a forceful argument for the regional consideration of white societies in this historical context. Centrally, it extends the path-breaking insights emanating from scholarship on racialized class identities from North America to the African context to argue that race and class cannot be considered independently in Southern Africa. This book will be of interest to scholars and students of southern African studies, African history, and the history of race. 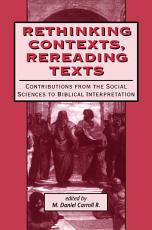 Book Description:
This volume brings together ten essays on the various contexts for texts that social-scientific approaches invoke. These contexts are: the cultural values that inform the writers of texts, the relationship between the text and the reader or community of readers, and the production of texts themselves as social artifacts. In the first, predominantly theoretical, section of the book, John Rogerson applies the perspective of Adorno to the reading of biblical texts; Mark Brett advocates methodological pluralism and deconstructs ethnicity in Genesis; and Gerald West explores the 'graininess' of texts. The second part contains both theory and application: Jonathan Dyck draws a 'map of ideology' for biblical critics and then applies an ideological critical analysis to Ezra 2. M. Daniel Carroll R. reexamines 'popular religion' and uses Amos as a test case; Stanley Porter considers dialect and register in the Greek of the New Testament, then applies it to Mark's Gospel. This is an original as well as wide-ranging exploration of important social-scientific issues and their application to a range of biblical materials. 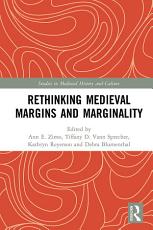 Book Description:
Marginality assumes a variety of forms in current discussions of the Middle Ages. Modern scholars have considered a seemingly innumerable list of people to have been marginalized in the European Middle Ages: the poor, criminals, unorthodox religious, the disabled, the mentally ill, women, so-called infidels, and the list goes on. If so many inhabitants of medieval Europe can be qualified as "marginal," it is important to interrogate where the margins lay and what it means that the majority of people occupied them. In addition, we scholars need to reexamine our use of a term that seems to have such broad applicability to ensure that we avoid imposing marginality on groups in the Middle Ages that the era itself may not have considered as such. In the medieval era, when belonging to a community was vitally important, people who lived on the margins of society could be particularly vulnerable. And yet, as scholars have shown, we ought not forget that this heightened vulnerability sometimes prompted so-called marginals to form their own communities, as a way of redefining the center and placing themselves within it. The present volume explores the concept of marginality, to whom the moniker has been applied, to whom it might usefully be applied, and how we might more meaningfully define marginality based on historical sources rather than modern assumptions. Although the volume’s geographic focus is Europe, the chapters look further afield to North Africa, the Sahara, and the Levant acknowledging that at no time, and certainly not in the Middle Ages, was Europe cut off from other parts of the globe. 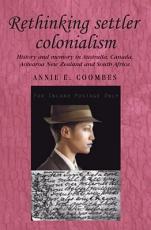 Book Description:
Focusing on the long history of contact between indigenous peoples and the white colonial communities who settled in Australia, Aotearoa New Zealand, Canada and South Africa, this book investigates how histories of colonial settlement have been mythologized, narrated and embodied in public culture in the twentieth century through monuments, exhibitions and images. 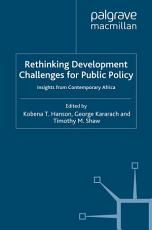 Book Description:
Covers topical issues for Africa's development, economics and politics of climate change, water management, public service delivery, and delivering aid. The authors argue that these issues should be included in the post-MDG paradigm and add an important voice to recent moves by academics and practitioners to engage with each other. 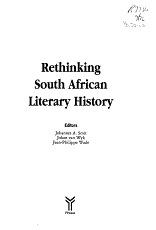 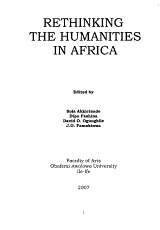 Book Description:
Offering a powerful and probing critique of the,myths, meanings, promises and perils of,globalisation, post-colonialism and other,currently popular discourses, this book challenges,misrepresentations and misappropriations of Africa,in academic texts and in the media and reaffirms,the importance of progressive nationalismPan-Africanism and internationalism for Africa's,reconstruction. 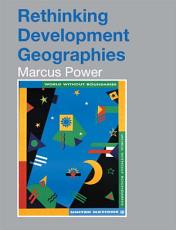 Book Description:
Development as a concept is notoriously imprecise, vague and presumptuous. Struggles over the meaning of this fiercely contested term have had profound implications on the destinies of people and places across the globe. Rethinking Development Geographies offers a stimulating and critical introduction to the study of geography and development. In doing so, it sets out to explore the spatiality of development thinking and practices. The book highlights the geopolitical nature of development and its origins in Empire and the Cold War. It also reflects critically on the historical engagement of geographers with 'the Tropics', the 'Third World' and the 'South'. The dominant economic and political philosophies that shape the policies and perspectives of major institutions are discussed. The interconnections between globalization and development are highlighted through an examination of local, national and transnational resistance to various forms of development. The text provides an accessible introduction to the complex and confusing world of contemporary global development. Informative diagrams, cartoons and case studies are used throughout. While exploring global geographies of economic and political change Rethinking Development Geographies is also grounded in a concern with people and places, the 'view from below', the views of women and the view from the 'South'.