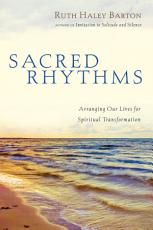 Book Description:
Picking up on the monastic tradition of creating a "rule of life" that allows for regular space for the practice of spiritual disciplines, Ruth Haley Barton takes you more deeply into understanding seven key spiritual disciplines along with practical ideas for weaving them into everyday life. 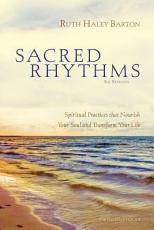 Book Description:
This participant's guide from Barton, designed for use with the six-session Sacred Rhythms DVD study, provides guidance for groups in a way that links the disciplines of the Christian faith to the most compelling desires of the human soul.

Book Description:
"This book is a roadmap for parents seeking to create a lasting relationship that can withstand the storms of life." -Bestselling Author Max Lucado Marc Pittman, one of 16 children, is the son of a dirt-poor farmer who remains to this day the only man to ever knock Marc unconscious. But when he had a son, Marc became the father he had always wanted to have. When seven-year-old Cole asked him about beer, Marc Pittman put down his can and never drank again. He told his boys everything, and they were honest with him in return. They unburdened their fears; told him their dreams; and even admitted their sins. Despite the fact that his sons were star football players, they felt no shame in holding their father's hand in public. People told him he was lucky to have the relationship he did with his children, but Marc Pittman knew the truth-it wasn't luck, he worked at it every day. And then his eldest son, Cole, was killed in a traffic accident on the way to football practice at the University of Texas. This book is the story not just of how Marc Pittman dealt with this tragedy, but of the 21 years he lived with Cole and the lessons he learned about being a good father, a good friend, and a good man. "A must read...Marc Pittman crosses the boundary and stigma of the tough guy and shows that while being very tough, you can also be very compassionate. This book will make you appreciate not every hour, but every second you spend with someone you love." -Mark Gastineau, former Pro Bowl defensive end, New York Jets 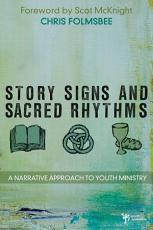 Book Description:
"Today’s teens are even more passionate about changing the world than the generation before them. They are learning just how closely their lives tie in to God’s sweeping story of redemption. And as they see how their journeys of faith are connected to an ongoing story, they are asking how to go deeper into that story. So how can we help align their passion with God’s mission so that their lives and the world can be changed? Story, Signs, and Sacred Rhythms presents a new model for youth ministry that is relevant to the missional church and the changing culture. After challenging youth pastors around the world to consider A New Kind of Youth Ministry, Chris Folmsbee now brings a practical approach to youth ministry that will: • offer a clear and compelling vision of a narrative-missional youth ministry • present a theologically rich and accurate summary of God’s story and mission • equip you with an approach to youth ministry that enables you to create, sustain, and refine environments for Christian transformation • unpack a ministry design that’s customizable, measurable, and evaluative, allowing you to refine and change course as needed • empower you to transform an emerging generation, resulting in teens joining God in his mission to restore the world By exploring a narrative approach that is about God’s story, looking at the signs of God, which are God’s images and metaphors to guide our lives, and discovering the saintly cadences that provide the connection between God and mission, you’ll find concepts and ideologies of an entirely new way of thinking about and doing youth ministry." 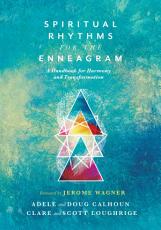 Book Description:
The Enneagram opens a remarkable window into the truth about us, but simply diagnosing our number doesn't do justice to who we are. Transformation happens as we grow in awareness and learn how to apply Enneagram insights to the rhythms of our daily lives. Filled with exercises to engage, challenge, encourage, and sustain, this handbook will help us grow in greater awareness and lead us to spiritual and relational transformation. 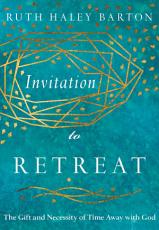 Book Description:
When we choose retreat we make a generous investment in our friendship with Christ. Seasoned spiritual director Ruth Haley Barton gently and eloquently leads us into an exploration of retreat as a key practice that opens us to God, guiding us through seven invitations to retreat. You will discover how to say yes to God's winsome invitation to greater freedom and surrender.

Book Description:
Outlines practical methods through which Christians can reconnect with God's natural and spiritual rhythms, sharing advice on how to establish a peaceful pace within a frenzied or high-pressure schedule. Original.

Book Description:
In this expanded edition of her spiritual formation classic, Ruth Haley Barton invites us to an honest exploration of what happens when spiritual leaders lose track of their souls. Weaving together contemporary illustrations with penetrating insight from the life of Moses, Barton explores topics such as facing the loneliness of leadership, leading from your authentic self, reenvisioning the promised land and more. 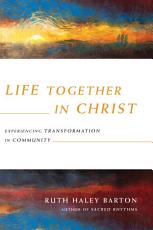 Book Description:
We've all been let down by so-called community. Why is it so hard for us to connect and grow together for the long haul? Veteran spiritual director Ruth Haley Barton helps us get personal and practical about experiencing transformation together. This interactive guide allows us to grow through and by the experience of transforming community.

Book Description:
Much of our faith and practice is about words—preaching, teaching, talking with others. Yet all of these words are not enough to take us into the real presence of God. This book is an invitation to meet God deeply and fully through solitude and silence. This expanded edition includes a guide for groups to use for both discussion and practice.