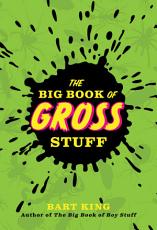 Book Description:
From boogers, B.O., and belches to sneezes, diseases, and demon cheeses, The Big Book of Gross Stuff is chock-full of practical knowledge including a Gross Quiz (kids can see how they stack up against the rest of society) and the World's Most Disgusting Jobs (whale-feces research, anyone?). With the turn of every page, The Big Book of Gross Stuff will challenge your gag reflexes as it introduces topics, terminology and trivia about toilets, scabies, decaying bodies, and much more. The pages overflow with humor and an array of cool phrases that will have readers bending and sending, blowing soup, and gargling gravy all the way to the bathroom! For instance, did you know: In 1971, a band named Hot Poop released a record titled Does Their Own Stuff! They were never heard from again. When using fake vomit, the key to faking people out is to sprinkle water on the stuff to make it look more realistic. Belly button lint is composed of dust, dried sweat, fat, dead skin, and bits of cotton. A man named Graham Barker has collected his belly button lint in jars since 1984. Check out the book trailer on YouTube: Big Book of Gross Stuff: Making Distinctions! http://bit.ly/gcWwcB Bart King, a self-proclaimed "dabbler," is interested in games, magic, current events, music, chess, history, literature, geography, travel, crime, science fiction, art, and almost everything else! The veteran of many water-balloon wars, he's twice won the prized "Arrested Development" award from the New York Society of Amateur Psychologists. He earned a master's degree in history from Sonoma State University and has taught middle school for the past fifteen years. Bart's work has been featured in The Oregonian, The Portland Tribune, Chicago Parent, Family Fun magazine and many other publications. He has also appeared on dozens of television and radio programs including the widely syndicated "Bob and Tom Show." Not only is Bart a wild and crazy boy, he's also the author of the bestselling Big Book of Boy Stuff. Bart subsequently co-authored The Big Book of Girl Stuff with his five sisters and 50 former students. This title won widespread acclaim; if you are skeptical (and you should be!) please see its product page. Also, take a look at these fun links: Bart's fabulously fun and entertaining blogs: Ultragross.blogspot.com and Bartkings.blogspot.com Bart's awesome Website: Bartking.net Bart's Amazon Author Page & Video http://amzn.to/fp8LaA 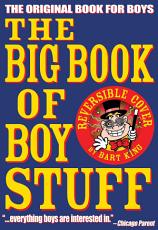 Book Description:
There's this boy. Let's say he's somewhere between nine and thirteen years old or so. You'd like to see this kid get creative. You'd like to see him get some exercise. You'd like to see him get out from in front of the television. And you'd love for him to be motivated enough to find some stuff to do on his own. This boy NEEDS The Big Book of Boy Stuff! What do I do if I get a bean stuck up my nose? How can I make lightning without killing myself? Where can I find new practical jokes to play on my friends and family? How can I make a rocket? What is the best way to poop outside? How do I tell a girl I like her? Why would I tell a girl I like her? How many mosquitoes does it take to suck all the blood out of a person? What's that smell? . . . and many, many more! This big, thick, durable book includes fascinating chapters on gross stuff, magic, emergencies, fireworks, games, experiments, jokes, activities, insults, pets, flying things, and, of course, duct tape. No boyhood is complete without a copy! 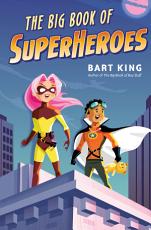 Book Description:
As a child, Bart King discovered he could punch people into outer space. Sadly, he lost a lot of friends that way. Today, Bart is one of the world’s most in-demand superhero experts. So if you’re wondering if you have what it takes to be a superhero—of course you do! All you need is a burning desire to fight evildoers. Oh, and also a secret identity, the perfect name, a cool costume, some terrific superpowers, and an archenemy. Actually, you know what? You better get this book! Bart King writes funny books for kids and immature adults. His titles—including The Big Book of Boy Stuff and The Big Book of Girl Stuff—have sold more than a half million copies. A longtime middle-school teacher, Bart is currently wearing his underwear over his pants. (Don’t ask.) 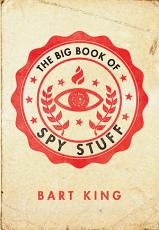 Book Description:
Through King's entertaining text, kids will uncover what lies beyond the sunglasses and disguises of some famous and not-so-famous sneaks. Kids will learn all about the history of spying, what goes into a secret agent tool kit, and how to decode a secret message. The Big Book of Spy Stuff even covers what spies should do when they run into an ethical dilemma. From fighting off tricycle-riding assassins to learning how squirrels can deliver their top-secret messages, there's never a dull moment when it comes to taking on a secret identify! Discover essential spy skills like: Eavesdropping Sending messages in secret code Writing in invisible ink Choosing the coolest code name ever Spotting a liar using their body language What to do when you get caught! 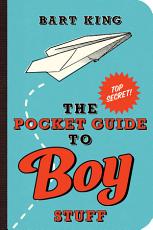 Book Description:
First he taught boys all about mischief and perfecting their shenanigans again a nemesis. Next it was how to play games-without the help of a video-game controller. Now Bart King introduces them to all the important stuff they need to know but adults don't want to tell them. From girls and cooties to flying gadgets and gross stuff, Bart explains it all. Invaluable lessons include: The magical powers of duct tape! How to gluggle-juggle underwater! The awesome art of making faces! Speaking like a pirate! And other cool stuff we can't even mention here! With its handy little size, Pocket Guide to Boy Stuff can go everywhere boys do. 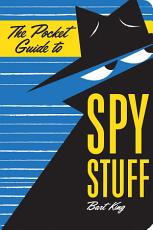 Book Description:
A humorous look at the world of espionage with fun activities that will jump-start your training as a world-class spy. A handy and newly relevant guide to spies and spy craft for youngsters interested in all things espionage. It includes background and tips on how to be a spy, as well as strange-but-true stories of real spies and their unbelievable missions. This pocket-sized compendium covers all facets of the spy game, including chapters on disguises, surveillance, lie detecting, eavesdropping, misinformation, handling secrets, and high-tech spy gear. Part of the Pocket Guide Series. Bart King taught middle school for many years. He's written 28 books, including The Big Book of Girl Stuff, The Big Book of Boy Stuff, The Big Book of Superheroes, The Big Book of Gross Stuff, and Bart's King-Sized Book of Fun. 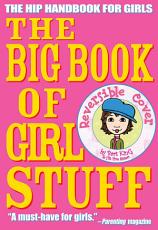 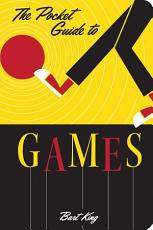 Book Description:
A bestselling compendium of more than 100 active and quiet physical games that can be played by youngsters, oldsters, and anyone in between. The tradition of game playing without computers, joysticks, boards, or game pieces is celebrated in this collection of games that can be played by all ages. With tools such as balls, beanbags, broomsticks, and ropes, parents and teachers can organize dozens of hours of fun and challenging activities for parties, summer camps, neighborhood gatherings, and school groups. Includes active games and quiet games in a range of variations including: Bull in the Ring Cross Tag Do This, Do That Kaleidoscope Lady of the Land Old Buzzard Potato Race Shadow Tag, and more! Bart King taught middle school for many years. He's written 28 books, including The Big Book of Girl Stuff, The Big Book of Boy Stuff, The Big Book of Superheroes, The Big Book of Gross Stuff, and Bart's King-Sized Book of Fun. He lives in Portland, Oregon. 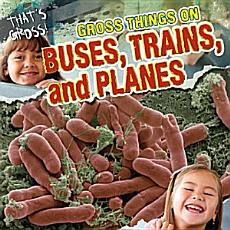 Book Description:
It's not possible for people to walk, or even drive, to many places. Buses, trains, and airplanes get us where we need to go. Unfortunately, wherever large groups of people gather, there are sure to be a lot of germs—and other unpleasant things, too. The more we learn about these things, the more we can keep healthy and adopt behaviors to keep others healthy as well. The gross things hidden from view, or impossible to see with the human eye, on several modes of transportation are discovered through accessible text and engaging, fun facts. 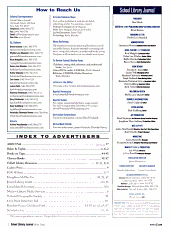