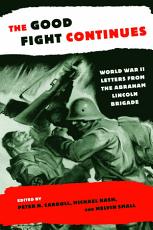 Book Description:
Written with passion and intelligence, the letters of the Abraham Lincoln Brigade in World War II express the raw idealism of anti-fascist soldiers who experienced the war in boot camps, cockpits, and foxholes, but never lost sight of the great global issues at stake. When the United States entered World War II on December 7, 1941, only one group of American soldiers had already confronted the fascist enemy on the battlefield: the U.S. veterans of the Lincoln Brigade, a volunteer army of about 2,800 men and women who had enlisted to defend the Spanish Republic from military rebels during the Spanish Civil War (1936-1939). They fought on the losing side. After Pearl Harbor, Lincoln Brigade veterans enthusiastically joined the U.S. Army, welcoming this second chance to fight against fascism. However, the Lincoln recruits soon encountered suspicious military leaders who questioned their patriotism and denied them promotions and overseas assignments, foreshadowing the political persecution of the postwar Red Scare. African American veterans who fought in fully integrated units in Spain, faced second-class treatment in America's Jim Crow army. Nevertheless, the Lincolns served with distinction in every theater of the war and won a disproportionate number of medals for courage, dedication, and sacrifice. The 154 letters in this volume, selected from thousands held in the Abraham Lincoln Brigade Archives at NYU’s Tamiment Library, provide a new and unique perspective on aspects of World War II.

Book Description:
This title provides a unique perspective into the motivations that led a young man from the American heartland to defy US neutrality and travel to Spain to fight in defence of democracy against Nazi- and Fascist-backed aggression. 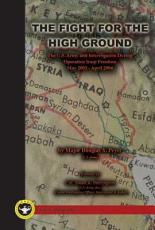 Book Description:
Drawing upon an active-duty counterintelligence officer's perspective as well as more than 150 interviews, investigations, and other primary source documents, U.S. Army Major Douglas A. Pryer provides a detailed look at how mounting U.S. casualties became the catalyst for a moral dilemma in how prisoners were interrogated in Iraq in 2003-2004. Pryer walks us down both sides of the issue, explaining how deficiencies in Army doctrine, force structure, and training enabled harsh interrogation policies to sometimes trump traditional values. The United States, he says, will likely suffer the damage done by abusive interrogations for years to come, and much work still needs to be done to ensure such damage never recurs. Pryer's work reminds us that U.S. soldiers should not torture because Americans aspire to higher ideals. Our fight for this "high ground" was nearly lost...and continues on. 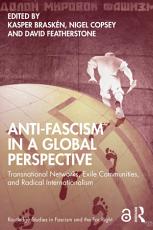 Book Description:
This book initiates a critical discussion on the varieties of global anti-fascism and explores the cultural, political and practical articulations of anti-fascism around the world. This volume brings together a group of leading scholars on the history of anti-fascism to provide a comprehensive analysis of anti-fascism from a transnational and global perspective and to reveal the abundance and complexity of anti-fascist ideas, movements and practices. Through a number of interlinked case studies, they examine how different forms of global anti-fascisms were embedded in various national and local contexts during the interwar period and investigate the interrelations between local articulations and the global movement. Contributions also explore the actions and impact of African, Asian, Latin American, Caribbean, and Middle Eastern anti-fascist voices that have often been ignored or rendered peripheral in international histories of anti-fascism. Aimed at a postgraduate student audience, this book will be useful for modules on the extreme right, political history, political thought, political ideologies, political parties, social movements, political regimes, global politics, world history and sociology. 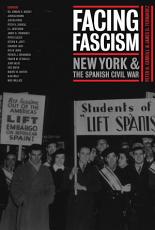 Book Description:
Facing Fascism: New York and the Spanish Civil War provides a window into New York during the 1930s - a city in ferment, writing from the economic pains inflicted by the Depression, but redolent with idealism born from the hope of a better tomorrow - in an effort to better understand the era's broad-based activism. This collection of original essays examines the political discourse and conflict that gripped New York during the war and provides portraits of ordinary men and women who, following their own beliefs and consciences, did extraordinary things.

Book Description:
In 1937 thirty-six nervous young men dressed in ill-fitting blue suits, wearing berets, and carrying identical black valises, were given tickets for an American Export Lines ship. They were told to conduct themselves as ordinary tourists, to be "inconspicuous." They were volunteers for the Abraham Lincoln Brigade, traveling the French underground to join in the fight against Franco. Among them was Milt Felsen, a young New Yorker and radical antiwar activist on the University of Iowa campus who had decided that fascism had to be opposed. Some of these young men never made it to their destination. But Milt Felsen did, beginning a march across the Pyrenees which was only the first of his many battles and adventures. Told with uncommon wit and verve, this memoir of war and resistance is a stirring account of Felsen's involvement in two decades of battle. Surprisingly, this is a spirited and even funny book, infused with Felsen's unbeatable personality. After the Spanish Civil War, Felsen helped form the O.S.S. in World War II. Taken prisoner of war, he escaped in his inimitable style during a 1,200-mile prisoner-of-war march and drove out of Nazi Germany in a Mercedes-Benz. He returned to the United States more convinced than ever of war's insanity and its extreme human cost. 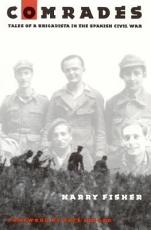 Book Description:
Journalist Harry Fisher became a soldier in the American contingent of international volunteers dedicated to defeating the forces of Fascism in Spain in the early years of this century. This is a war story, simply told. Yet it is also a complex story about a young man whose ideology is severely tested in the harsh realities of battle. 24 photos. 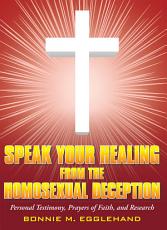 Book Description:
The lies of homosexuality dissipate because a life of purity in Christ Jesus decidedly removes the homosexual deception. Each step toward Jesus brings us closer to His image, and we are changed. We emerge free to be exactly whom Father God created us to be. Leaving all secrets with honesty and transparency before God and man, forgiving ourselves and all abusers, we emerge in our true identity with a heterosexual desire. This desire for the opposite sex is as natural as apple pie. Leaving the judgments, the facades, the sins, and all idols, the stark truth remains. Our true identity is found in Jesus Christ alone. 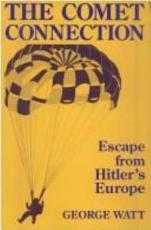 Book Description:
American flyer Watt parachuted out of his burning bomber into Nazi-occupied Belgium. Assisted by selfless patriots who helped him elude the Gestapo, he began the treacherous journey to Spain, where his life was still in danger since he had fought against ruler General Franco in the Spanish Civil War six years earlier.