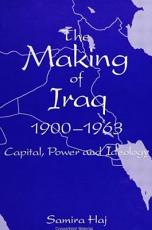 Book Description:
Haj explains the pervasive violence of Iraq's political scene not by invoking ageless images of sectarian strife and irrational bloodlust but by showing that the violent political battles of the 1950s and 1960s were the result of fundamental changes in the system of ownership and agricultural production during the nineteenth century. 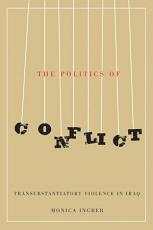 Book Description:
By looking at the problem of complicity in political violence from a social versus a legal perspective, The Politics of Conflict offers readers new insight into the ways in which violence operates. To do this, Monica Ingber applies Gilles Deleuze's analysis of the novellas of Leopold Sacher-Masoch, particularly Venus in Furs, to the politics of violence in Iraq. Specifically, Ingber develops the concept of transubstantiatory violence, to think through the relationship between social complicity and political violence. By assessing politics in Iraq through the lens of transubstantiatory violence, it becomes possible to see how social complicity validates what would be otherwise viewed as illegitimate forms of violence. This legitimization of violence is addressed through the problematization of the modern correlation of security, law, and the social contract by exploring three key areas of socio-politics: state-making and nation-building, political movements, and the popular militia. A serious study that makes important contributions to political science, political philosophy, and conflict studies, The Politics of Conflict demonstrates an alternative view of violence that is provocative in its ability to destabilize dominant understandings of regime violence and the counter-reactions of opposition movements. 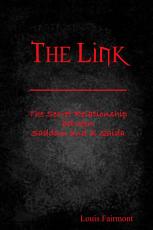 Book Description:
This book provides new evidence that there was a direct operational link between Saddam Hussein and al Qaida. The Link is primarily sourced from the Pentagon Report on Saddam that was released March 2008. The Pentagon report includes some of the actual sourced Iraqi documents, memos, and transcripts retrieved by the U.S. Military during Operation Iraqi Freedom. The Link provides new evidence regarding: * Saddam and al Qaida were working together since 1990 * al Qaida was located in Iraq since 1995 * Saddam in his own words says he gave the order for the 1993 World Trade Center attack. * An Iraqi agent met with a 9/11 hijacker prior to the 9/11 attack * WMDs were in Iraq up until Operation Iraqi Freedom Read the truth that has been suppressed until now! This release is a paperback sized 6" x 9" and is sized for distribution on Amazon. 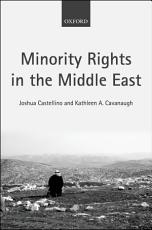 Book Description:
Within the Middle East there are a wide range of minority groups outside the mainstream religious and ethnic culture. This book provides a detailed examination of their rights as minorities within this region, and their changing status throughout the twentieth and twenty-first centuries. The rights of minorities in the Middle East are subject to a range of legal frameworks, having developed in part from Islamic law, and in recent years subject to international human rights law and institutional frameworks. The book examines the context in which minority rights operate within this conflicted region, investigating how minorities engage with (or are excluded from) various sites of power and how state practice in dealing with minorities (often ostensibly based on Islamic authority) intersects with and informs modern constitutionalism and international law. The book identifies who exactly can be classed as a minority group, analysing in detail the different religious and ethnic minorities across the region. The book also pays special attention to the plight of minorities who are spread between various states, often as the result of conflict. It assesses the applicable domestic legislative instruments within the three countries investigated as case studies: Iraq, Syria, and Lebanon, and highlights key domestic remedies that could serve as models for ensuring greater social cohesion and greater inclusion of minorities in the political life of these countries. 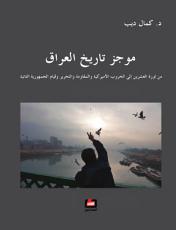 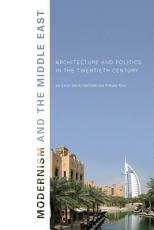 Book Description:
This collection of essays treats the development of modern architecture in the Middle East, ranging from Jerusalem at the turn of the 20th century to Libya under Italian colonial rule, and on to present-day Iraq. The essays cohere around the encounter between the politics of nation-building and architectural modernism. 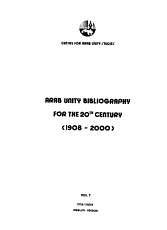 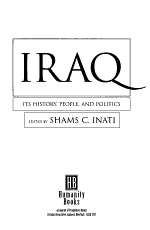 Book Description:
Despite massive U.S. involvement in Iraq, average Americans really know very little about Iraq or its people. Lost in the daily reports of warfare is any objective information about the daily lives of Iraqis, their ethnic diversity, their rich cultural heritage, and their incredibly ancient history stretching back five thousand years to Mesopotamia, the cradle of world civilization. This book attempts to add some balance and depth to the misleading, superficial image of Iraq created by the media focus on the war. The contributors, all specialists in Middle Eastern studies and affiliated with a variety of well-respected universities (Villanova University, University of Chicago, Dartmouth, University of Paris, and others), have written interesting and informative, yet nontechnical articles designed to be accessible to a wide circle of readers, including nonspecialists. The work is divided into five parts. Part I deals with the history and civilization of Iraq, addressing the three most significant aspects: Iraq's magnificent archaeological heritage, reaching back to ancient Mesopotamia; medieval Baghdad (which, among many other achievements, transmitted Greek philosophy to the West); and Iraq's complex and fascinating modern history. Part II takes up some essential aspects of the culture: art, music, and literature. In these fields, Iraq played and continues to play a highly important and influential role both in and outside the region. Part III focuses on a few religious and ethnic communities (Christians, Jews, Shiites, and Kurds), whose history and role in the country have been the subject of confusion and misinterpretation, especially in the West. These specific communities are discussed in the context of the Arab majority and in relation to other important religious and ethnic sects, such as the Sunnis, Turkomen, Mandeans, and Yazidis. Part IV points out the impact of international sanctions on the environment and the economy, and particularly on the lives of women. Finally, Part V deals with regional and international political issues, with emphasis on the politicization of water and oil, and on U.S. policy toward Iraq. Editor Shams C. Inati strives for a balanced presentation, without favoring any specific political position. This superb collection of in-depth essays will enlighten and inform anyone wishing a more complete and fair understanding of Iraq than can be found on television or in newspapers. 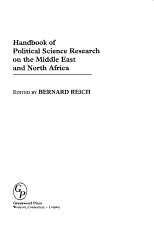 Book Description:
A detailed picture and analysis of the state of the field, an agenda for future research, and a detailed, annotated bibliography of the best research published thus far.