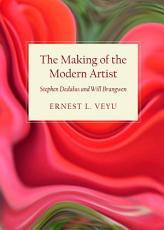 Book Description:
The Making of the Modern Artist: Stephen Dedalus and Will Brangwen examines two fictional artists by James Joyce and D. H. Lawrence in A Portrait of the Artist as a Young Man and D. H. Lawrence’s The Rainbow respectively. It brings together Joyce and Lawrence in their common concern with the modern artist and modern art. Taking the two major artist characters of the two works, this study establishes that Joyce and Lawrence, irrespective of major background, educational, artistic and philosophical differences, converge on the person, character, artistic vision and working methods of the modern artist. This study makes little effort at looking at these fictional artists as alter egos of Joyce and Lawrence; it treats them as modern artists in their own right. It attempts to give them somewhat a critical “right of existence” of their own. 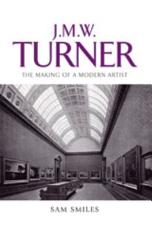 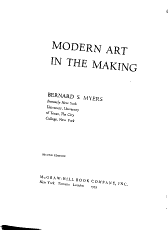 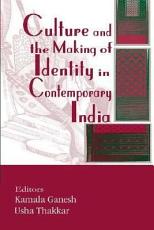 Book Description:
This collection of 17 original essays, provides insights into the many ways in which the interrelated issues of culture, identity and `Indianness' are expressed in contemporary times. The contributors map and evaluate the developments in their respective fields over the past 50 years and cover the topics of art, music, theatre, literature, philosophy, science, history and feminism.

Book Description:
Exploring the myths and realities of the origins of the "modern artist" in Britain The artist has been a privileged figure in the modern age, embodying ideals of personal and political freedom and self-fulfillment. Does it matter who gets to be an artist? And do our deeply held beliefs stand up to scrutiny? Making the Modern Artist gets to the root of these questions by exploring the historical genesis of the figure of the artist. Based on an unprecedented biographical survey of almost 1,800 students at the Royal Academy of Arts in London between 1769 and 1830, the book reveals hidden stories about family origins, personal networks, and patterns of opportunity and social mobility. Locating the emergence of the "modern artist" in the crucible of Romantic Britain, rather than in 19th-century Paris or 20th-century New York, it reconnects the story of art with the advance of capitalism and demonstrates surprising continuities between liberal individualism and state formation, our dreams of personal freedom, and the social suffering characteristic of the modern era. 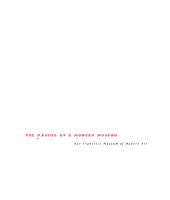 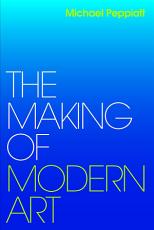 Book Description:
A new collection of key texts from a leading critic of modern art The critic Michael Peppiatt has been described by Art Newspaper as “the best art writer of his generation.” For more than 50 years, he has written trenchant and lively dispatches from the center of the international art world. In this new volume of key works, Peppiatt gives his unique insight into the making, collection, display, and interpretation of modern art. Covering the whole spectrum of modern art—from pioneers such as Gustav Klimt and Chaim Soutine, to collectors and dealers who played a pivotal role in the modern art world, to artists such as Francis Bacon, Bill Jacklin, and Frank Auerbach, with whom he had close relationships—Peppiatt interweaves personal anecdote with critical judgment. Each text is accompanied by a new short introduction, written in Peppiatt’s signature vivid and jargon-free style, in which he contextualizes his writings and reflects on significant moments in a lifetime of artistic engagement. This volume will provide readers with an exhilarating tour of 20th-century art.

Book Description:
Devi Prasad (1921--2011), India's pioneering artist-potter, visionary educationist and pacifist, joined Santiniketan, India's premier art school in 1938 when founder Rabindranath Tagore was siill involved with the institution. At Nandalal Bose's suggestion and following a correspondence with Gandhi in 1944 lie joined Sevagrara, Gandhi's ashram, as Art Teacher, where he taught for nearly twenty years. His political consciousness saw him participate actively in the Quit India Movement in 1942 and in social reforms such as Vinoba Bhave's Bhoodan---the land gift movement of the 1940s and 1950s. Apart from the making of his personal history and his times, this book leads us to why the creative act of making art itself takes on such a fundamental philosophical significance in his life --- an ideal derived directly from his absorption of Gandhi's principles. The purpose of art and life as they came to be realised by him, needed a change in the very approach people have toward work, which could only be achieved through a new philosophy of education. This book argues for an aesthetic basis for India's freedom movement whereby the Arts and Crafts Movement's pioneers like John Ruskin, William Morris, Charles Ashbee and William Lethaby impacted the writings and work of Mahatma Gandhi, Rabindranath Tagore and Ananda K. Coomaraswamy as seen in The ideology of `Swadeshi' --- India's rallying cry for Freedom and the artistic milieu of Santiniketan. Devi Prasad's story, then, exemplifies the importance of the Arts and Crafts Movement in shaping the nature of Modernism in India. Devi Prasad's ideals in art and in political activism, shaped though they may have been on Indian soil, led him to crisscross international borders. In 1962 he migrated to London to become Secretary General (later Chairman) of The War Resisters' International, perhaps the oldest Pacifist organisation in the world in order to spread the Gandhian way of life internationally. Here his artwork underwent another transformation, cognisant of the realities of Western living. On his return to India in 1982, he began to work more concertedly on pottery: developing a community of studio-potters, their studios, tools and equipment. This book reveals, against a backdrop of Modern Indian history and international peace movements, how the worlds of `design', craftsmanship and studio art were negotiated via a philosophical quest to bring about social change. 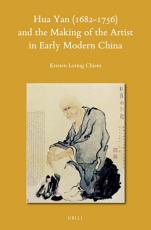 Book Description:
Hua Yan (1682-1756) and the Making of the Artist in Early Modern China explores the relationships between the artist, local society, and artistic practice during the Qing dynasty (1644–1911).