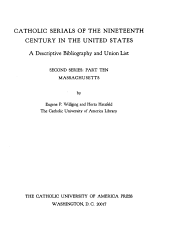 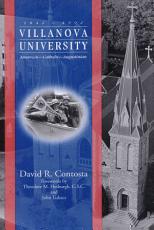 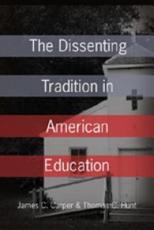 Book Description:
During the mid-nineteenth century, Americans created the functional equivalent of earlier state religious establishments. Supported by mandatory taxation, purportedly inclusive, and vested with messianic promise, public schooling, like the earlier established churches, was touted as a bulwark of the Republic and as an essential agent of moral and civic virtue. As was the case with dissenters from early American established churches, some citizens and religious minorities have dissented from the public school system, what historian Sidney Mead calls the country's «established church.» They have objected to the «orthodoxy» of the public school, compulsory taxation, and attempts to abolish their schools or bring them into conformity with the state school paradigm. The Dissenting Tradition in American Education recounts episodes of Catholic and Protestant nonconformity since the inception of public education, including the creation of Catholic and Protestant schools, homeschooling, conflicts regarding regulation of nonconforming schools, and controversy about the propositions of knowledge and dispositions of belief and value sanctioned by the state school. Such dissent suggests that Americans consider disestablishing the public school and ponder means of education more suited to their confessional pluralism and commitments to freedom of conscience, parental liberty, and educational justice.