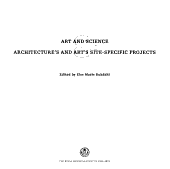 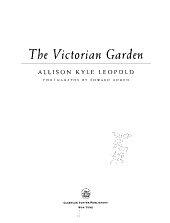 Book Description:
Travel back to a vanished landscape of delicate pergolas, storybook rock grottos, and vast beds of brilliant hybrid blossoms. Leopold presents an enchanting history of gardening's golden age that overflows with hundreds of historical engravings and full-color photos of contemporary re-creations. 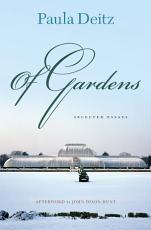 Book Description:
Paula Deitz has delighted readers for more than thirty years with her vivid descriptions of both famous and hidden landscapes. Her writings allow readers to share in the experience of her extensive travels, from the waterways of Britain's Castle Howard to the Japanese gardens of Kyoto, and home again to New York City's Central Park. Collected for the first time, the essays in Of Gardens record her great adventure of continual discovery, not only of the artful beauty of individual gardens but also of the intellectual and historical threads that weave them into patterns of civilization, from the modest garden for family subsistence to major urban developments. Deitz's essays describe how people, over many centuries and in many lands, have expressed their originality by devoting themselves to cultivation and conservation. During a visit to the Abby Aldrich Rockefeller Garden in Seal Harbor, Maine, Deitz first came to appreciate the notion that landscape architecture can be as intricately conceived as any major structure and is, indeed, the means by which we redeem the natural environment through design. Years later, as she wandered through the gardens of Versailles, she realized that because gardens give structure without confinement, they encourage a liberation of movement and thought. In Of Gardens, we follow Deitz down paths of revelation, viewing "A Bouquet of British Parks: Liverpool, Edinburgh, and London"; the parks and promenades of Jerusalem; the Moonlight Garden of the Taj Mahal; a Tuscan-style villa in southern California; and the rooftop garden at Tokyo's Mori Center, among many other sites. Deitz covers individual landscape architects and designers, including André Le Nôtre, Frederick Law Olmsted, Beatrix Farrand, Russell Page, and Michael Van Valkenburgh. She then features an array of parks, public places, and gardens before turning her attention to the burgeoning business of flower shows. The volume concludes with a memorable poetic epilogue entitled "A Winter Garden of Yellow." 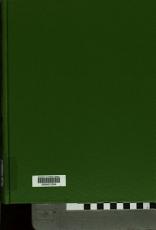 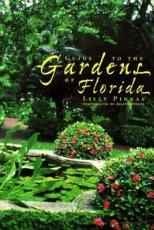 Book Description:
-- Both guides capture the width and breadth of the Peach and Sunshine States -- Learn the history and unique offerings of each garden, what plants to see and the best time to see them -- Perfect for those who just like to look at pretty flowers and take walks down secluded, shaded paths, as well as for those looking for ideas for their own gardens -- Organized by region with detailed information about featured species and garden facilities as well as directions, hours, and admission fees -- A complete calendar of garden events and a listing of where to see specific types of flora 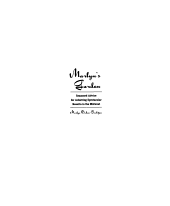 Book Description:
Hints on growing gardens in the Midwest, with chapters on various kinds of flowers and vegetables and trees or shrubs. 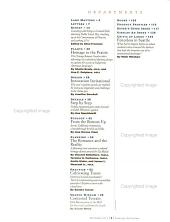