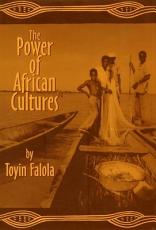 Book Description:
An analysis of the ties between culture and every aspect of African life, using Africa's past to explain present situations. 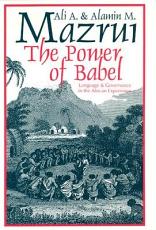 Book Description:
Linguists estimate that there are currently nearly 2,000 languages in Africa, a staggering figure that is belied by the relatively few national languages. While African national politics, economics, and law are all conducted primarily in the colonial languages, the cultural life of the majority of citizens is conducted in a bewildering Babel of local and regional dialects, making language itself the center of debates over multiculturalism, gender studies, and social theory. In The Power of Babel, the noted Africanist scholar Ali Mazrui and linguist Alamin Mazrui explore this vast territory of African language. The Power of Babel is one of the first comprehensive studies of the complex linguistic constellations of Africa. It draws on Ali Mazrui's earlier work in its examination of the "triple heritage" of African culture, in which indigenous, Islamic, and Western traditions compete for influence. In bringing the idea of the triple heritage to language, the Mazruis unravel issues of power, culture, and modernity as they are embedded in African linguistic life. The first section of the book takes a global perspective, exploring such issues as the Eurocentrism of much linguistic scholarship on Africa; part two takes an African perspective on a variety of issues from the linguistically disadvantaged position of women in Africa to the relation of language policy and democratic development; the third section presents a set of regional studies, centering on the Swahili language's exemplification of the triple heritage.The Power of Babel unites empirical information with theories of nationalism and pluralism—among others—to offer the richest contextual account of African languages to date. 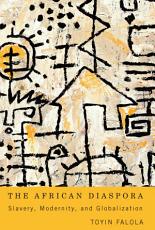 Book Description:
In this definitive study of the African diaspora in North America, Toyin Falola offers a causal history of the western dispersion of Africans and its effects on the modern world. 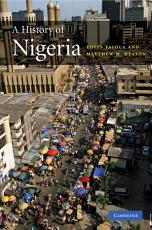 Book Description:
Nigeria is Africa's most populous country and the world's eighth largest oil producer, but its success has been undermined in recent decades by ethnic and religious conflict, political instability, rampant official corruption and an ailing economy. Toyin Falola, a leading historian intimately acquainted with the region, and Matthew Heaton, who has worked extensively on African science and culture, combine their expertise to explain the context to Nigeria's recent troubles through an exploration of its pre-colonial and colonial past, and its journey from independence to statehood. By examining key themes such as colonialism, religion, slavery, nationalism and the economy, the authors show how Nigeria's history has been swayed by the vicissitudes of the world around it, and how Nigerians have adapted to meet these challenges. This book offers a unique portrayal of a resilient people living in a country with immense, but unrealized, potential.

Book Description:
Gives practical guidelines for communication and doing business in any multicultural society, but particularly in South Africa 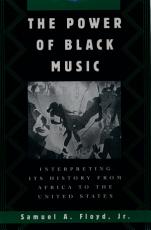 Book Description:
When Jimi Hendrix transfixed the crowds of Woodstock with his gripping version of "The Star Spangled Banner," he was building on a foundation reaching back, in part, to the revolutionary guitar playing of Howlin' Wolf and the other great Chicago bluesmen, and to the Delta blues tradition before him. But in its unforgettable introduction, followed by his unaccompanied "talking" guitar passage and inserted calls and responses at key points in the musical narrative, Hendrix's performance of the national anthem also hearkened back to a tradition even older than the blues, a tradition rooted in the rings of dance, drum, and song shared by peoples across Africa. Bold and original, The Power of Black Music offers a new way of listening to the music of black America, and appreciating its profound contribution to all American music. Striving to break down the barriers that remain between high art and low art, it brilliantly illuminates the centuries-old linkage between the music, myths and rituals of Africa and the continuing evolution and enduring vitality of African-American music. Inspired by the pioneering work of Sterling Stuckey and Henry Louis Gates, Jr., author Samuel A. Floyd, Jr, advocates a new critical approach grounded in the forms and traditions of the music itself. He accompanies readers on a fascinating journey from the African ring, through the ring shout's powerful merging of music and dance in the slave culture, to the funeral parade practices of the early new Orleans jazzmen, the bluesmen in the twenties, the beboppers in the forties, and the free jazz, rock, Motown, and concert hall composers of the sixties and beyond. Floyd dismisses the assumption that Africans brought to the United States as slaves took the music of whites in the New World and transformed it through their own performance practices. Instead, he recognizes European influences, while demonstrating how much black music has continued to share with its African counterparts. Floyd maintains that while African Americans may not have direct knowledge of African traditions and myths, they can intuitively recognize links to an authentic African cultural memory. For example, in speaking of his grandfather Omar, who died a slave as a young man, the jazz clarinetist Sidney Bechet said, "Inside him he'd got the memory of all the wrong that's been done to my people. That's what the memory is....When a blues is good, that kind of memory just grows up inside it." Grounding his scholarship and meticulous research in his childhood memories of black folk culture and his own experiences as a musician and listener, Floyd maintains that the memory of Omar and all those who came before and after him remains a driving force in the black music of America, a force with the power to enrich cultures the world over. 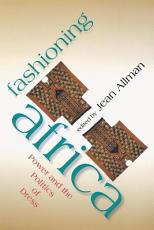 Book Description:
Everywhere in the world there is a close connection between the clothes we wear and our political expression. To date, few scholars have explored what clothing means in 20th-century Africa and the diaspora. In Fashioning Africa, an international group of anthropologists, historians, and art historians bring rich and diverse perspectives to this fascinating topic. From clothing as an expression of freedom in early colonial Zanzibar to Somali women's headcovering in inner-city Minneapolis, these essays explore the power of dress in African and pan-African settings. Nationalist and diasporic identities, as well as their histories and politics, are examined at the level of what is put on the body every day. Readers interested in fashion history, material and expressive cultures, understandings of nation-state styles, and expressions of a distinctive African modernity will be engaged by this interdisciplinary and broadly appealing volume. Contributors are Heather Marie Akou, Jean Allman, A. Boatema Boateng, Judith Byfield, Laura Fair, Karen Tranberg Hansen, Margaret Jean Hay, Andrew M. Ivaska, Phyllis M. Martin, Marissa Moorman, Elisha P. Renne, and Victoria L. Rovine. 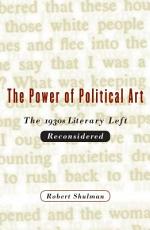 Book Description:
During the 1930s, radical young writers, artists, and critics associated with the Communist Party animated a cultural dialogue that was one of the most stimulating in American history. With the dawning of the Cold War, however, much of their work fell out 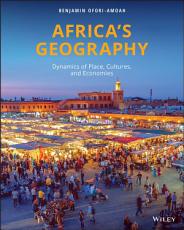 Book Description:
Africa's Geography presents a comprehensive exploration of the world’s second largest and most culturally diverse continent. Author Benjamin Ofori-Amoah challenges common misconceptions and misrepresentations of Africa from a geographical perspective, harnessing the power of modern geographic mapping technology to explore this unique continent. This text provides thorough coverage of the historical, cultural, economic, and political forces that continue to shape Africa, applying geographic context to relevant past and contemporary issues. Coverage of economic development, climate and biogeography, transportation and communication, manufacturing and commerce, and mining and agriculture provides foundational knowledge of this vast and complex continent. Ideally suited for multiple areas of classroom study, this text offers an effective and flexible pedagogical framework. Coverage of the entirety of Africa enables students to develop a cohesive portrait of the continent as a whole and identify the dynamism of its nations, cultures, and economies. Engaging and accessible narrative strengthens comprehension, while examples of historical and contemporary events increase student interest. Innovative and unique, Africa’s Geography is an essential resource for cross-disciplinary investigation of this fascinating part of the world.

Book Description:
"When African scholars lament over the near destruction of African cultures, they do not reflect the reality of African women's historical traditions of empowerment and inclusion in pre-colonial/pre-Christian African societies, which were also lost in the same process of Western Christian cultural imperialism. Similarly, most male Church theologians writing or speaking about inculturation do not address the deeper cultural issues, which impact heavily on African women. ..... [from back cover]