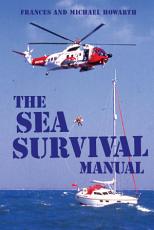 Book Description:
The Sea Survival Manual is the definitive book on the subject for anyone aboard a yacht of any size. It is aimed at the yachtsman or seafarer who is likely to proceed to sea out of the sight of land, whether for pleasure or professional reasons. Fully compliant with the IMO (International Maritime Organisation) resolutions and MCA (Maritime Coastguard Agency) regulations it embodies Sea Safety checks issued by the MCA and RNLI and is completely international in its appeal. Includes chapters on safety and survival equipment, Global Maritime Distress and Safety Systems (GMDSS), liferafts, grab bags, medical equipment and advice, first aid and emergency treatment, abandoning ship, survival in a liferaft and rescues at sea. This is the first modern book to tackle the subject from the small craft point of view. 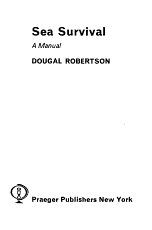 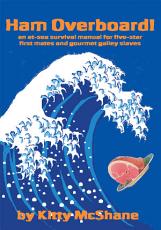 Book Description:
Meals on the waterways need not be dull. Presented with wit and wisdom, Ham Overboard! will earn plaudits from all who sample its on-deck cuisine.

Book Description:
This guide, the first and only one inspired by the military's survival training, is the most comprehensive sea survival manual ever made available to civilians. It covers every detail imaginable, from prior preparation to the right time to abandon ship - and if you should - to navigating your way to rescue or landfall . . . all you'll need to ensure that you reach land alive.

Book Description:
Discusses essential preparations and equipment for use in the event of boating accidents, and teaches shipwreck and liferaft survival skills

Book Description:
Third edition of a training and instruction manual, first published in 1978, intended for use in training seafarers in the use of shipboard life-saving appliances and general survival procedures to follow when forced to abandon ship. This edition incorporates amendments that have been made to international safety. Includes an index. 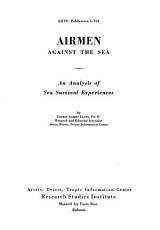 Book Description:
Airmen Against The Sea is the fourth in a series of ADTIC studies to determine how military personnel survived under meegency conditions in variaous parts of the world. Its predecessors, 999 Survived, Sun, Sand and Survival, and Down In the North, dealt with survival respectively in the Southwest pacific Tropics, in ther African Deserts, and in the Arctic. This study concerns survival at sea dn, like its predecessors, employs the topical approach. It is not a water survival manual, but is a factual report of what happened to men who bailed out or ditched at sea, and whose only refuge for days on end was a rubber lifeaft. Under such topical headings as bailout versus ditching, survival equipment, the lifeaft, food, hazards, injuries, morale, and many others, the experiences of the survivors themselves are emphasized. The result is a new and fresh insight into the problems of survival at sea which will eb of inteest to all those wh ofly over water, and of particular value to those concerned directly with rescue operations, with water survival training, and with the development of survival materiel.

Book Description:
A full-scale reference book for everyone boarding a seafaring vessel. The information is accessible, concise, up-to-date, and potentially life-saving. This is a weapon against ignorance at sea, and a no-brainer buy for all those who are interested in the safety of their passengers, their boats and themselves. The book covers everything from emergency radio operation, proper employment of safety equipment, to survival and first aid in the water. It also includes a full glossary and index. It was originally published in the UK this year by the Royal Yachting Association (RYA).