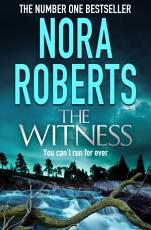 Book Description:
'If you're after the perfect pick-me-up, take-me-away-from-the-world read, then she's your woman' The Guardian 'Nora Roberts is, quite simply, a one-woman phenomenon' Heat 'I love Nora Roberts' Stephen King Abigail Lowery has a dark and terrifying secret. Aged just sixteen, she witnessed a shocking mafia murder. Narrowly escaping with her life, she was forced to leave her old identity - even her real name - behind for good. Fifteen years later Abigail is still hiding from the world - a semi-recluse in the quiet, rural town of Bickford, Arkansas. She has convinced herself that this is all she needs: peace, safety... and her faithful guard dog Bert. Perhaps now, at last, she can stop running. But Brooks Gleason, the local chief of police, has other ideas. Abigail intrigues him - and he'd like nothing better than to break through the walls she has built around herself. His persistence and determination to uncover the truth is unsettling, exciting - and dangerous. One way or another, it will change both their lives for ever. 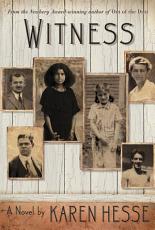 Book Description:
Leanora Sutter. Esther Hirsh. Merlin Van Tornhout. Johnny Reeves . . . These characters are among the unforgettable cast inhabiting a small Vermont town in 1924. A town that turns against its own when the Ku Klux Klan moves in. No one is safe, especially the two youngest, twelve-year-old Leanora, an African-American girl, and six-year-old Esther, who is Jewish. In this story of a community on the brink of disaster, told through the haunting and impassioned voices of its inhabitants, Newbery Award winner Karen Hesse takes readers into the hearts and minds of those who bear witness. 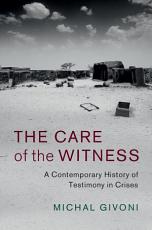 Book Description:
The Care of the Witness explores the historical shifts in the crises of witnessing to genocide, war, and disaster and their contribution to nongovernmental politics. 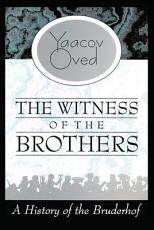 Book Description:
This extraordinary history of the Bruderhof shows how its unwavering commitment to religion, family, and community have enabled it to maintain its unchanging way of life from its beginnings seventy-four years ago to the present day. Although Oved describes social tensions in the movement, which he claims are a consequence of the needs of the larger community and obligations to the church, he considers the Bruderhof to be a shining example of communal stability. Sociologists, theologians, anthropologists, and psychologists alike will find the Bruderhof experience to be a source of deep analysis-for it takes up conditioning of communal survival no less than risks in marginal movements. At the end of World War I, having experienced the horrors of war, the collapse of the German Kaiser regime, and its values shattered, German youth sought out new directions in various youth movements. Youngsters from bourgeois families rejected materialism, celebrated nature, and longed for a simple way of life devoid of class barriers. Eberhard and Emmy Arnold, a couple from an affluent background who identified fully with the radical pacifist youth circles, fused the German Christian socialist youth into a new movement. They settled a commune in Sannerz known as The First Bruderhof, which became a working and learning community whose members could shape their lives according to their faith and find concrete ways of living a life of brotherhood. The Bruderhof at first supported itself by publishing, printing, and providing reliable child care. In 1937, responding to Nazi harassment and to escape conscription, the pacifist settlement fled first to Liechtenstein, then to England. There they provided shelter for many Jewish refugees, among whom was a training group destined for kibbutz life. World War II forced this German-rooted group with pacifist ties to emigrate to Paraguay and eventually to the United States where they settled in New York State. There they doubled their population and the number of their communities in the space of a single generation. 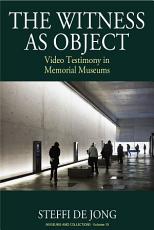 Book Description:
In recent years, historical witnessing has emerged as a category of "museum object." Audiovisual recordings of interviews with individuals remembering events of historical importance are now integral to the collections and research activities of museums. They have also become important components in narrative and exhibition design strategies. With a focus on Holocaust museums, this study scrutinizes for the first time the new global phenomenon of the "musealization" of the witness to history, exploring the processes, prerequisites, and consequences of the transformation of video testimonies into exhibits.

Book Description:
This book examines the positive and negative impact testifying has on those who bear witness to the horrors of war. 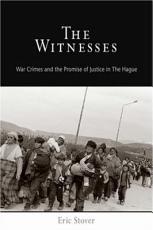 Book Description:
In recent years, the world community has demonstrated a renewed commitment to the pursuit of international criminal justice. In 1993, the United Nations established two ad hoc international tribunals to try those responsible for genocide and crimes against humanity in the former Yugoslavia and Rwanda. Ten years later, the International Criminal Court began its operations and is developing prosecutions in its first two cases (Congo and Uganda). Meanwhile, national and hybrid war crimes tribunals have been established in Sierra Leone, Kosovo, Serbia and Montenegro, Croatia, Bosnia and Herzegovina, East Timor, Indonesia, Iraq, and Cambodia. Thousands of people have given testimony before these courts. Most have witnessed war crimes, including mass killings, torture, rape, inhumane imprisonment, forced expulsion, and the destruction of homes and villages. For many, testifying in a war crimes trial requires great courage, especially as they are well aware that war criminals still walk the streets of their villages and towns. Yet despite these risks, little attention has been paid to the fate of witnesses of mass atrocity. Nor do we know much about their experiences testifying before an international tribunal or the effect of such testimony on their return to their postwar communities. The first study of victims and witnesses who have testified before an international war crimes tribunal, The Witnesses examines the opinions and attitudes of eighty-seven individuals—Bosnians, Muslims, Serbs, and Croats—who have appeared before the International Criminal Tribunal for the former Yugoslavia.

Book Description:
For ten years, Voice of Witness has illuminated contemporary human rights crises through its remarkable oral history book series. Founded by Dave Eggers, Lola Vollen and Mimi Lok, Voice of Witness has amplified the stories of hundreds of people impacted by some of the most crucial human rights crises of our time, including men and women living under oppressive regimes in Burma, Colombia, Sudan, and Zimbabwe; public housing residents and undocumented workers in the United States; and exploited workers around the globe. This selection of narratives from these remarkable men and women is many things: an astonishing record of human rights issues in the 21st century; a testament to the resilience and courage of the most marginalized among us; and an opportunity to better the understand the world we live in through human connection and a participatory vision of history. 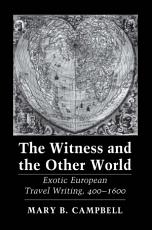 Book Description:
Surveying exotic travel writing in Europe from late antiquity to the age of discover, The Witness and the Other World illustrates the fundamental human desire to change places, if only in the imagination. Mary B. Campbell looks at works by pilgrims, crusaders, merchants, discoverers, even armchair fantasists such as Mandeville, as well as the writings of Marco Polo, Columbus, and Walter Raleigh. According to Campbell, these travel accounts are exotic because they bear witness to alienated experiences; European travelers, while claiming to relate fact, were often passing on monstrous projections. She contends that their writing not only documented but also made possible the conquest of the peoples whom she travelers described, and she shows how travel literature contributed to the genesis of the modern novel and the modern life sciences. 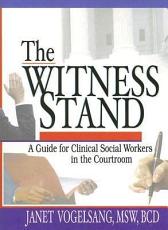 Book Description:
Learn reliable techniques to prepare and present effective testimony! "Soon after leaving graduate school I was thrown to the courtroom wolves with no preparation. No social worker should have to go through that," says Janet Vogelsang, author of The Witness Stand. Few colleges of social work prepare their students for the inevitable involvement with the courts entailed by their profession. This timely book provides you with a blueprint for presenting yourself as a competent and credible professional in court cases. This indispensable guide tells exactly what happens in court, how to counter common strategies for discrediting your profession, and what to do when your client's attorney is obnoxious. The Witness Stand emphasizes the biopsychosocial assessment as the essential tool for a social worker called on to testify in court. Its helpful features include sample forms and affidavits and actual court testimony. The end-of-chapter summaries can be used for rapid review and as a "to do" checklist for preparing a court case. The Witness Stand offers practical, detailed advice on such matters as: how the legal system works how to handle contacts with attorneys and investigators what to do with documents and files how to prepare your testimony how to handle direct testimony and cross-examination how to define your social work expertise on the stand what to wear when you go to court The Witness Stand can help you deal with the anxiety-provoking complexities of the legal system. Instead of being confused or intimidated by legal arcana, you will be well-prepared, well-organized, and ready to present yourself as the confident, reliable professional you are.