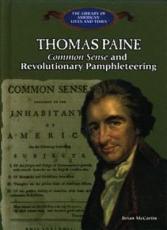 Book Description:
Presents the life of the political writer whose pamphlet "Common Sense" influenced colonial opinion during the Revolutionary War. 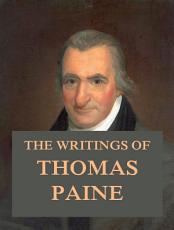 Book Description:
Thomas Paine was one of the Founding Fathers of the United States. He authored the two most influential pamphlets at the start of the American Revolution, and he inspired the rebels in 1776 to declare independence from Britain. Paine is the only English writer who expresses with uncompromising sharpness the abstract doctrine of political rights held by the French revolutionists. His relation to the American struggle, and afterwards to the revolution of 1789, gave him a unique position, and his writings became the sacred books of the extreme radical party in England. This edition contains all four original volumes with his most famous works from 1774 through 1796. Included are "The American Crisis", "Common Sense", "The Rights of Man" and "The Age of Reason". 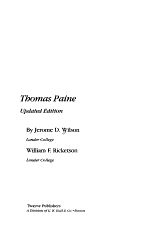 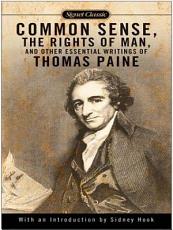 Book Description:
A volume of Thomas Paine's most essential works, showcasing one of American history's most eloquent proponents of democracy. Upon publication, Thomas Paine’s modest pamphlet Common Sense shocked and spurred the foundling American colonies of 1776 to action. It demanded freedom from Britain—when even the most fervent patriots were only advocating tax reform. Paine’s daring prose paved the way for the Declaration of Independence and, consequently, the Revolutionary War. For “without the pen of Paine,” as John Adams said, “the sword of Washington would have been wielded in vain.” Later, his impassioned defense of the French Revolution, Rights of Man, caused a worldwide sensation. Napoleon, for one, claimed to have slept with a copy under his pillow, recommending that “a statue of gold should be erected to [Paine] in every city in the universe.” Here in one volume, these two complete works are joined with selections from Pain's other major essays, “The Crisis,” “The Age of Reason,” and “Agrarian Justice.” Includes a Foreword by Jack Fruchtman Jr. and an Introduction by Sidney Hook 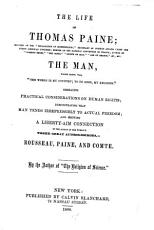 Book Description:
This biography of American radical Thomas Paine includes details of his imprisonment in France during the French Revolution. 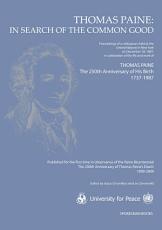