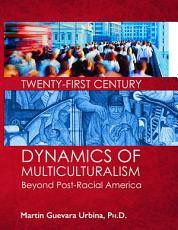 Book Description:
In the twenty-first century few studies have delineated the U.S. multiculturalism story beyond black and white, to include the truths and realities of other Americans over time, resulting in highly skewed academic publications. While the white experience and, to a lesser extent, the black experience, has been well documented, the brown experience, for instance, has been neglected, minimized, or excluded from the pages of history. Clearly, there has been a great need for researchers to examine the multiple intertwining forces of historical and contemporary movements defining, shaping, and governing the everyday experience of America’s people. In the face of centuries of manipulation, exploitation, oppression, and sometimes brutal violence, blacks, browns, reds, yellows, and others are still here, fighting not only for ethnic and racial tolerance but also for equality, justice, respect, and human dignity. In fact, despite the long legacy of hate, violence, and oppression against America’s most disadvantaged communities, particularly undocumented people, the minority population will continue to grow and, with pressing demographic shifts, ethnic and racial minorities will soon become the new face of America. In delineating the dynamics of multiculturalism over the years, contributing authors illustrate that the United States is nowhere near a post-racial society, and thus we must prioritize equality, justice, and multiculturalism if the U.S. is in fact going to have a balanced system. Globally, the United States must actively engage in significant and positive social transformation in the new millennium, if the U.S. is going to be situated and reflective of a post-racial society in the twenty-first century. Twenty-First Century Dynamics of Multiculturalism will be of benefit to professionals in the fields of sociology, history, minority studies, Mexican American (Chicano) studies, ethnic (Latino) studies, law, political science, and also those concerned with sociolegal issues. 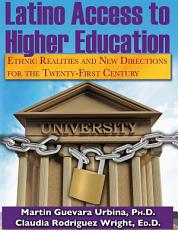 Book Description:
While the black and white racial experience has been delineated over the years, the ethnic realities of Latinos have received minimal attention. Therefore, with Latinos projected as the upcoming U.S. population majority, the central goal of this book is to document the Latino experience in the world of academia, focusing primarily, but not exclusively, on first-generation Latino students in higher education, delineating the dynamics of the educational journey, while situating their experiences within the ethnic community, the overall American society, and the international community. The text focuses on (1) ethnic realities including Latino student access to higher education, retention, graduation rates, and career success; (2) analysis of historic trends; (3) extensive review of prior empirical studies; (4) a holistic portrayal of education in the U.S.; (5) a qualitative study conducted in an institution of higher education in Texas, placing the stories of participating Latino students in theoretical context; (6) vivid documentation of historically entrenched racial ideologies in American education; (7) exploration of potential solutions to historical and contemporary barriers confronting Latino students; (8) development of a model of empowerment for Latino students; (9) information for the establishment of a balanced educational system; (10) accountability of higher education institutions; (11) review of revolutionizing education in the midst of current globalization; and (12) venturing into the future of Latino education in the overall American experience. Finally, the book seeks to examine not only America’s racism that is evident, but also the structural, cultural, and ideological forces that have influenced and continue to perpetuate the current educational situation for Latinos. 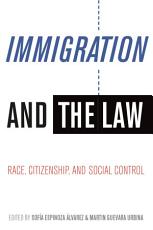 Book Description:
A critical look at the mechanisms, beliefs, and ideologies that govern U.S. immigration laws, and the social impacts of their enforcement--Provided by publisher. 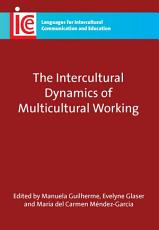 Book Description:
This book is a theoretical and practical discussion of intercultural communication and interaction and is aimed at academic courses as well as professional development programmes. It focuses, from a critical perspective, on the intercultural dynamics established between the members of multicultural groups/teams in various types of work environments. 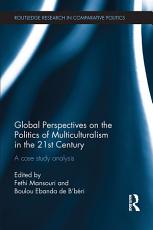 Book Description:
Multiculturalism is now seen by many of its critics as the source of intercultural and social tensions, fostering communal segregation and social conflicts. While the cultural diversity of contemporary societies has to be acknowledged as an empirical and demographic fact, whether multiculturalism as a policy offers an optimal conduit for intercultural understanding and social harmony has become increasingly a matter of polarised public debate. This book examines the contested philosophical foundations of multiculturalism and its, often controversial, applications in the context of migrant societies. It also explores the current theoretical debates about the extent to which multiculturalism, and related conceptual constructs, can account for the various ethical challenges and policy dilemmas surrounding the management of cultural diversity in our contemporary societies. The authors consider common conceptual and empirical features from a transnational perspective through analysis of the case studies of Australia, Canada, Columbia, Germany, New Zealand, the United Kingdom and Uruguay. This book will be of interest to students and scholars of political science, comparative politics, international studies, multiculturalism, migration and political sociology. 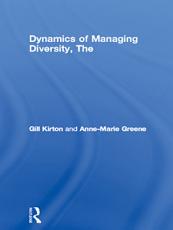 Book Description:
The Dynamics of Managing Diversity:a critical approach takes a fresh approach to the issues of equality and diversity in the world of employment today. It takes the view that the study of equality now needs to consider not only issues of discrimination, but also the needs of people in relation to their diverse cultures and identities. The text discusses diversity as recognition of the differences and similarities between and among social groups, and how resulting policies must reflect these. The Dynamics of Managing Diversity offers an integrative approach looking at all the issues surrounding managing equality and diversity in the workplace. Equality and diversity are treated as mutually reinforcing, rather than competitive concepts. Topics explored are firmly placed within the organizational and labour market framework and examined from a sociological perspective. The text draws on European examples and countries which have made a significant contribution to managing equality and diversity. Divided into two parts, the following topics are addressed: Contexts and Concepts: background settings; the social contexts, the labour market, theoretical concepts and diversity, equality and discrimination issues at the level of the organization. Policy and Practice: looks at the role of the State and EU, trade unions, employer policy approaches and a comparative view of policy examples within a European context. 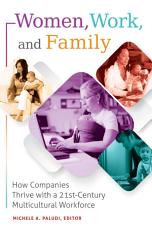 Book Description:
A sweeping collection of new essays gathers historical background, theoretical perspectives, and the latest research on integrating work and personal life in a multigenerational workforce. • Provides insights into 21st-century work/life integration and multigenerational workforce issues and trends • Discusses organizational responses to these trends and offers strategies employers can use to help female employees integrate work and life responsibilities • Shares best practices from human resource specialists, labor attorneys, and employers for meeting the demands of the 21st-century workforce • Identifies organizations that will assist women in integrating work and family roles • Includes first-person accounts by women—managers and non-managers—of workplace strategies that have proven effective for them

Book Description:
In The Burden of Democracy: The Claims of Cultures and Public Culture, Geneviève Souillac offers an original contribution to the debate on contemporary democratic ethics and vindicates the universal development of democracy. This book argues that a public culture articulated around the three principles of deliberative justice, history and encounter can deepen inclusion, mediation, and democratic pluralism under conditions of postmodernity.