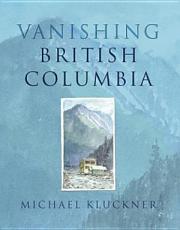 Book Description:
The old buildings and historic places of British Columbia form a kind of "roadside memory," a tangible link with stories of settlement, change, and abandonment that reflect the great themes of BC's history. Michael Kluckner began painting his personal map of the province in a watercolour sketchbook. In 1999, after he put a few of the sketches on his website, a network of correspondents emerged that eventually led him to the family letters, photo albums, and memories from a disappearing era of the province. Vanishing British Columbia is a record of these places and the stories they tell, presenting a compelling argument for stewardship of regional history in the face of urbanization and globalization.

Book Description:
"Daniel Pauly is a friend whose work has inspired me for years." —Ted Danson, actor, ocean activist, and co-author of Oceana "This wonderfully personal and accessible book by the world’s greatest living fisheries biologist summarizes and expands on the causes of collapse and the essential actions that will be required to rebuild fish stocks for future generations.” —Dr. Jeremy Jackson, ocean scientist and author of Breakpoint The world’s fisheries are in crisis. Their catches are declining, and the stocks of key species, such as cod and bluefin tuna, are but a small fraction of their previous abundance, while others have been overfished almost to extinction. The oceans are depleted and the commercial fishing industry increasingly depends on subsidies to remain afloat. In these essays, award-winning biologist Dr. Daniel Pauly offers a thought-provoking look at the state of today’s global fisheries—and a radical way to turn it around. Starting with the rapid expansion that followed World War II, he traces the arc of the fishing industry’s ensuing demise, offering insights into how and why it has failed. With clear, convincing prose, Dr. Pauly draws on decades of research to provide an up-to-date assessment of ocean health and an analysis of the issues that have contributed to the current crisis, including globalization, massive underreporting of catch, and the phenomenon of “shifting baselines,” in which, over time, important knowledge is lost about the state of the natural world. Finally, Vanishing Fish provides practical recommendations for a way forward—a vision of a vibrant future where small-scale fisheries can supply the majority of the world’s fish. Published in Partnership with the David Suzuki Institute

Book Description:
A paperback edition of the award-winning book is now available, just in time for the 125th anniversary of the City of Vancouver. A nuanced collection of historical fact, personal anecdotes, and local knowledge, Vancouver Remembered is a handsome volume that pays homage to Vancouver's past. Kluckner brings the story of Vancouver's rich history to life using a unique mix of his own watercolour paintings, archival and private photographs, vintage postcards, hand-rendered maps, reproductions of vintage advertisements, and other ephemera.Focusing on the decades between World War II and Expo 86, Vancouver Remembered follows the decline and rebirth of what has become one of the world's most livable cities. Kluckner goes neighbourhood by neighbourhood peeling back layers of the past, looking beyond the surface and telling you what and who used to be there. His well-researched historical narrative combines with his own personal reflections on his hometown as he takes readers through the transitions and changes this city has experienced in the past 70 years. These stories give Vancouverites a new understanding of themselves and of their place. 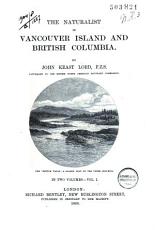 Book Description:
For more than 30 years, renowned anthropologist Wade Davis has traveled the globe, studying the mysteries of sacred plants and celebrating the world’s traditional cultures. His passion as an ethnobotanist has brought him to the very center of indigenous life in places as remote and diverse as the Canadian Arctic, the deserts of North Africa, the rain forests of Borneo, the mountains of Tibet, and the surreal cultural landscape of Haiti. In Light at the Edge of the World, Davis explores the idea that these distinct cultures represent unique visions of life itself and have much to teach the rest of the world about different ways of living and thinking. As he investigates the dark undercurrents tearing people from their past and propelling them into an uncertain future, Davis reiterates that the threats faced by indigenous cultures endanger and diminish all cultures. 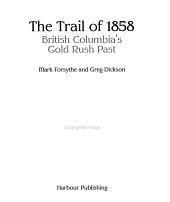 Book Description:
"A real treat for history buffs..." --Annie Boulanger, The Record Partial proceeds from sales will be donated to the BC Historical Federation. 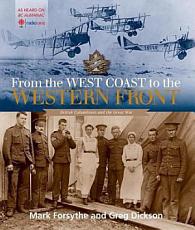 Book Description:
It has often been observed that the First World War jolted Canada into nationhood, and as Mark Forsythe and Greg Dickson show in this compelling book, no province participated more eagerly in that transformation or felt the aftershock more harshly than British Columbia. In From the West Coast to the Western Front, Forsythe, host of CBC Radio’s mid-day show BC Almanac, marks the 100th anniversary of World War I by teaming with historian Greg Dickson and the ever resourceful BC Almanac audience to compile a sweeping portrayal of that crucial chapter of BC history. Of the 611,000 Canadians who fought for King and Country, 55,570 were from British Columbia—the highest per capita rate of enlistment in the country. Of that contingent, 6,225 died in battle, a critical loss to a fledgling province of barely 400,000. Compiling stories, artifacts and photos sent in by BC Almanac listeners from across the province, this volume tells of submarine smuggling, bagpipes lost on the battlefield and of the ongoing struggles by soldiers who made it home. It tells of battles that set records for mass death amid conditions of unequalled squalor, but also of the heroism of front-line nurses and soldiers like George Maclean, a First Nations man from the Okanagan, who won the Distinguished Conduct Medal. By turns devastating, harrowing, insightful and miraculous, these stories reveal much about the spirit and resilience of a people who survived one of history’s greatest disasters to build the province we have today. 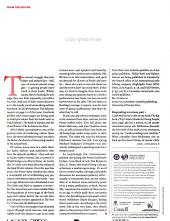