Book Description:
Told from the viewpoint of a child growing up, the poems range from bedtime and teddy bears to a teenager's first love. 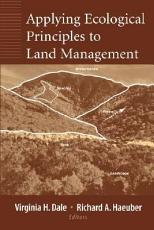 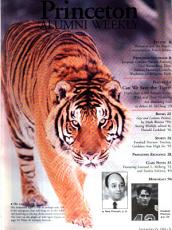 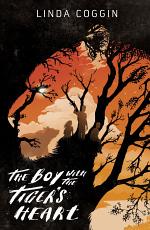 Book Description:
The call of the wild is powerfully realised in this thrillingly evocative modern day fable A girl raised in the wild, a desperate race for freedom and a boy with a fiercely guarded secret... When Nona's guardian kills himself, she is immediately suspected of murdering him. In a world where nature and darkness are feared, where wild animals are held captive and cities are illuminated by permanent light, who will believe her innocence? Nona must flee with her only friend - a bear who is strangely human. In their desperate attempt to escape capture, Nona and her bear encounter two strange boys, Caius and Jay. Together, the four of them will hide, and fight, and make the deadliest of enemies in their desperate race to a forbidden place called The Edge - where nature is unrestrained, where there is light and shade, forest and mountain, and where there are no shackles or boundaries. A poetic, haunting and unforgettable modern fable about nature, society, and what it is that makes us human.

Book Description:
From the author of Nothing to Declare, a new travel narrative examining healing, redemption, and what it means to be a solo woman on the road. "Mary Morris has long been a master memoirist...and has even more to teach us about the lengths to which we must go to reach our deepest selves. I loved this book." -Dani Shapiro, author of Inheritance In the tradition of Wild by Cheryl Strayed and Eat, Pray, Love by Elizabeth Gilbert, Mary Morris turns a personal catastrophe into a rich, multilayered memoir full of personal growth, family history, and thrilling travel. In February 2008 a casual afternoon of ice skating derailed the trip of a lifetime. Mary Morris was on the verge of a well-earned sabbatical, but instead she endured three months in a wheelchair, two surgeries, and extensive rehabilitation. On Easter Sunday, when she was supposed to be in Morocco, Morris was instead lying on the sofa reading Death in Venice, casting her eyes over these words again and again: "He would go on a journey. Not far. Not all the way to the tigers." Disaster shifted to possibility and Morris made a decision. When she was well enough to walk again (and her doctor wasn't sure she ever would), she would go "all the way to the tigers." So begins a three-year odyssey that takes Morris to India in search of the world's most elusive apex predator. Her first lesson: don't look for a tiger because you won't find it--you look for signs of a tiger. And all unseen tigers, hiding in the bush, are referred to as "she." Morris connects deeply with these magnificent and highly endangered animals, and her weeks on tiger safari also afford a new understanding of herself. Written in over a hundred short chapters, All the Way to the Tigers offers an elegiac, wry, and wise look at a woman on the road and the glorious, elusive creature she seeks. 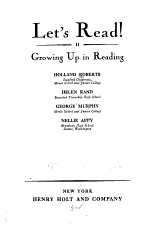 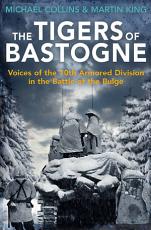 Book Description:
This chronicle of an armored division’s bravery during the Battle of the Bulge sheds new light on the legendary Siege of Bastogne in WWII. Before the 101st Airborne Division’s famous Siege of Bastogne, there was already a US unit holding the town when they arrived. This unit—the 10th Armored Division—continued to play a major role in its defense through the German onslaught. The Tigers of Bastogne offers a detailed chronicle of the young armored division that withstood the full brunt of Manteuffel’s Fifth Panzer Army in the Ardennes. The 10th Armored had only arrived in Europe that September as part of Patton’s Third Army. They soon faced the onslaught of Nazi panzers bursting across no-man’s-land on December 16. But they earned their nickname, “The Tiger Division,” as they went on the defensive at Bastogne, surrounded by an entire German army. Gen. Anthony McAuliffe of the 101st Airborne said, “It seems regrettable to me that Combat Command B of the 10th Armored Division didn’t get the credit it deserved at the Battle of Bastogne. All the newspaper and radio talk was about the paratroopers. Actually the 10th Armored Division was in there a day before we were and had some very hard fighting before we ever got into it.” Fortunately, in this book, the historical record is finally corrected. 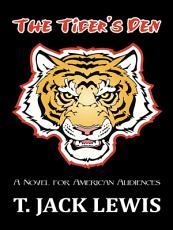 Book Description:
This story is not about Japan. It is about all people. It is about tragedy and fear. It is about courage. It is about love, and it is about growth. It is about doing the right thing. It is written in English, but the setting is Western Manchuria early in World War II. The pilots of the Japanese forces are facing their first combat against top notch Russian pilots. They apply their training but find that actual combat is not what the books described. They find comfort in the arms of the women that provide relief... for a price. Manchuria + Mongolia. Russia + Japan. Buddhism + Christianity + Islam. Occupation + Oppression. The World’s Oldest Profession + Sympathy and Humanity. Add them all together and you get: A compelling story of a young man thrown into a stark reality. He must grow quickly and learn the hard way. From the fear and danger to: The Tiger’s Den 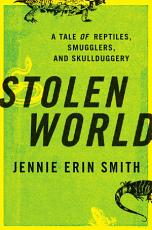 Book Description:
Tortoises disappear from a Madagascar reserve and reappear in the Bronx Zoo. A dead iguana floats in a jar, awaiting its unveiling in a Florida court. A viper causes mayhem from Ethiopia to Virginia. In Stolen World, Jennie Erin Smith takes the reader on an unforgettable journey, a dark adventure over five decades and six continents. In 1965, Hank Molt, a young cheese salesman from Philadelphia, reinvented himself as a “specialist dealer in rare fauna,” traveling the world to collect exquisite reptiles for zoos and museums. By the end of the decade that followed, new endangered species laws had turned Molt into a convicted smuggler, and an unrepentant one, who went on to provide many of the same rare reptiles to many of the same institutions, covertly. But Molt soon found a rival in Tommy Crutchfield, a Florida carpet salesman with every intention of usurping Molt as the most accomplished reptile smuggler in the country. Like Molt, Crutchfield had modeled himself after an earlier generation of natural-history collectors celebrated for their service to science, an ideal that, for Molt and Crutchfield, eclipsed the realities of the new wildlife-protection laws. Zoo curators, caught between a desire for rare animals and the conservation-minded focus of their institutions, became the smugglers’ antagonists in court but also their best customers, sometimes simultaneously. Crutchfield forged ties with a criminally inclined Malaysian wildlife trader and emerged a millionaire, beloved by some of the finest zoos in the world. Molt, following a string of inventive but disastrous smuggling schemes in New Guinea, was reduced to hanging around Crutchfield’s Florida compound, plotting Crutchfield’s demise. The fallout from their feud would result in a major federal investigation with tentacles in Germany, Madagascar, Holland, and Malaysia. And yet even after prison, personal ruin, and the depredations of age, Molt and Crutchfield never stopped scheming, never stopped longing for the snake or lizard that would earn each his rightful place in a world that had forgotten them—or rather, had never recognized them to begin with.

Book Description:
Over the past three decades, more than a quarter of a million children have become citizens of the United States through international adoption. Kindergarten teacher Jane Katch recently found herself with three such children in her class: Katya, born in Russia, Jasper, from Cambodia, and Caleb, from Romania. Each child had spent early years in an orphanage, and each had unique educational and emotional needs. How Katch came to recognize and respond to those needs makes up the journey of discovery in this moving and insightful book. Interspersing vignettes from the classroom and conversations with the children’s parents, Far Away from the Tigers first explores Katch’s misunderstandings and mistakes as she struggles to help the children adjust to school. As Katch learns more about each child’s preadoption past, she gradually realizes that they were deprived of some basic learning experiences and she needs to find ways to fill those gaps. Before Caleb can learn to read or write, he must improve his verbal skills by learning nursery rhymes, stories, and songs. Katya, who came from an overcrowded orphanage, now needs to be the center of attention; before learning how to form real friendships, she first must gain control over more basic functions such as eating and sleeping. And the youngest, Jasper, needs steady encouragement to play with classmates instead of sitting alone practicing his handwriting. Slowly, through trial and error and by drawing on the deep understanding and intense commitment of the children’s parents, Katch discovers the importance—and joy—of allowing each child time to develop in his or her own way. Beautifully told, wise, and candid, Far Away from the Tigers is a gift for parents, teachers, and anyone who cares for children growing up in a new home.