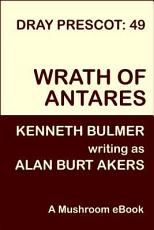 Book Description:
Volume forty-nine of the epic saga of Dray Prescot and the last book of the Balintol Cycle. Dray Prescot is attempting to unify the sub-continent of Balintol against the overweening ambitions of local rulers, so that a united front can be presented to the predatory reivers from over the curve of the world -- the dreaded Fish-heads, the Shanks. These rulers of various countries of Balintol, and the people trying to usurp them, appear to care only for their own ambitions. Having saved the Illusionist of Winlan and preserved the Wall that retains the demon monsters created by Khon the Mak's Dokerty priests, Prescot now realizes to his profound horror that the phantom of his wife Delia he saw buried by falling rock was no apparition... 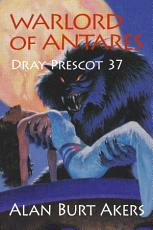 Book Description:
His empire endangered by the diabolical schemes of the evil witch Csitra, Dray Prescot is summoned by the powerful Star Lords who warn of a dread menace approaching from the South. Dray must take on all challengers to become the Warlord of Kregen, uniting his people against the dual threat of Csitra's deadly magic and a seemingly unstoppable invasion by the Shanks, piratical warriors from the Southlands. This edition contains a glossary to the Witch War cycle. Warlord of Antares is the thirty-seventh book in the epic fifty-two book saga of Dray Prescot of Earth and of Kregen by Kenneth Bulmer, writing as Alan Burt Akers. The series continues with Scorpio Reborn. 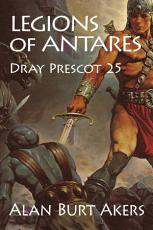 Book Description:
For too long the iron legions of the evil empress of Hamal have devastated the neighboring lands and islands of Kregen. Under the twin suns of Antares, that planet of marvels has been made a scene of carnage, rapine, and death. Dray Prescot, Earthman transported to Kregen, battled Empress Thyliss all the way, and at long last found himself nearing the showdown of his long campaign on his new homeland. Gathering about himself old allies and former enemies, Dray prepares to challenge the empress at the very doors of her capital city, until he discovers that she is about to spring her secret weapon: the super-science of the mad wizard of Loh. Legions of Antares is the twenty-fifth book in the epic fifty-two book saga of Dray Prescot of Earth and of Kregen by Kenneth Bulmer, writing as Alan Burt Akers. The series continues with Allies of Antares. 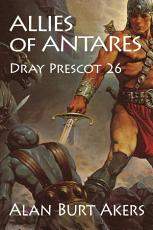 Book Description:
Beneath the two suns of Antares, the planet Kregen is truly the wonder of the universe. For there, at the inscrutable planning of unseen powers, are gathered members of the great races of the galaxy. There, too, were natural humans, and their strivings and ambitions colored and led the struggle to create a world of peace. Dray Prescot, Earthman, had been brought there as an agent of the Star Lords, but he has made himself into a rallying point of strength. Now, after the worst war between the humanoid lands has finally concluded, Prescot again confronts the Star Lords, only to learn that the hard won peace is just a transition to a great hemispheric invasion that was even then raiding over the horizon. This book contains a glossary of the Spikatur cycle. Allies of Antares is the twenty-sixth book in the epic fifty-two book saga of Dray Prescot of Earth and of Kregen by Kenneth Bulmer, writing as Alan Burt Akers. The series continues with Mazes of Scorpio. 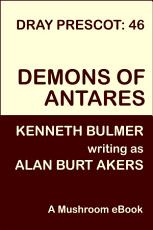 Book Description:
Dray Prescot is on the subcontinent of Balintol where he has the task of uniting the disparate countries so that all Paz can defend itself against the predatory, fish-headed Shanks from the other side of the world. This undertaking is complicated by the megalomaniac desires of certain princes and nobles who are determined to win the crown of Tolindrin for themselves, and are willing to destroy anyone who gets in their way. They have hired mercenary armies and allied themselves with the traditional enemies of the country. Prescot has to use all his strengths and all his scheming and tricks to achieve his goal with as little bloodshed as possible... Demons of Antares is the forty-sixth book in the epic fifty-two book saga of Dray Prescot of Earth and of Kregen by Kenneth Bulmer, writing as Alan Burt Akers. The series continues with Scourge of Antares. 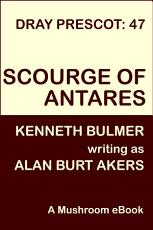 Book Description:
If you are prepared to hurl yourself into adventure, to face peril with a brave heart, to risk all, then the marvelous world of Kregen offers you everything you have ever dreamed. For Dray Prescot the challenges are enormous. His task is to unite the sub-continent of Balintol against the Shanks, but due to the megalomaniac striving for power of various factions within the countries of Balintol, the whole place looks set to go up in flames. Prescot has uncovered some of the details of a plot by the cultists of the religion of Dokerty to turn ordinary men and women into receptacles for demons, who then destroy wantonly until the frail human body can no longer support the intolerable demonic forces. Now he has escaped from the Dokerty temple with a mysterious young woman, Veda. They are fleeing for their lives as the Suns of Scorpio descend into night...

Book Description:
What would you do if you found out your dotty old Gran wasn't from Surrey after all, but from a planet six hundred light years away across the galaxy? Not only that but she's really an exiled Princess from a Royal family that has been virtually wiped out by a tyrannical usurper. Would you believe it? That’s the question being asked by Caroline, Alex and Emily Wright, after moving in with Gran when their Father loses his job. But you might find it easier to believe, if you were actually standing on that self-same planet looking into a sky with two suns. That's the situation in which Caroline, Alex and Emily find themselves when they accidentally get transported across the galaxy. Would you join the fight for freedom against the tyrant, if that was the only way to get back home to Earth? Now you understand the dilemma facing Caroline, Alex and Emily. What would you do? 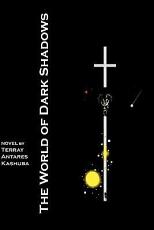 Book Description:
The World of Dark Shadows is science fiction and fantasy with a touch of horror at its best. It is an epic adventure of three friends, Jean de Leon, Mary Williams, and Tim Morgan, bound by their friendship and love for each other. They are guided by a symbiotic transformational Orb named Gabriel. Gabriel is from Zen a Psi-Force world in space without time. Together they journey through inter-dimensional space-time and alternate realities to the evil and forbidden, World of Dark Shadows, in a heroic attempt to obtain the, Ancient Book of Signs and Symbols and rescue their loved ones. Together the four friends struggle against dark forces, powers and principalities, in a dangerous struggle against all odds to rescue those they love from an insidious evil entity whose only purpose for existence is to bring forth death, destruction and possession of their eternal souls and conquest of their world. The prophecy said, three children wise beyond their ages with a transformational Orb, would challenge Lucifer's dominion to save all that they love and believe in. What the prophecy did not say was whether or not they would succeed. 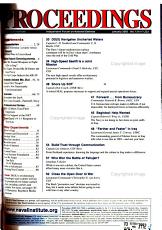