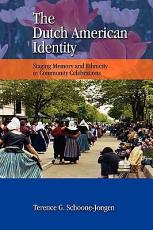 Book Description:
Each year, thousands of communities across the United States celebrate their ethnic heritages, values, and identities through the medium of festivals. Drawing together elements of ethnic pride, nostalgia, religious values, economic motives, cultural memory, and a spirit of celebration, these festivals are performances that promote and preserve a community's unique identity and heritage, while at the same time attempting to place the ethnic community within the larger American experience. Although these aims are pervasive across ethnic heritage celebrations, two festivals that appear similar may nevertheless serve radically different social and political aims. Accordingly, The Dutch American Identity examines five Dutch American festivals-three of which are among the oldest ethnic heritage festivals in the United States-in order to determine what such festivals mean and do for the staging communities. Although Dutch Americans were historically among the first ethnic groups to stage ethnic heritage festivals designed to attract outside audiences, and despite the fact that several Dutch American festivals have met with sustained success, little scholarship has focused on this ethnic group's festivals. Moreover, studies that have considered festivals staged by communities of European descent have typically focused on a single festival. The Dutch American Identity thus, on the one hand, seeks to call attention to the historical development and current sociocultural significance of Dutch American heritage festivals. On the other hand, this study aims to elucidate the ties that bind the five communities that stage these festivals together rather than studying one festival in isolation from the others. Creatively combining several methodologies, The Dutch American Identity describes and analyzes how the social, political, and ethical values of the five communities are expressed (performed, acted out, represented, costumed, and displayed) in their respective festivals. Rather than relying on familiar, even stereotypical, notions of "the Midwest," "rural America," "conservative America," etc., that often appear in contemporary political discourse, Schoone-Jongen shows just how complex and contradictory these festivals are in the ways they represent each community. At the same time, by placing these festivals within the context of American history, Schoone-Jongen also demonstrates how and why each festival is a microcosm of particular cultural, social, and political developments in modern America. The Dutch American Identity is an important book for sociology, performance studies, folklore, immigration history, anthropology, and cultural history collections. 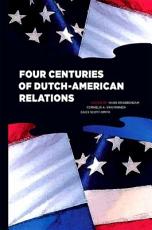 Book Description:
A comprehensive history of bilateral relations between the Netherlands and the United States. 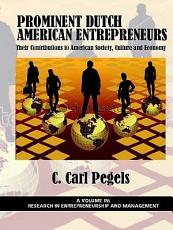 Book Description:
The book presents the stories of the more successful Dutch American entrepreneurs, active in the United States, with some going back as far as 400 years. The majority of the entrepreneurs covered in the book were active during the past 150 years. Each of the individuals covered represent an enterprise that was well known during its respective era. In some of the cases the individuals were better known than the enterprises they represented, and some became historic figures. Some of the more famous Dutch American entrepreneurs are Cornelius Vanderbilt, and his son William Vanderbilt, transportation entrepreneurs in the nineteenth century. Also famous during the early nineteenth century was DeWitt Clinton, the driving force behind the building of the Erie Canal. During the twentieth century, there were such famous Dutch American entrepreneurs as Cecil B. DeMille, Darryl Zanuck, and others in the entertainment industry. The most successful entrepreneurs, still alive today, are the billionaire businessmen, the Koch brothers, who own the multibillion dollar Koch Industries, an oil and chemical industry firm. The book’s audience consists of academics, the public, and specifically the Dutch American public, numbering from 6 to 10 million people. The book is also an important source book and reader for college courses in Entrepreneurship, American History, Culture, Society and Economy. 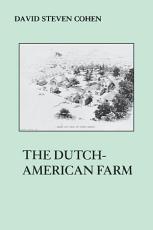 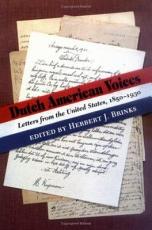 Book Description:
This volume offers a rich sampling of correspondence from the Dutch Immigrant Letter Collection at Calvin College. Sent from immigrants to friends and family in the Netherlands, the letters describe the writers? new lives and the daily experiences of becoming American. ?Dutch American Voices is a wonderful scrapbook that should be a part of every library in the Midwest and every home of those Americans of Dutch ancestry. Brinks should be commended not only for this volume but also for a lifetime of collecting and preserving this precious legacy in the Dutch Immigrant Letter Collection at Calvin College. His work is a labor of love as well as a service to scholarship.'--Michigan History Magazine 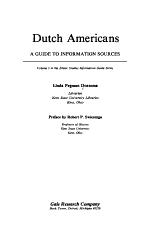 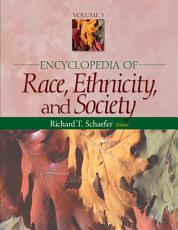 Book Description:
This three volume reference set offers a comprehensive look at the roles race and ethnicity play in society and in our daily lives. General readers, students, and scholars alike will appreciate the informative coverage of intergroup relations in the United States and the comparative examination of race and ethnicity worldwide. These volumes offer a foundation to understanding as well as researching racial and ethnic diversity from a multidisciplinary perspective. Over a hundred racial and ethnic groups are described, with additional thematic essays offering insight into broad topics that cut across group boundaries and which impact on society. The encyclopedia has alphabetically arranged author-signed essays with references to guide further reading. Numerous cross-references aid the reader to explore beyond specific entries, reflecting the interdependent nature of race and ethnicity operating in society. The text is supplemented by photographs, tables, figures and custom-designed maps to provide an engaging visual look at race and ethnicity. An easy-to-use statistical appendix offers the latest data with carefully selected historical comparisons to aid study and research in the area 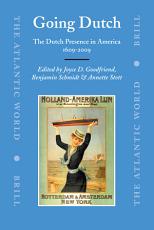 Book Description:
This volume investigates the place of Dutch history and Dutch-derived culture in America over the last four centuries. It considers how the Dutch have fared in America, and it explores how American conceptions of Dutchness have developed, from Henry Hudson's historic voyage to Manhattan in 1609 through the rise of Dutch design at the turn of the twenty-first century. Essays probe a rich array of topics: Dutch themes in American arts and letters; the place of Dutch paintings in American collections; shifting American interests in Dutch art, literature, and architecture; the experience of Dutch immigrants in America; and the Dutch Reformed Church in America. "Going Dutch" presents a much needed overview of the Dutch-American experience from its beginnings to the present. Contributors include: Julie Berger Hochstrasser, Willem Frijhoff, Joyce D. Goodfriend, Hans Krabbendam, Joseph Manca, Nancy T. Minty, Mark A. Peterson, Christopher Pierce, Judith Richardson, Louisa Wood Ruby, Benjamin Schmidt, Robert Schoone-Jongen, Annette Stott, Tity de Vries, and Dennis P. Weller. 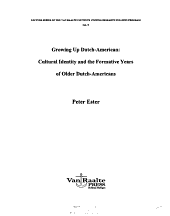 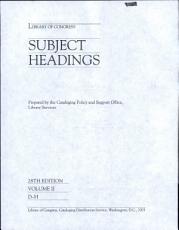