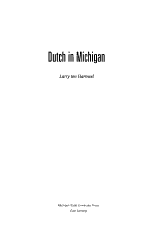 Book Description:
Even though they are historically one of the smaller immigrant streams, nineteenth-century Dutch migrants and their descendants have made parts of West Michigan their own. The first Dutch in Michigan were religious dissenters whose commitment to Calvinism had long-reaching effects on their communities, even in the face of later waves of radicalized industrial immigrants and the challenges of modern life. From Calvin College to Meijer Thrifty Acres and the Tulip Festival, the Dutch presence has enriched and informed people throughout the state. Larry ten Harmsel skillfully weaves together the strands of history and modern culture to create a balanced and sensitive portrayal of this vibrant community. 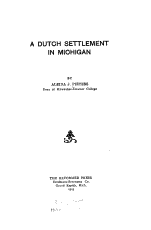 Book Description:
Michigan Genealogy identifies records on the state and regional level and then the county level, providing details of vital records, court and land records, military records, newspapers, and census records, as well as the holdings of the various societies and institutions whose resources and facilities support the special needs of the genealogist. This thoroughly revised and expanded edition lists, county by county, the names addresses, websites, e-mail addresses, and hours of business of libraries, archives, genealogical and historical societies, courthouses, and other record repositories; describes their manuscripts and record collections; highlights their special holdings; and provides details regarding queries, searches, and restrictions on the use of their records. 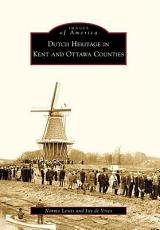 Book Description:
"Brother I cannot tell you what is best for you—staying there or coming here. If it only concerned yourself! would say, stay. But if you are concerned about your descendents I would say, come." Writing from his Michigan farm to relatives back in Overijssel, Jacob Dunnink voiced a perspective at once uniquely his own and typical of his immigrant community in 1856. Dutch American Voices brings together a full spectrum of such perspectives, as expressed in immigrants' letters to their families and friends in the Netherlands. From the terse notes of first-time writers to the polished chronicles of skilled correspondents, the letters are presented in engaging English translations that capture the diversity of their authors' personalities. Herbert J. Brinks has included twenty-three series of letters from the Dutch Immigrant Letter Collection at Calvin College, covering periods of correspondence from three to fifty-seven years. In addition to an introduction to Dutch immigration history, the book provides abundant illustrations and brief biographies of the correspondents. Most write from Dutch American agricultural communities in Michigan, Illinois, Wisconsin, and Iowa, but some describe life in cities as far-flung as Paterson, New Jersey; Tampa, Florida; and Oak Harbor, Washington. Rural and urban, Protestant and Catholic, male and female, the letter writers capture moments from their arrival through decades of life in the New World. Affording glimpses into the daily experiences of becoming American, the letters describe the weather, the food, the price of crops, the economics of farm and factory, the peculiarities of neighbors, and the drama of politics. As they bring news of marriages, births, and deaths, sustain family members in faith, or squabble over money, they also offer an intimate view of the strength—and the frailty—of family ties over distance. 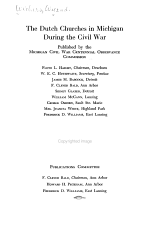 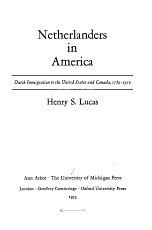 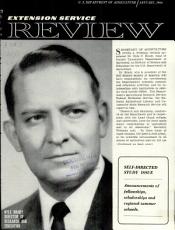 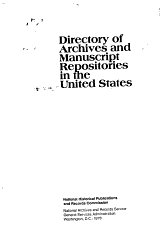