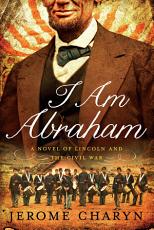 Book Description:
A narrative portrait of Abraham Lincoln in his own voice reflects on his major life events, from his picaresque youth in Illinois and improbable marriage to Kentucky belle Mary Todd through his visit to war-shattered Richmond days before his assassination. 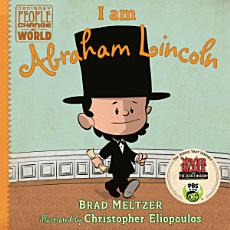 Book Description:
Follows Abraham Lincoln from his childhood to the presidency, showing how he spoke up about fairness and eventually led the country to abolish slavery. 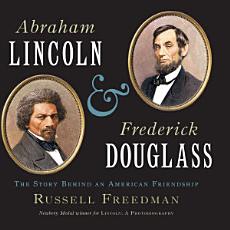 Book Description:
Recounts Abraham Lincoln's brief friendship with African American leader Frederick Douglass before and during the Civil War, narrated against the backdrop of the race relations and politics of the time. 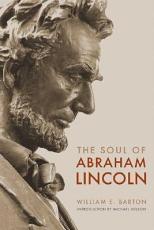 Book Description:
A wonderfully dispassionate look at Lincoln's religious passions Modern secularists have been reluctant to recognize Abraham Lincoln's deep spirituality, in spite of the fact that he was often known as "Father Abraham" and has been described as one of the most deeply religious presidents the country has ever seen. Yet for all of his familiarity with the Bible, his invocation of Providence, and of the Almighty, he did not actively participate in a church or lend his name and authority to a denomination. After more than fifty years of hagiographic and contradictory accounts of Abraham Lincoln's life, William Barton stepped boldly into the bedlam of claims and counterclaims about Lincoln's religion. Armed with an enormous collection of Lincoln materials and his own strict evidentiary rules, Barton worked to avoid partisan politicking over Lincoln's legacy and instead to simply "lay bare the facts." To enable a better examination of the vexed questions surrounding Lincoln's faith and religious principles, Barton gathered Lincoln's most important writing and speeches about religion, and topically and chronologically assembled testimonies by his friends, family, and associates, about the most important and most debated issues. This volume, Barton's first and most important work on Lincoln, is introduced by Michael Nelson who provides a history of the literature on Lincoln's religion, the historical context of Barton's writing, and the details of the method that made Barton's approach to this American icon such a distinctive success. 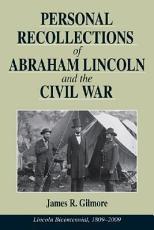 Book Description:
Long out of print and previously available only in rare bookshops, this intimate portrait is a valuable source of firsthand information about our sixteenth president. Gilmore, a Civil War-era journalist who wrote for the New York Tribune and the Atlantic Monthly, first interviewed Lincoln on the day after the Confederate attack on Fort Sumter in April 1861 and, over the course of the following years, would come to know the president well. More than just a firsthand account of Lincoln and his wartime leadership, the book also provides a glimpse into Civil War journalism and includes detailed accounts of Gilmore's interactions with Horace Greeley and the story of his behind-enemy-lines interview of Confederate president Jefferson Davis. 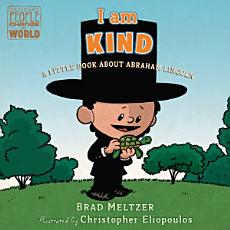 Book Description:
The littlest readers can learn about Abraham Lincoln in this board book version of the New York Times bestselling Ordinary People Change the World biography. This friendly, fun biography series focuses on the traits that made our heroes great--the traits that kids can aspire to in order to live heroically themselves. In this new board book format, the very youngest readers can learn about one of America's icons in the series's signature lively, conversational style. The short text focuses on drawing inspiration from these iconic heroes, and includes an interactive element and factual tidbits that young kids will be able to connect with. This volume tells the story of Abraham Lincoln, America's sixteenth president.

Book Description:
“Fourscore and seven years ago our fathers brought forth on this continent a new nation, conceived in liberty and dedicated to the proposition that all men are created equal.” Long before his conservative manifesto Liberty and Tyranny became a #1 New York Times bestseller, Mark R. Levin’s love for his country was instilled in him by his father, Jack E. Levin. At family dinners, Jack would share his bountiful knowledge of American history and, especially, the inspiration of Abraham Lincoln. The son of immigrants, Jack Levin is an American patriot who responded with deep personal emotion to Lincoln’s call for liberty and equality. His admiration for the great Civil War president inspired him to personally design and produce a beautiful volume, enhanced with period illustrations and striking battlefield images by Matthew Brady and other renowned photographers of the era, that brings to life the words of Lincoln’s awe-inspiring response to one of the Civil War’s costliest conflicts. Now Jack Levin’s loving homage to the spirit of American freedom is available in an essential edition that features his original foreword as well as a touching new preface by his son, Mark Levin. In this way, Abraham Lincoln’s Gettysburg Address Illustrated celebrates the passing of patriotic pride and historical insight from generation to generation, from father to son. *** The day following the dedication of the National Soldier’s Cemetery at Gettysburg, Edward Everett, who spoke before Lincoln, sent him a note saying: “Permit me to express my great admiration for the thoughts expressed by you, with such eloquent simplicity and appropriateness, at the consecration of the cemetery. I should be glad, if I could flatter myself that I came as near to the central idea of the occasion, in two hours, as you did in two minutes.” Lincoln wrote back to Everett: “In our respective parts yesterday, you could not have been excused to make a short address, nor I a long one. I am pleased to know that in your judgement the little I did say was not entirely a failure.” 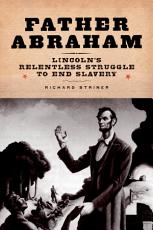 Book Description:
Lincoln is the single most compelling figure in our history, but also one of the most enigmatic. Was he the Great Emancipator, a man of deep convictions who ended slavery in the United States, or simply a reluctant politician compelled by the force of events to free the slaves? In Father Abraham, Richard Striner offers a fresh portrait of Lincoln, one that helps us make sense of his many contradictions. Striner shows first that, if you examine the speeches that Lincoln made in the 1850s, you will have no doubt of his passion to end slavery. These speeches illuminate the anger, vehemence, and sheer brilliance of candidate Lincoln, who worked up crowds with charismatic fervor as he gathered a national following. But if he felt so passionately about abolition, why did he wait so long to release the Emancipation Proclamation? As Striner points out, politics is the art of the possible, and Lincoln was a consummate politician, a shrewd manipulator who cloaked his visionary ethics in the more pragmatic garb of the coalition-builder. He was at bottom a Machiavellian prince for a democratic age. When secession began, Lincoln used the battle cry of saving the Union to build a power base, one that would eventually break the slave-holding states forever. Striner argues that Lincoln was a rare man indeed: a fervent idealist and a crafty politician with a remarkable gift for strategy. It was the harmonious blend of these two qualities, Striner concludes, that made Lincoln's role in ending slavery so fundamental. 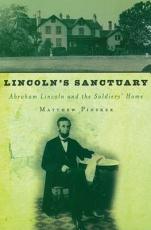 Book Description:
Presents a portrait of Abraham Lincoln's stay at a small cottage on the grounds of the Soldiers' Home during his presidency. 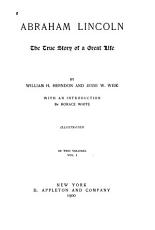