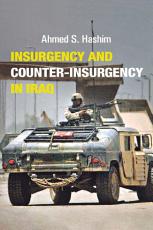 Book Description:
Years after the U.S. invasion of Iraq, a loosely organized insurgency continues to target American and Coalition soldiers, as well as Iraqi security forces and civilians, with devastating results. In this sobering account of the ongoing violence, Ahmed Hashim, a specialist on Middle Eastern strategic issues and on irregular warfare, reveals the insurgents behind the widespread revolt, their motives, and their tactics. The insurgency, he shows, is not a united movement directed by a leadership with a single ideological vision. Instead, it involves former regime loyalists, Iraqis resentful of foreign occupation, foreign and domestic Islamist extremists, and elements of organized crime. These groups have cooperated with one another in the past and coordinated their attacks; but the alliance between nationalist Iraqi insurgents on the one hand and religious extremists has frayed considerably. The U.S.-led offensive to retake Fallujah in November 2004 and the success of the elections for the Iraqi National Assembly in January 2005 have led more "mainstream" insurgent groups to begin thinking of reinforcing the political arm of their opposition movement and to seek political guarantees for the Sunni Arab community in the new Iraq. Hashim begins by placing the Iraqi revolt in its historical context. He next profiles the various insurgent groups, detailing their origins, aims, and operational and tactical modi operandi. He concludes with an unusually candid assessment of the successes and failures of the Coalition's counter-insurgency campaign. Looking ahead, Hashim warns that ethnic and sectarian groups may soon be pitted against one another in what will be a fiercely contested fight over who gets what in the new Iraq. Evidence that such a conflict is already developing does not augur well for Iraq's future stability. Both Iraq and the United States must work hard to ensure that slow but steady success over the insurgency is not overshadowed by growing ethno-sectarian animosities as various groups fight one another for the biggest slice of the political and economic pie. In place of sensational headlines, official triumphalism, and hand-wringing, Insurgency and Counter-Insurgency in Iraq offers a clear-eyed analysis of the increasingly complex violence that threatens the very future of Iraq. 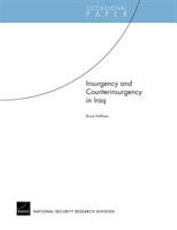 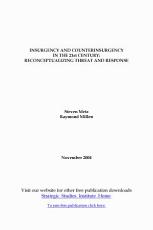 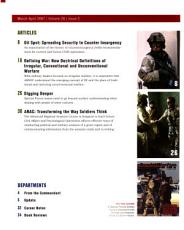 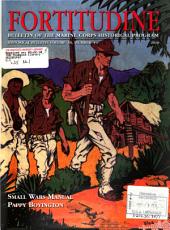 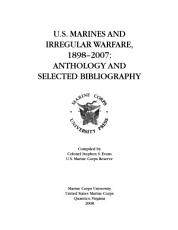 Book Description:
Product Description: Since the tragic events of 9/11 and the consequent advent of the Global War on Terrorism, there has been a remarkable surge of interest in counterinsurgency. This anthology presents 27 articles on counterinsurgency and irregular warfare, particularly highlighting and examining the U.S. Marine Corps' roles in conflicts from 1898 through 2007. It also includes an extensive bibliography of works on these conflicts. Continuing discussion and study of these subjects is of critical importance to the ongoing efforts of the United States and its allies in the Global War on Terrorism. The anthology is divided broadly into two halves: the first half presents historical examples of counterinsurgency involving the United States-from the Philippines and the "Banana Wars" up through Vietnam-while the second half addresses the nation's contemporary efforts in this regard. Articles cover the situations in Iraq, Afghanistan, and the Horn of Africa. The selected bibliography addresses a broad range of subjects: on higher-end operational/strategic level of war considerations, on geopolitical context, and on a varied array of related topics-political theory, historical case studies, failed states, cultural studies and analysis, and many others-that all provide context or play a role in conducting a counterinsurgency and achieving success in the realm of irregular warfare. Colonel Stephen S. Evans, USMCR, researched and compiled this work as a field historian with the Marine Corps History Division. He has experience at various operational levels, both joint and multinational, in CONUS and overseas, and has performed duty with all three MEFs, MARFORLANT, MARFOREUR, and U.S. forces in Korea. He has also held a range of positions in administrative and educational roles at Quantico and the Pentagon. Colonel Evans holds a doctorate in history from Temple University and has published two historical monographs. 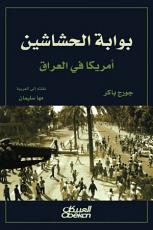 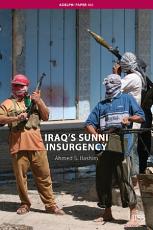 Book Description:
From 2003 to 2008, the Sunni Arab insurgency in Iraq posed a key challenge to political stability in the country and to Coalition objectives there. This paper explains the onset, composition and evolution of this insurgency. It begins by addressing both its immediate and deeper sociopolitical origins, and goes on to examine the multiple ideological strands within the insurgency and their often conflicting methods and goals. Despite organisational incoherence due to the existence of a large number of competing groups, the insurgency in Iraq sustained a particularly high tempo of operations between 2004 and 2006, causing considerable military and civilian casualties. Some insurgent groups focused on attempting to foment civil war between two of Iraq’s major communities, the Sunni and Shia Arabs and, by late 2006, they had come close to unravelling Iraq and presenting the Coalition with a major defeat. The adoption of a new approach by the US in 2007 helped reduce the level of violence in Iraq. In addition, deep fissures within the insurgency itself, between those fighting for more practical, immediate goals and the transnational Islamists and their local allies fighting for wider-reaching goals – including the promotion of sectarian strife – contributed to the insurgency’s diminution. It remains to be seen whether there will be a widespread recognition among Sunni Iraqis of the need to work with the Coalition to facilitate their community’s reintegration into the new Iraqi body politic. 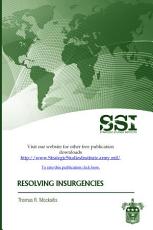 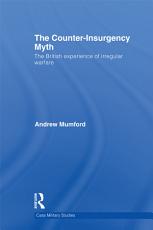