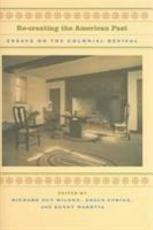 Book Description:
Although individually and collectively Americans have many histories, the dominant view of our national past focuses on the colonial era. The reasons for this are many and complex, touching on stories of the country's origins and of the founding fathers, the privileged position in history granted the thirteen original colonies, and the ways in which the nation has adjusted to change and modernity. But no matter the cause, the result is obvious: images and forms derived from and related to America's colonial past are the single most popular form of cultural expression. Often conceived solely in architectural terms, from the red-brick and white-trimmed buildings that recall eighteenth-century James River estates to the clapboarded saltboxes that recall early New England, Colonial Revival is in fact better understood as a process of remembering. In Re-creating the American Past, architectural historian Richard Guy Wilson and a host of other scholars examine how and why Colonial Revival has persisted in modern times. The volume contains essays that explore Colonial Revival expressions in architecture, landscape architecture, historic preservation, decorative arts, and painting and sculpture, as well as the social, intellectual, and cultural background of the phenomena. Based on the University of Virginia's landmark 2000 conference "The Colonial Revival in America," Re-creating the American Past is a comprehensive and handsome volume that recovers the origins, characteristics, diversity, and significance of the Colonial Revival, situating it within the broader history of American design, culture, and society.

Book Description:
Helping young people select appropriate historical fiction is easy with this annotated bibliography of 970 recommended American and world titles published to early 1994. Spanning grades 1-10+ it includes adult titles suitable for young adult readers. At least 200 of the titles are award winners. Each entry contains both reading and interest grade levels, a short incisive annotation about the historical event, setting, plot, protagonist and theme, current publication availability, and awards won. Seven reference appendices allow the user to search by country of setting, reading and interest grade level, protagonists from minority groups, sequels or the same characters in a series, important historical dates, and a glossary of historical and famous people or groups appearing in the works. 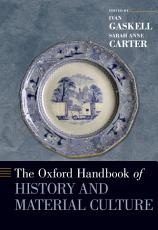 Book Description:
Most historians rely principally on written sources. Yet there are other traces of the past available to historians: the material things that people have chosen, made, and used. This book examines how material culture can enhance historians' understanding of the past, both worldwide and across time. The successful use of material culture in history depends on treating material things of many kinds not as illustrations, but as primary evidence. Each kind of material thing-and there are many-requires the application of interpretive skills appropriate to it. These skills overlap with those acquired by scholars in disciplines that may abut history but are often relatively unfamiliar to historians, including anthropology, archaeology, and art history. Creative historians can adapt and apply the same skills they honed while studying more traditional text-based documents even as they borrow methods from these fields. They can think through familiar historical problems in new ways. They can also deploy material culture to discover the pasts of constituencies who have left few or no traces in written records. The authors of this volume contribute case studies arranged thematically in six sections that respectively address the relationship of history and material culture to cognition, technology, the symbolic, social distinction, and memory. They range across time and space, from Paleolithic to Punk. 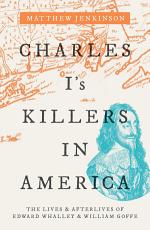 Book Description:
When the British monarchy was restored in 1660, King Charles II was faced with the conundrum of what to with those who had been involved in the execution of his father eleven years earlier. Facing a grisly fate at the gallows, some of the men who had signed Charles I's death warrant fled to America. Charles I's Killers in America traces the gripping story of two of these men -- Edward Whalley and William Goffe -- and their lives in America, from their welcome in New England until their deaths there. With fascinating insights into the governance of the American colonies in the seventeenth century, and how a network of colonists protected the regicides, Matthew Jenkinson overturns the enduring theory that Charles II unrelentingly sought revenge for the murder of his father. Charles I's Killers in America also illuminates the regicides' afterlives, with conclusions that have far-reaching implications for our understanding of Anglo-American political and cultural relations. Novels, histories, poems, plays, paintings, and illustrations featuring the fugitives were created against the backdrop of America's revolutionary strides towards independence and its forging of a distinctive national identity. The history of the 'king-killers' was distorted and embellished as they were presented as folk heroes and early champions of liberty, protected by proto-revolutionaries fighting against English tyranny. Jenkinson rewrites this once-ubiquitous and misleading historical orthodoxy, to reveal a far more subtle and compelling picture of the regicides on the run. 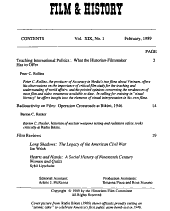 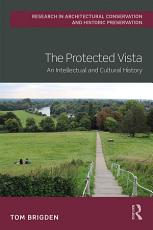 Book Description:
The Protected Vista draws a historical lineage from the eighteenth-century picturesque to present-day planning policy, highlighting how the values embedded within familiar views have developed over time through appropriation by diverse groups for cultural and political purposes. The book examines the intellectual construction of the protected vista, questioning the values entrenched within the view, by whom, and how they are observed and disseminated, to reveal how these views have been, and continue to be, part of a changing historical and political narrative. With a deeper knowledge and understanding of the shifting values in urban views, we will be better equipped to make decisions surrounding their protection in our urban centres. The book identifies the origins of current view protection policy in the aesthetic convention of the picturesque, drawing on a range of illustrated examples in the UK, the US, Australia, Canada and South Africa, to serve as a useful reference for students, researchers and academics in architecture, architectural conservation, landscape and urban planning. 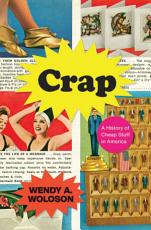 Book Description:
Crap. We all have it. Filling drawers. Overflowing bins and baskets. Proudly displayed or stuffed in boxes in basements and garages. Big and small. Metal, fabric, and a whole lot of plastic. So much crap. Abundant cheap stuff is about as American as it gets. And it turns out these seemingly unimportant consumer goods offer unique insights into ourselves—our values and our desires. In Crap: A History of Cheap Stuff in America, Wendy A. Woloson takes seriously the history of objects that are often cynically-made and easy to dismiss: things not made to last; things we don't really need; things we often don't even really want. Woloson does not mock these ordinary, everyday possessions but seeks to understand them as a way to understand aspects of ourselves, socially, culturally, and economically: Why do we—as individuals and as a culture—possess these things? Where do they come from? Why do we want them? And what is the true cost of owning them? Woloson tells the history of crap from the late eighteenth century up through today, exploring its many categories: gadgets, knickknacks, novelty goods, mass-produced collectibles, giftware, variety store merchandise. As Woloson shows, not all crap is crappy in the same way—bric-a-brac is crappy in a different way from, say, advertising giveaways, which are differently crappy from commemorative plates. Taking on the full brilliant and depressing array of crappy material goods, the book explores the overlooked corners of the American market and mindset, revealing the complexity of our relationship with commodity culture over time. By studying crap rather than finely made material objects, Woloson shows us a new way to truly understand ourselves, our national character, and our collective psyche. For all its problems, and despite its disposability, our crap is us. 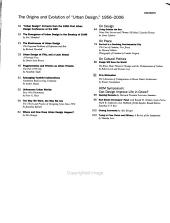