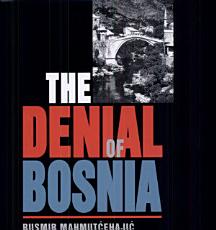 Book Description:
Mahmutcehaji'c (former vice president of the Bosnia-Herzegovina government) first prepared this text as a lecture to be given at Stanford University in 1997, but he was unexpectedly denied a visa to enter the United States. The book is an indictment of the partition of Bosnia and a plea for Bosnia's communities to reject ethnic segregation and restore mutual trust. He argues that different religious and ethnic cultures have co-existed in Bosnia for centuries, and that the partitioning was made possible by Western complicity with Serbian and Croatian nationalists. Annotation copyrighted by Book News Inc., Portland, OR 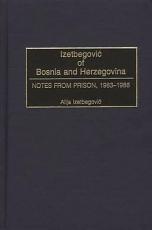 Book Description:
As the leading Muslim political spokesman and intellectual, Izetbegovic was sentenced in 1983 to a 14-year prison term. During the six years he served in prison, he wrote notes on life issues, religion, and politics. These reflections were smuggled out of prison and edited for publication in this collection along with a selection of letters from his family. 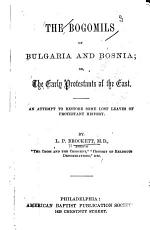 Book Description:
"Explores the widespread ethnic cleansing that occurred in Bosnia and Herzegovina from 1992 through 1995, war crimes and crimes against humanity committed by Serbs against Bosnian Muslims that fully meet the criteria for genocide established after World War II by the Genocide Convention of 1948...Contextualizes the East Bosnian program of atrocities with respect to broader scholarly debates about the nature of genocide."--Publishers website 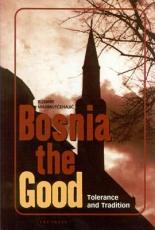 Book Description:
An indictment of the partition of Bosnia-Herzegovina, formalized in 1995 by the Dayton Accord. The war in Bosnia divided and shook the country to its foundations, but the author argues it could become a model for European progress. The greatest danger for Bosnia is to be declared just another ethnoreligious entity, in this case a 'Muslim State' ghettoized inside Europe. The author examines why Western liberal democracies have regarded with sympathy the struggles of Serbia and Croatia for national recognition, while viewing Bosnia's multicultural society with suspicion. 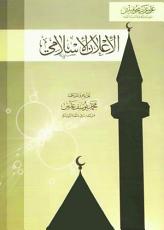 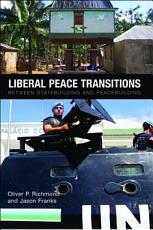 Book Description:
A critical assessment of current liberal approaches to post-conflict statebuilding with constructive suggestions as to where improvements might be made. Newly available in paperback. 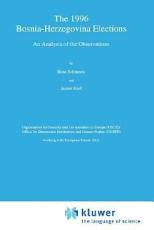 Book Description:
On 14th September 1996, against the background of the Dayton agreement, six different elections took place in Bosnia-Herzegovina. This book covers in detail what was observed on the ground by 900 international observers: the voting process and the count of votes. Did the Polling Station Committee act impartially and competently? What representatives of parties or candidates were observing the elections? In which aspects do the regions in the entities Republica Srpska and the Federation Bosnia-Herzegovina differ? Did observers report specific problems in municipalities split by the Inter Entity Boundary Line? The book contributes to a clear understanding of the political climate, the role of the OSCE, and whether the elections were conducted properly. It should be of interest to students, scholars and others working in observation and analysis of elections, the political situation in Bosnia-Herzegovina, ethnic conflicts, and the role of international organisations in democratisation and peace processes. 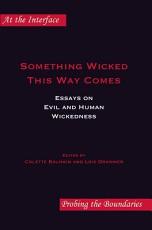 Book Description:
The papers collected in this volume are expanded from papers given at the 6th Global Conference on Evil and Human Wickedness, which took place in March 2005. The chapters here represent the diversity and interdisciplinary nature of the conference itself covering topics such as historical and theological concepts of evil, media representations of evil, contemporary debates surrounding the Bosnia war and woman perpetrators in Birkenau, and the construction of the Other as evil in the face of the continuing hysteria over AIDS. The range of the papers collected here makes this book essential reading for students of all humanities disciplines. Colette Balmain is an expert in East Asian horror cinema and has just published her first book, Introduction to Japanese Horror Film (Edinburgh University Press: 2008). She has published extensively and given conference papers on Japanese and Korean art and horror cinema. She has also written on American and European horror and science fiction cinema. Lois Drawmer is a principal lecturer at Buckinghamshire New University, in the School of Arts & Media. Her research interests and publications focus on women artists, 19th century art, gender and culture, media and identity, and the relationship between corporeality and the metaphysical / occult. She has been a Director and Trustee of the De Morgan Foundation and has lectured extensively in the UK and abroad.