Book Description:
Professor Andrew Louth shows how the Protestant theologian Karl Barth, in his approach to the mystery of the Incarnation of Jesus Christ, opens up a fresh approach to Mary, the Mother of the Lord. Barth’s insights are of particular significance for dialogue between the Churches. 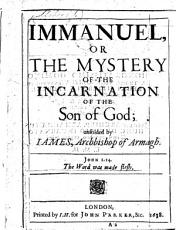 Book Description:
How can I know God if he is incomprehensible? Is it possible to know God in a way that takes seriously the fact that he is beyond knowledge? Steven Boyer and Christopher Hall argue that the "mystery of God" has a rightful place in theological discourse. They contend that considering divine incomprehensibility invites reverence and humility in our thinking and living as Christians and clarifies a variety of theological topics. The authors begin by investigating the biblical, historical, and practical foundations for understanding the mystery of God. They then spell out its implications for theological issues and practices such as the incarnation, salvation, and prayer, rooting knowledge of God in a concrete life of faith. Evangelical yet ecumenical, this book will appeal to theology students, pastors, church leaders, and all who want intellectual and practical guidance for knowing the unknowable God. 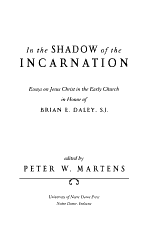 Book Description:
"The essays in this volume, honoring the scholarship and teaching of Brian E. Daley, S. J., Catherine F. Huisking Professor of Theology at the University of Notre Dame, explore the christological and trinitarian views of early Christian writers and theologians from the second through the seventh century. They include a study of the apocalyptic motifs and Christology in the second-century Letter to the Churches of Lyons and Vienne; of the Chalcedonian creed, viewed as a restatement of Christ's mystery and an expression of praise; and comparative analyses of the christological and trinitarian views of Athanasius, Hilary of Poiters, Gregory of Nazianzus, Eustathius of Antioch, Marcellus of Ancyra, Augustine, Origen, sixth-century theologians of the Theopaschite controversy, Cyril of Alexandria, and Maximus the Confessor. Running through the arguments of various essays is the theme, reflecting a strongly held conviction of Brian E. Daley, that patristic Christologies cannot be appreciated only in terms of conciliar debates and responses to theological and ontological problems, but must be interpreted in the largest possible context of concerns about Christian practice and discipleship, scriptural interpretation, martyrdom, salvation, the love between Christ and believers, and the ultimate mystery of the incarnation."--BOOK JACKET. 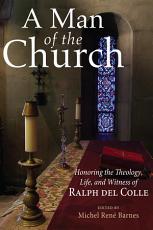 Book Description:
Ralph del Colle was born in New York City on October 3, 1954 and was raised in Mineola, Long Island. He attended Xavier High School in Chelsea and received a BA in History and Literature of Religions from New York University, and MDiv, MPhil, and PhD degrees from Union Theological Seminary. Ralph taught for 17 years in the Marquette University Theology Department; prior to that he taught at Barry University, Miami Shores, Florida and at St. Anselm College, Manchester, New Hampshire. Ralph's lively Christian faith and interest in church unity led to his participation in ecumenical dialogues. He served as a representative to the International Catholic-Pentecostal Dialogue for the Pontifical Council on Christian Unity for 12 years and also served on the Catholic-Reformed Dialogue and Catholic-Evangelical Dialogue, both for the U.S. Conference of Catholic Bishops. He was invited by the Pontifical Council to serve as a representative to the World Council of Churches Assembly in Harare, Zimbabwe in 1998. In 2002-2003, he served as the President of the Society for Pentecostal Studies and in 2003 Ralph received the Archbishop's Vatican II Award. Ralph's scholarly work, especially his work on the Holy Spirit, made significant contributions to the field of Systematic Theology. Ralph died in July of 2012, slightly more than four weeks after he was diagnosed with a rare form of liver cancer. He was fifty-seven.

Book Description:
Bishop Schonborn offers a beautiful summary of the central mystery of our faith--the Incarnation--and provides a clear, reassuring presentation of the mysteries that surround the awesome reality of the Son of God becoming man. Using beautiful color icons to illustrate his meditations, Schonborn gives profound insights on the articles of the Creed that relate to the Incarnation. 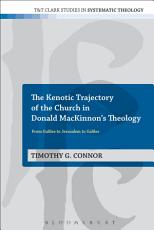