Book Description:
For the past decade the United Nations has attempted to administer justice in territories placed under its executive authority ?an undertaking for which there was no established precedent or doctrine. Examining the UN's legal and judicial reform efforts in Kosovo and East Timor, this volume argues that rather than helping to establish a sustainable legal system, the organization's approach detracted from it. Justice standards were sacrificed for the sake of prosecutions and the legal vacuum was not filled effectively. The desire to create functioning courts exceeded the UN's efforts to deal with detainees. Local ownership was erroneously regarded as a means to the end of achieving a sustainable legal system. And the UN's adoption of rights standards unsuited to the circumstances led it to break its own laws. As a result, instead of easing key tensions at the heart of governance operations, the UN's approach aggravated them. Dr. Calin Trenkov-Wermuth and his colleagues offer the first full account of the UN's administration of justice in governance operations. He also suggests methods to improve on its efforts. The book will be of interest to academics and practitioners in international law, political science, ethics and applied philosophy, and transitional justice. 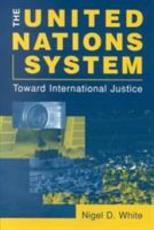 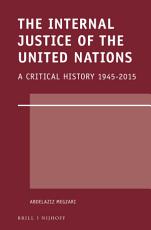 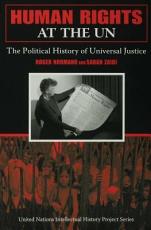 Book Description:
Human rights activists Roger Normand and Sarah Zaidi provide a broad political history of the emergence and development of the human rights movement in the 20th century through the crucible of the United Nations, focusing on the hopes and expectations, concrete power struggles, national rivalries, and bureaucratic politics that molded the international system of human rights law. The book emphasizes the period before and after the creation of the UN, when human rights ideas and proposals were shaped and transformed by the hard-edged realities of power politics and bureaucratic imperatives. It also analyzes the expansion of the human rights framework in response to demands for equitable development after decolonization and organized efforts by women, minorities, and other disadvantaged groups to secure international recognition of their rights. 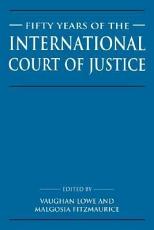 Book Description:
To mark the fiftieth anniversary of the International Court of Justice, a distinguished group of international judges, practitioners and academics has undertaken a major review of its work. The chapters discuss the main areas of substantive law with which the Court has been concerned, and the more significant aspects of its practice and procedure in dealing with cases before it. It discusses the role of the Court in the international legal order and its relationship with the political organs of the United Nations. The thirty-three chapters are presented under five headings: the Court; the sources and evidence of international law; substance of international law; procedural aspects of the Court's work; the Court and the United Nations. It has been prepared in honour of Sir Robert Jennings, judge and sometime President of the Court. 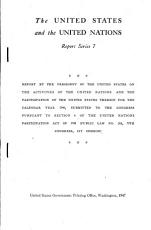 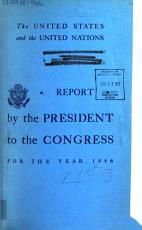